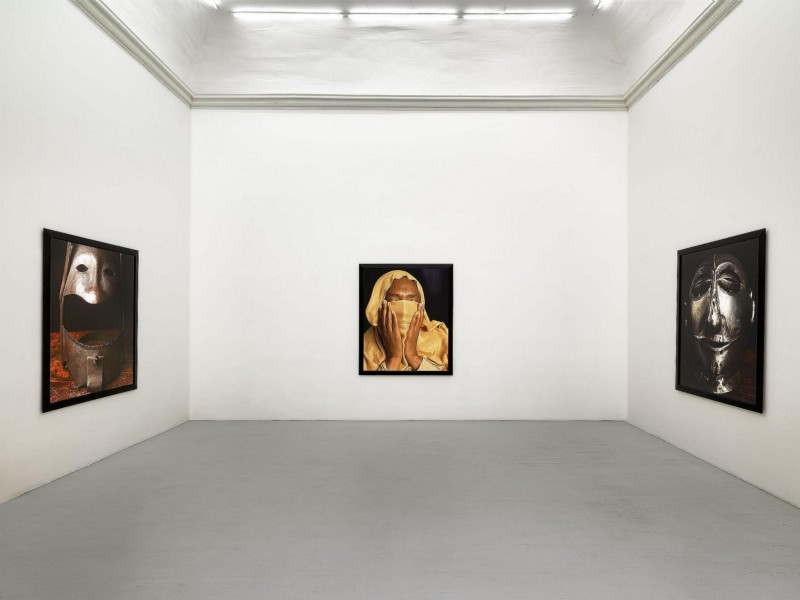 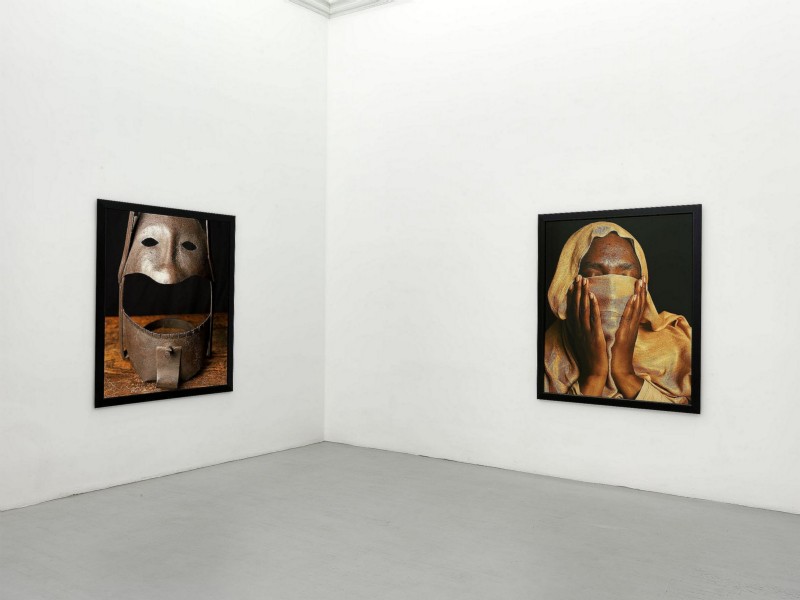 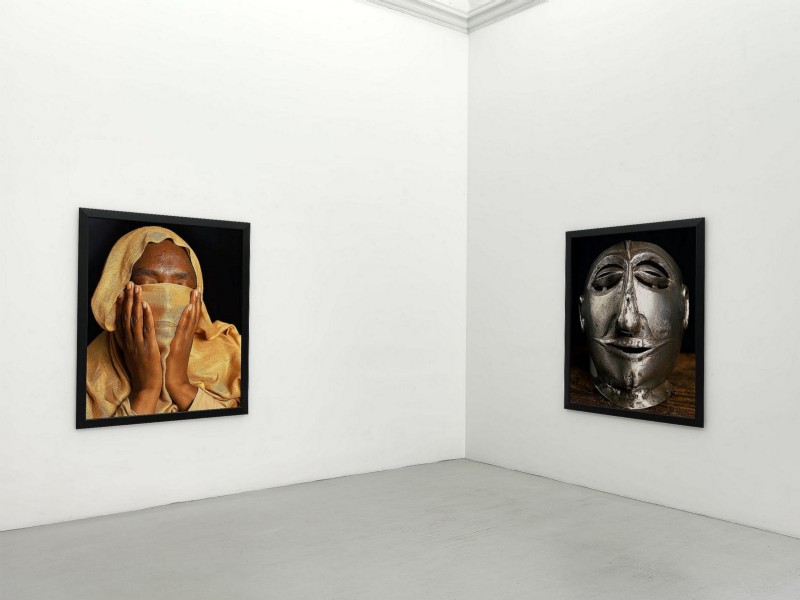 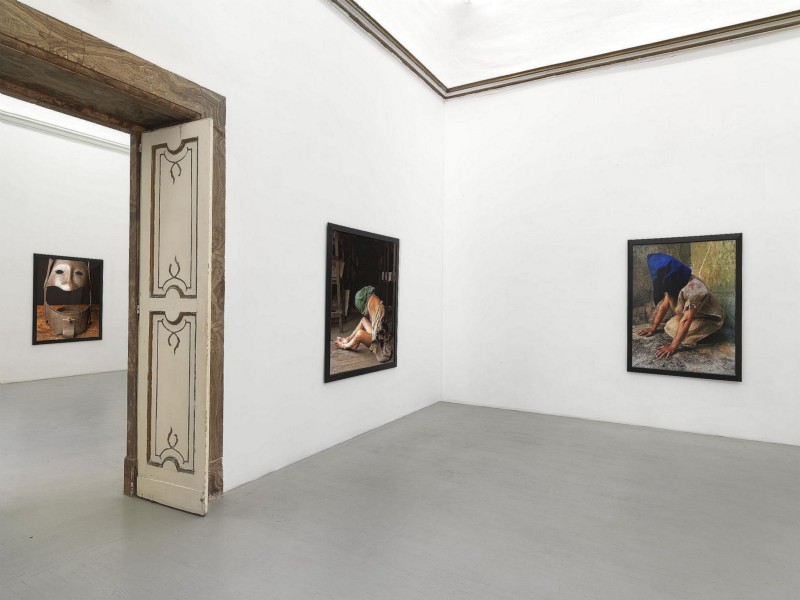 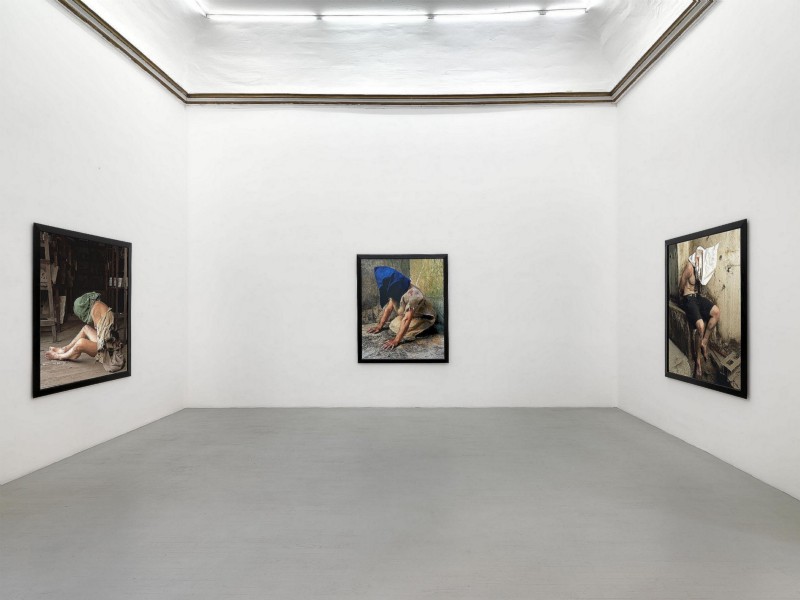 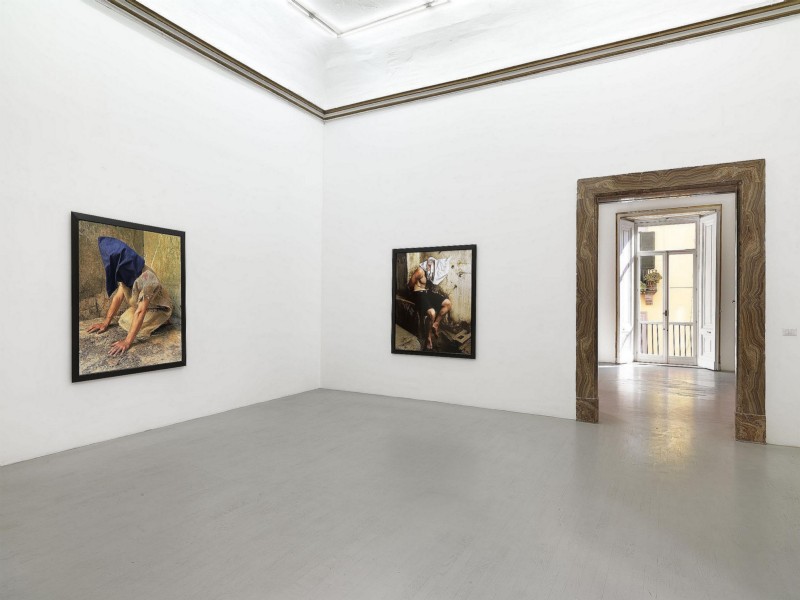 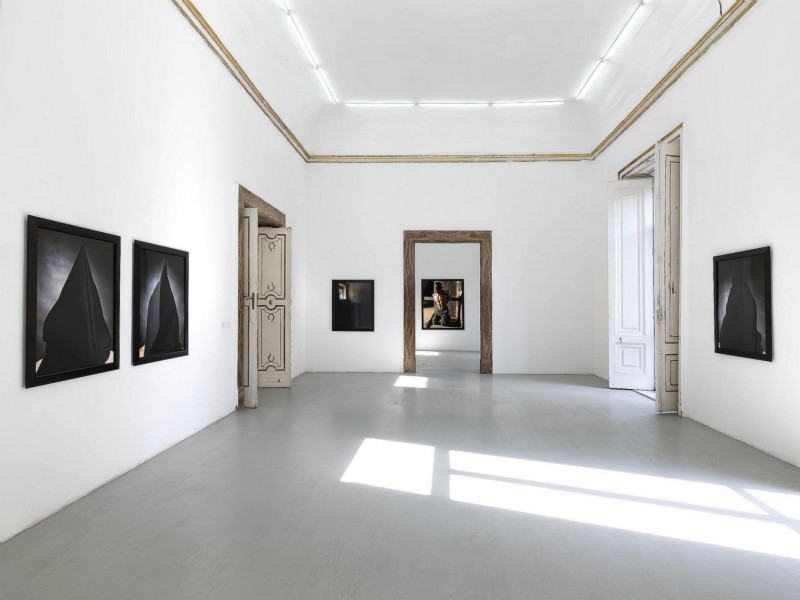 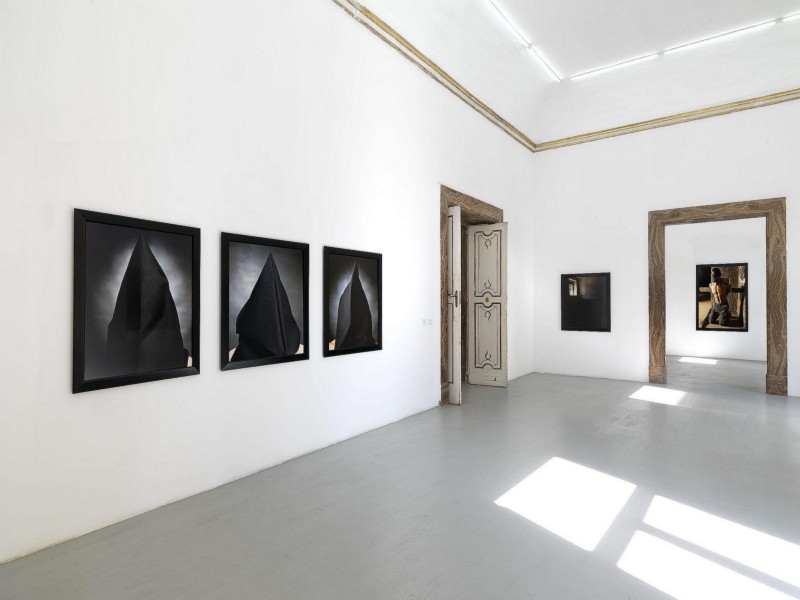 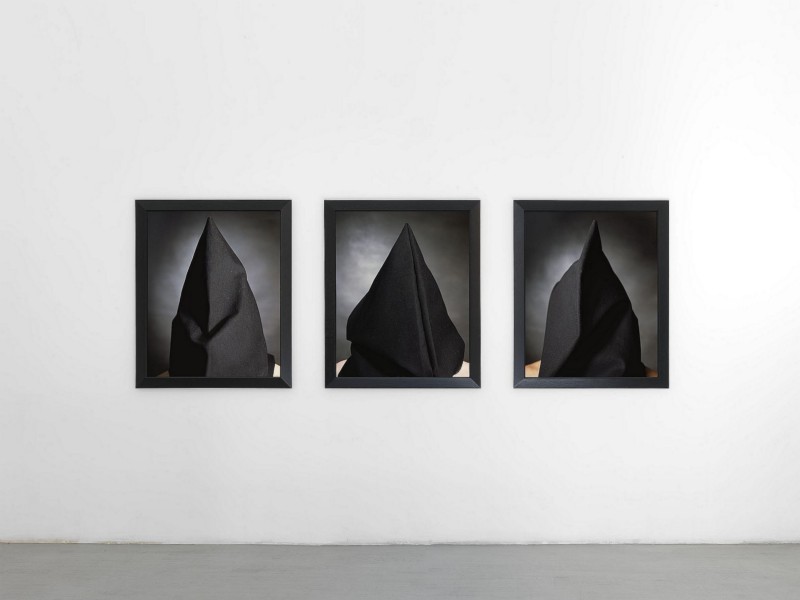 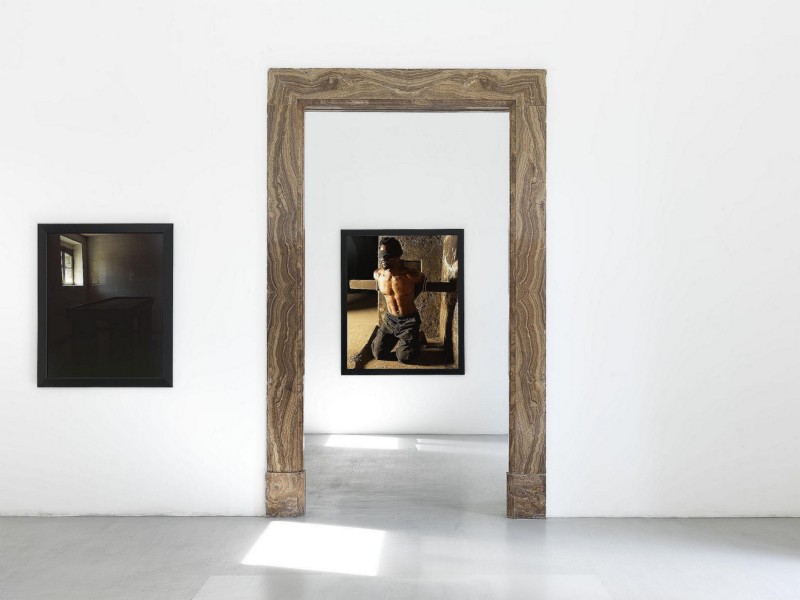 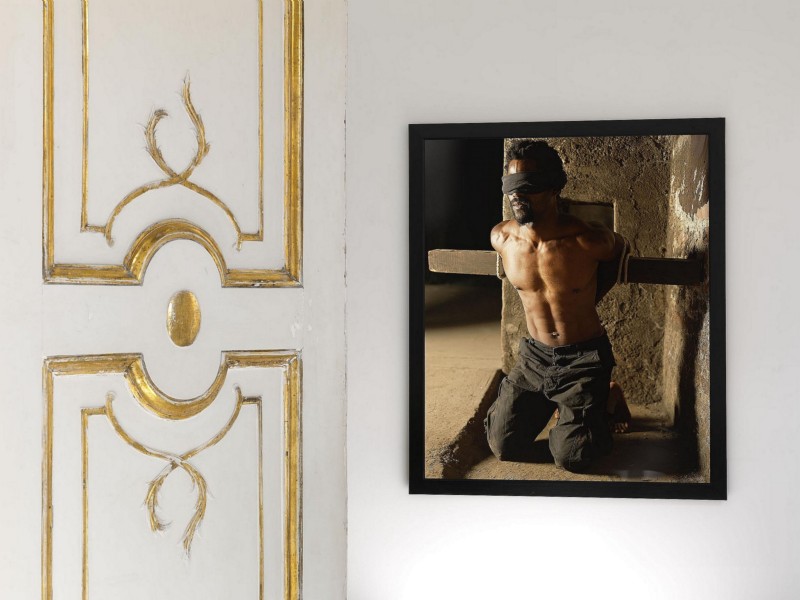 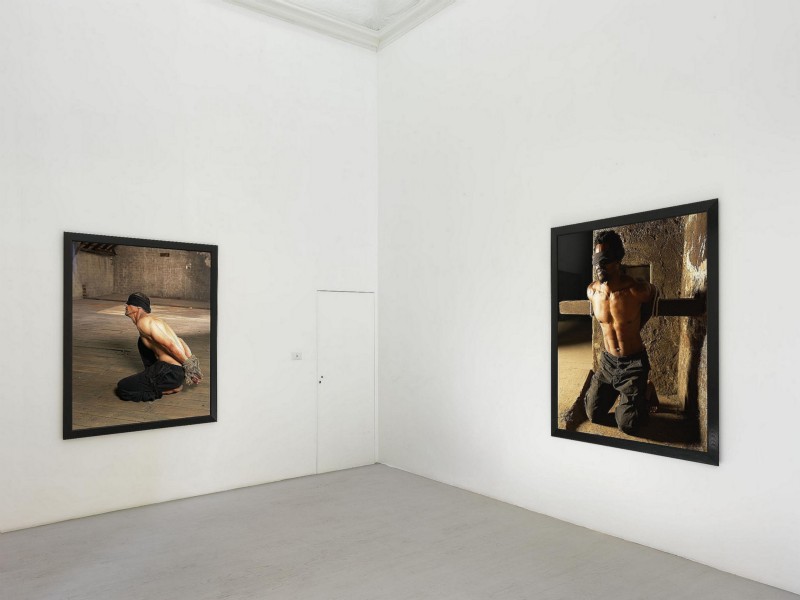 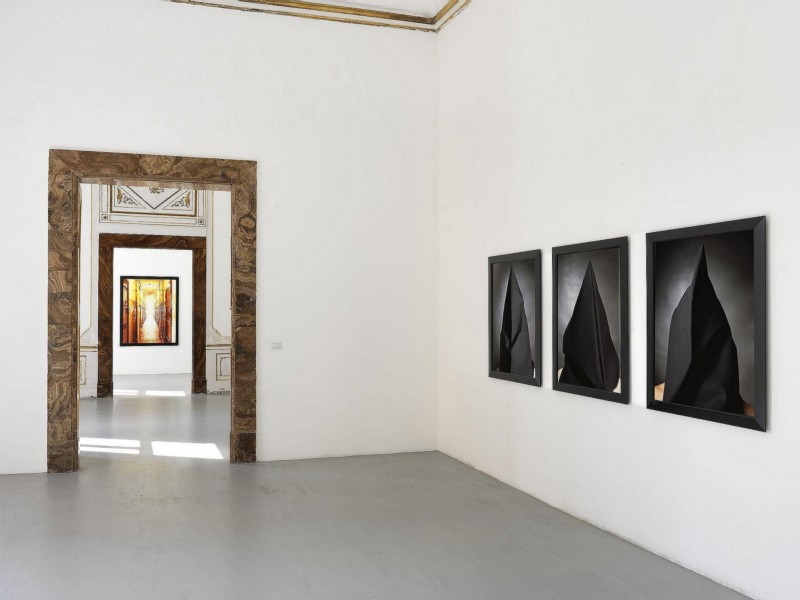 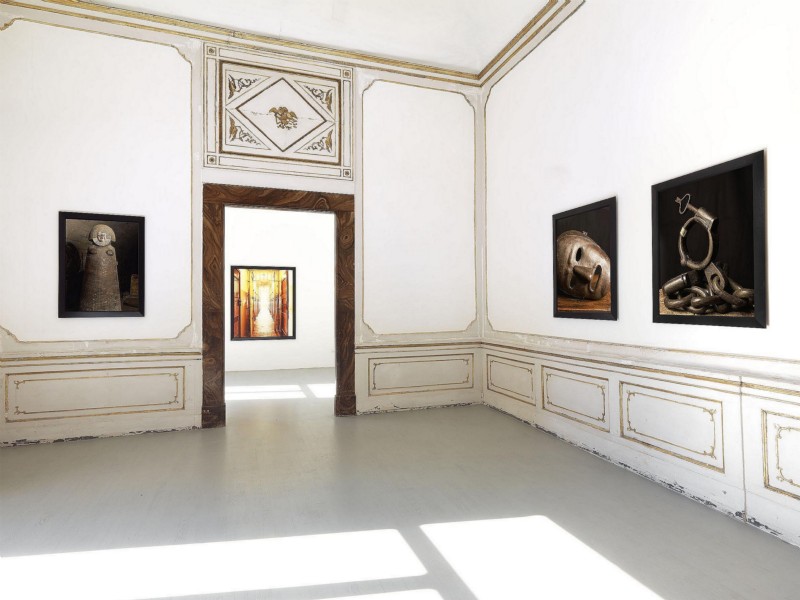 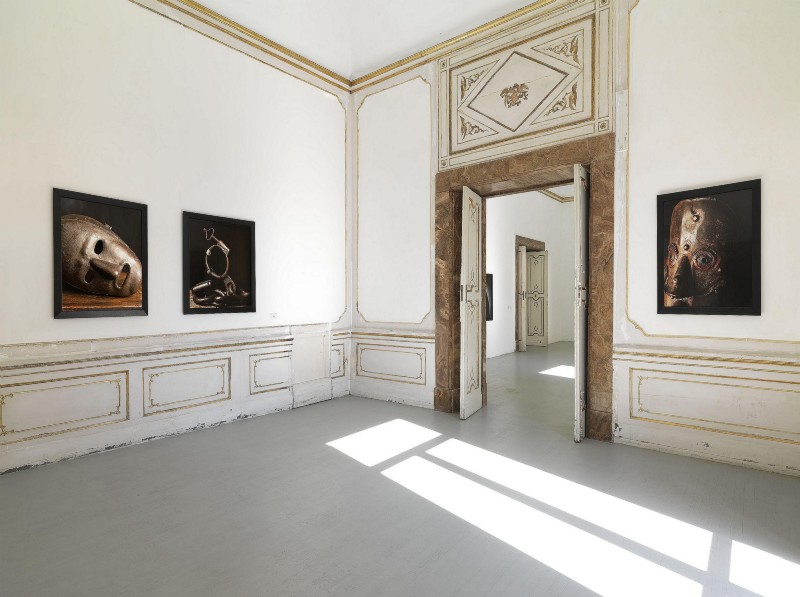 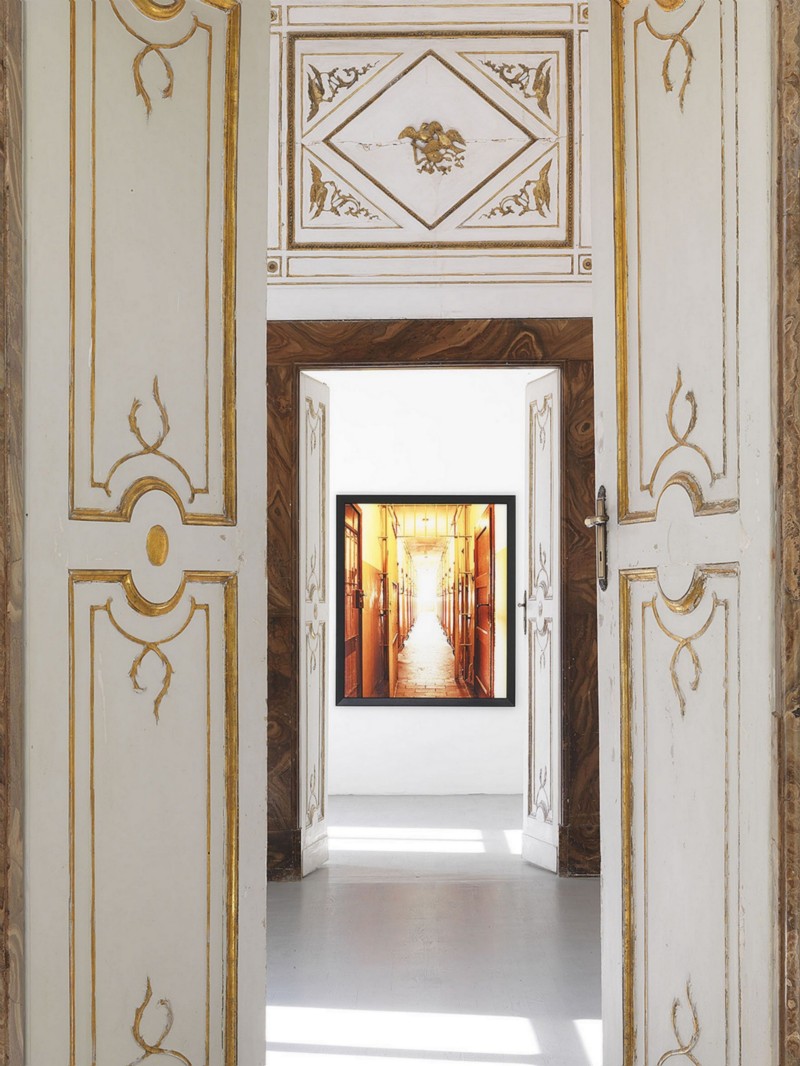 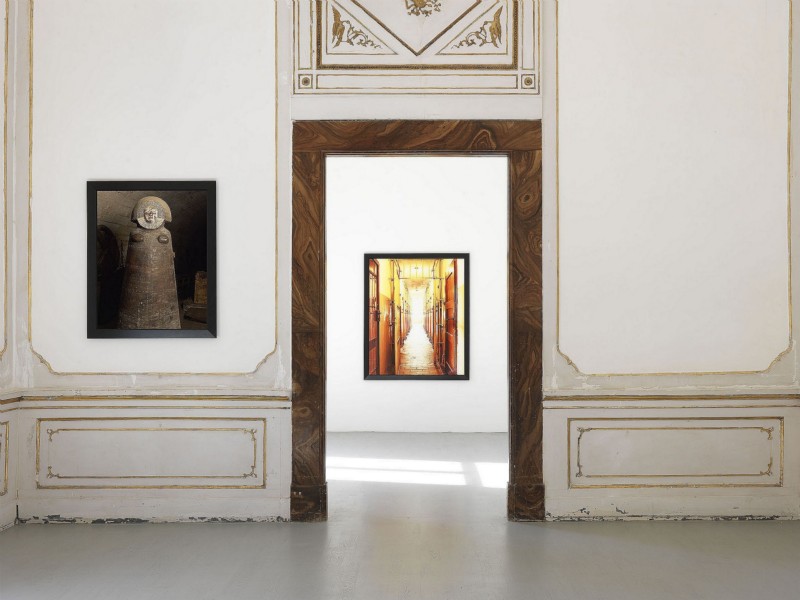 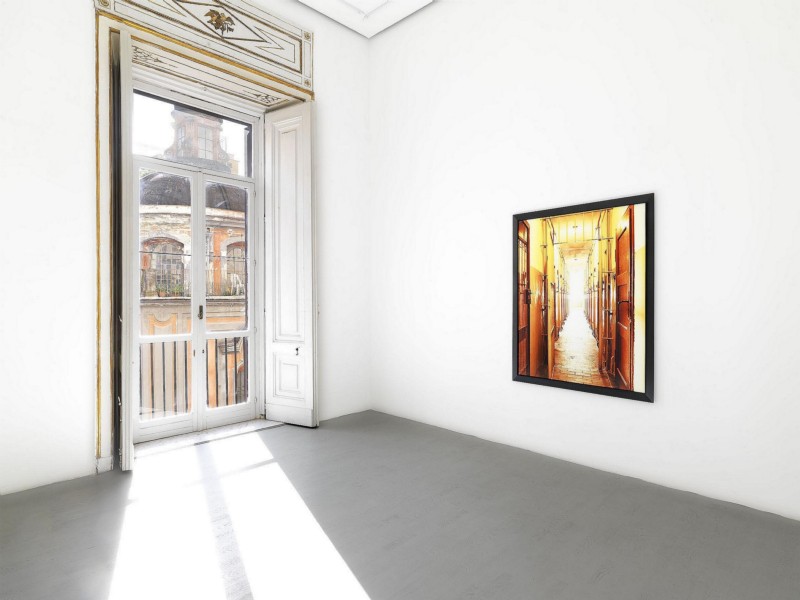 Alfonso Artiaco gallery is pleased to announce the opening of the solo exhibition by Andres Serrano on Saturday, February 11th, 2017 at 7 pm, the artist will be present.

It's been twenty years since his last exhibition, Andres Serrano comes back with his third exhibition at Alfonso Artiaco Gallery: "Torture."

The show presents 18 works from the "Torure" series.

His interest in torture began in 2005 when Serrano was asked by The New York Times Magazine to produce images of torture for the cover and lead article "What we don't talk about when we talk about torture".

Ten years later, in 2015, after meeting with a/political group (an organization founded in 2013 with utopian objectives, working independently to allow artists total creative freedom in the initiation production and curatorial stages of collaborative projects), Serrano got all the logistical support to produce the series. He decided to return to the subject of Torture because it is both timely and timeless, a part of the human condition ever-present in our lives.

With this work, Serrano enters into buildings of pain and suffering, recreating scenes with extreme accuracy. Some of the work was done in torture museums and former concentration camps, while the rest was made in a former munitions factory in Maubourguet, France, now known as the Foundry, a residence for artists run by a/political and artist, Andrei Molodkin.

There, at the Foundry, Serrano photographed a number of models simulating modern interrogation and torture techniques.

The intent was to "look at torture from different prospective and to photograph the subject in a way that made sense aesthetically." Being able to empathize with the victim and the torturer, Serrano tries to assume the role of the executioner and torturer.

As Germano Celant wrote in his essay "Photographs without escape" the area chosen by the artist is the one that "represents the unpresentable, whatever goes beyond every conceivable dimension and ethics. His work has tended to exceed all limits to get closer to a tragic vision, which in its tension leads to a discourse on human beings, of whom a two-faced picture is given. His photography is thus an interrogation and a meditation, religious in nature, to get a grasp of the mystery of life and its extreme manifestations, from sex to politics, from living to dying. "

Walking through this exhibition, the drama and the violence that torture brings within itself is represented in different ways to indicate different points of view investigating the human suffering of the victims and the folly of the executioner. Speaking of the latter, the darker side of the viewer's imagination is stimulated by the view of six photographs that represent historical objects related to torture, four of which came from the Hever collection of authentic torture devices.

Included in the exhibition are five photos of men twisted in positions that make us imagine the drama that these men are going to face. Images like this are implanted in our collective psyche through the media and the events at Abu Ghraib. These reenactments were made at the Foundry, a place that the artist said could, under the right circumstances, have served as a black site before it was turned into an artist in residence. Continuing through the exhibition we then find the "Hooded Men" series (4 photographs) and "Fatima". In both cases, Serrano here decided to use as a model a real victim of torture. In the first case, he asked the "Hooded Men" of Northern Ireland, several men who were detained and tortured in 1972 by the British authorities as suspected members of Irish Republic Army, to pose for him, with hoods on. "If I was photographer I'd take a convention portrait of their faces but I'm not," says Serrano. "I'm a conceptual artist and I wanted to take a picture of "The Hooded Men."

Whereas with "Fatima," the decision to cover her face was hers but in doing so, she becomes a symbol for all those women who have endured torture and humiliation at the hands of their torturers.

Lastly, there is one shot that shows an empty room from the Buchenwald concentration camp in Germany. Here it seems that the nothingness of the corridor has been faded by the omnipotence of evil and brutality.

When the director of a-political, Becky Haghpanah-Shirwan discusses with Andres Serrano the need for someone to distinguish between news or art images, Andres replied: " I don't think a constructed image is less powerful than a real one. A great journalistic photograph has power because it's real, whereas a great fabricated image has power because it's art."

When we face these works, we feel torn between the formal fascination of these amazing pictures and the embarrassment and discomfort that these same images create on us when we think of what they represent.