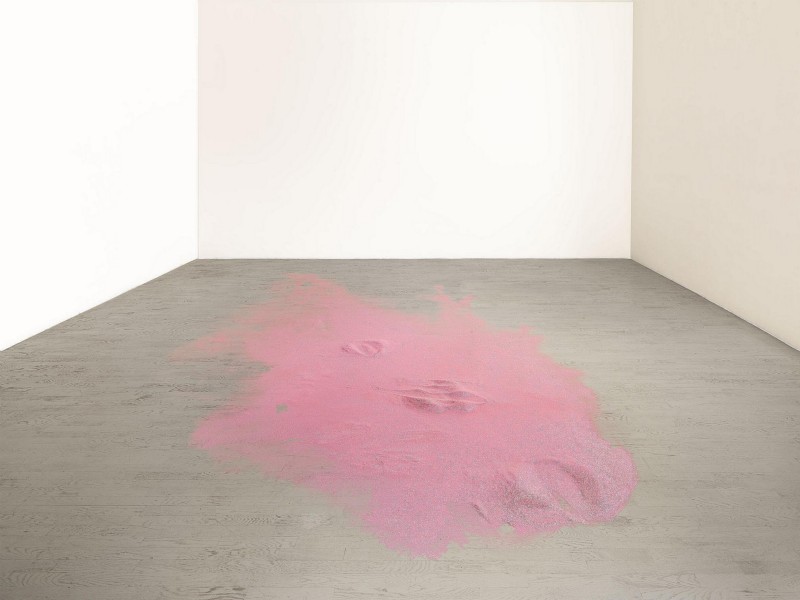 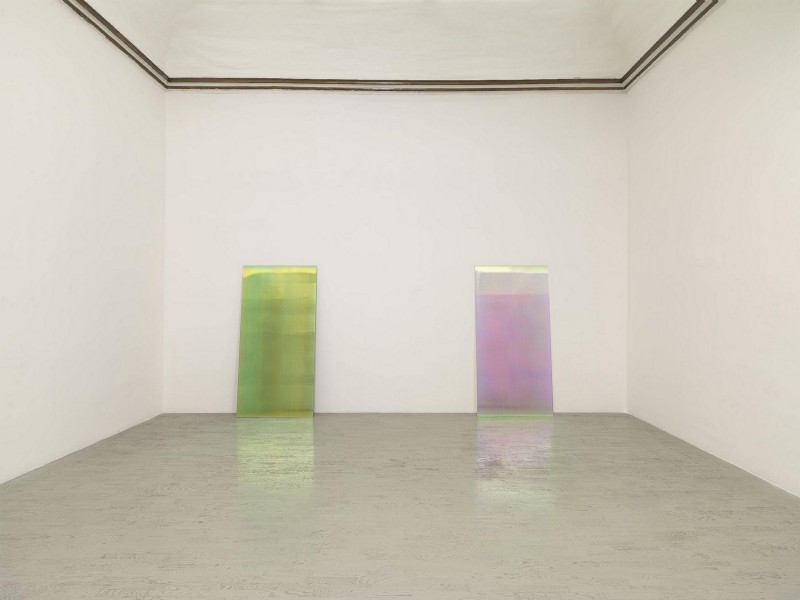 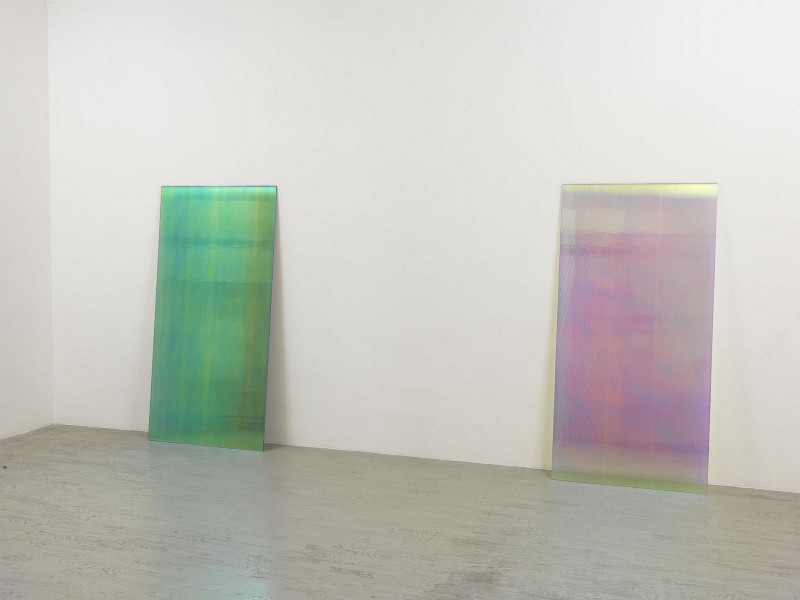 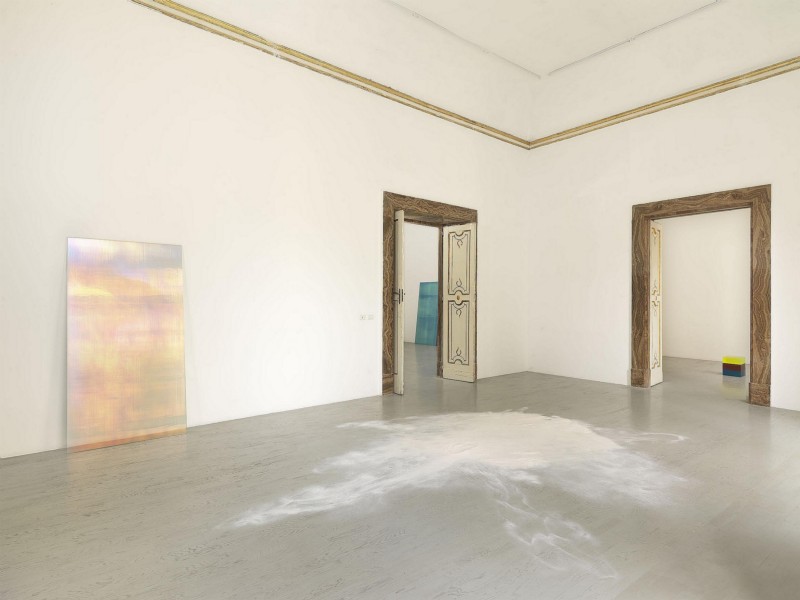 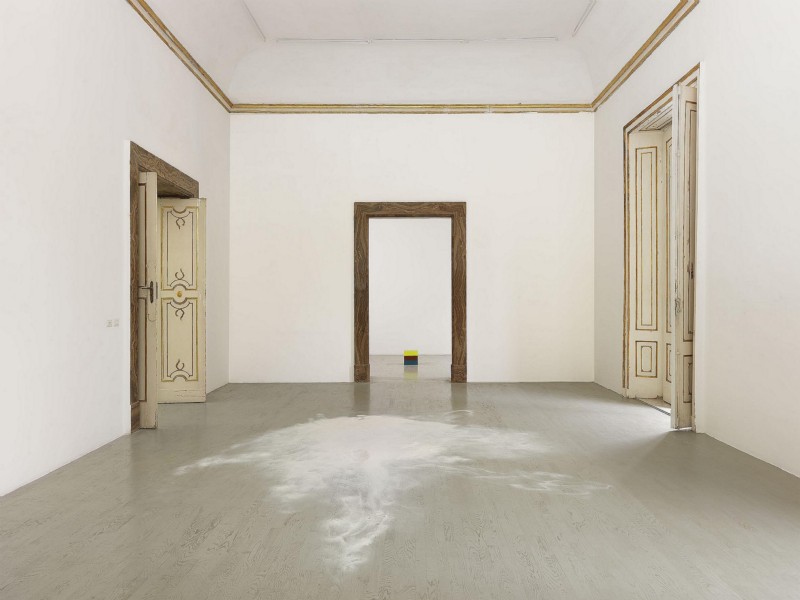 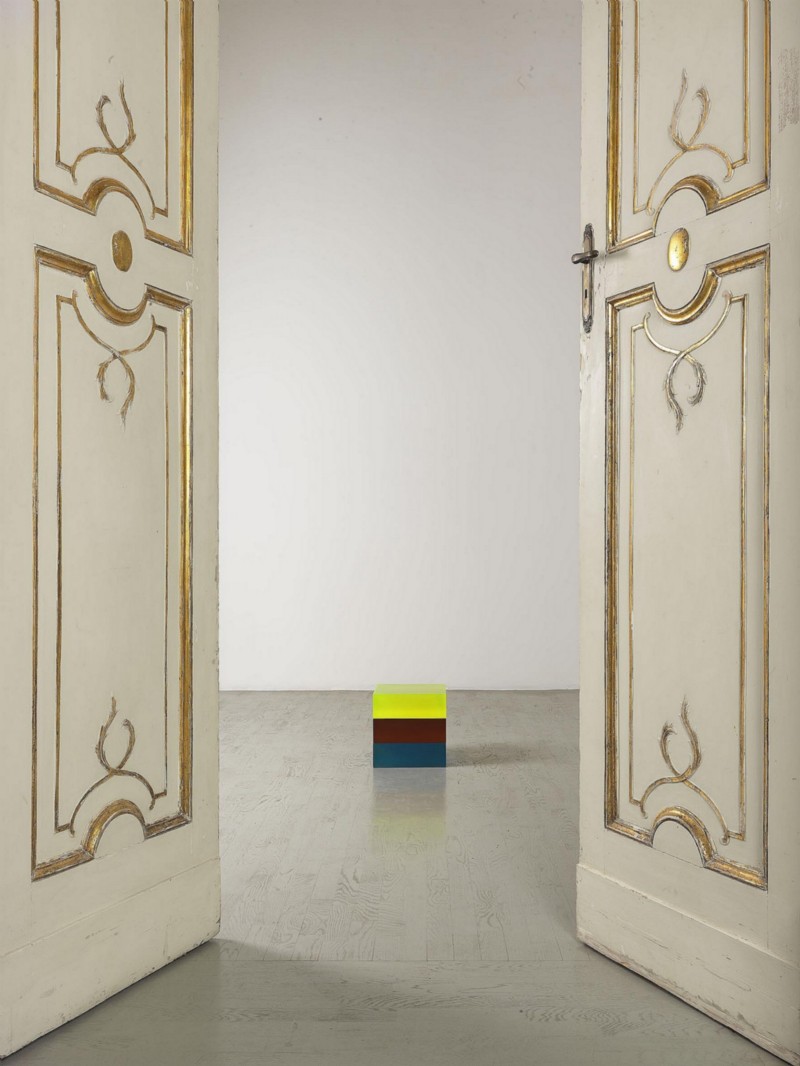 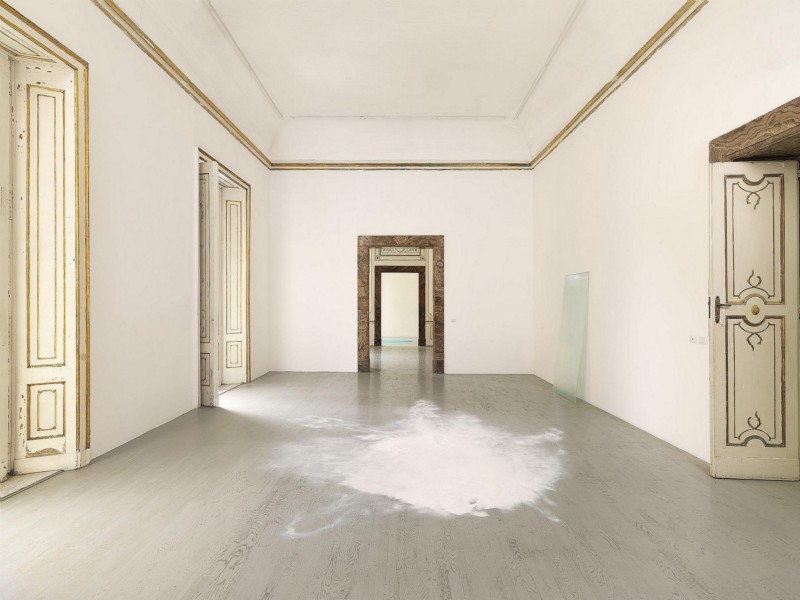 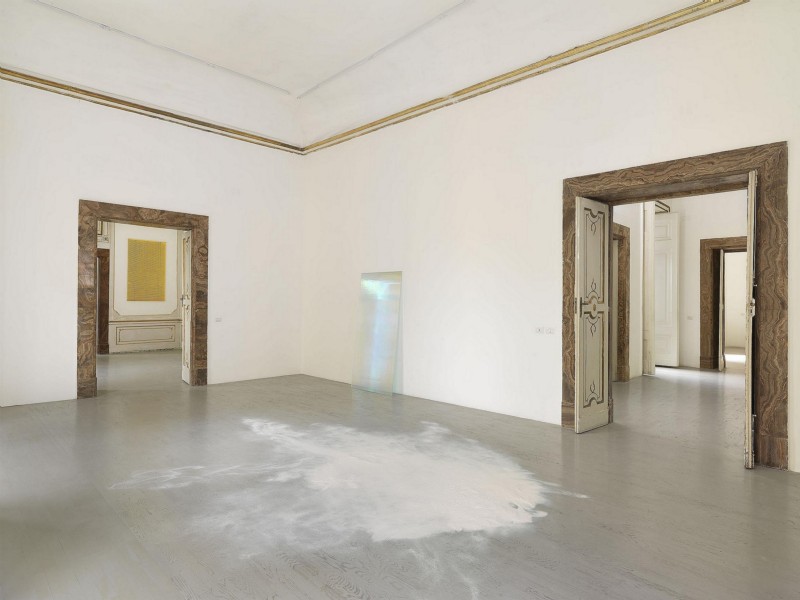 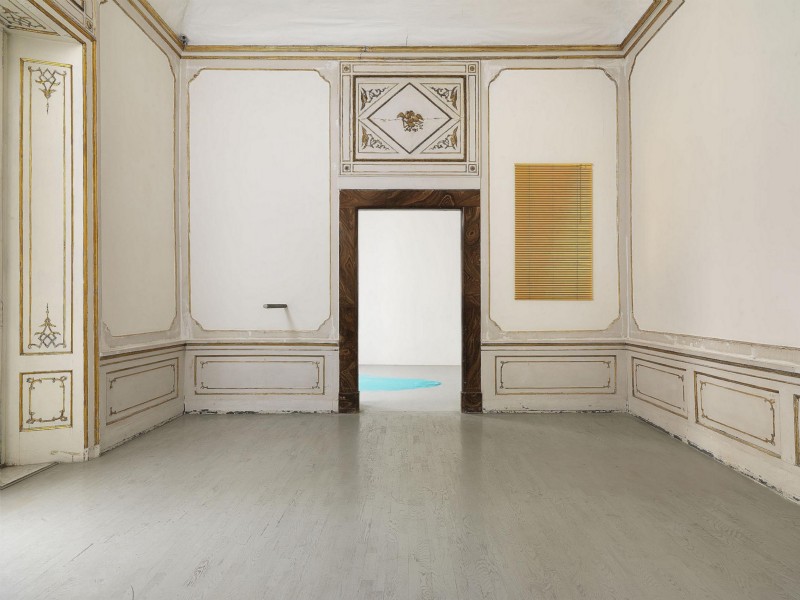 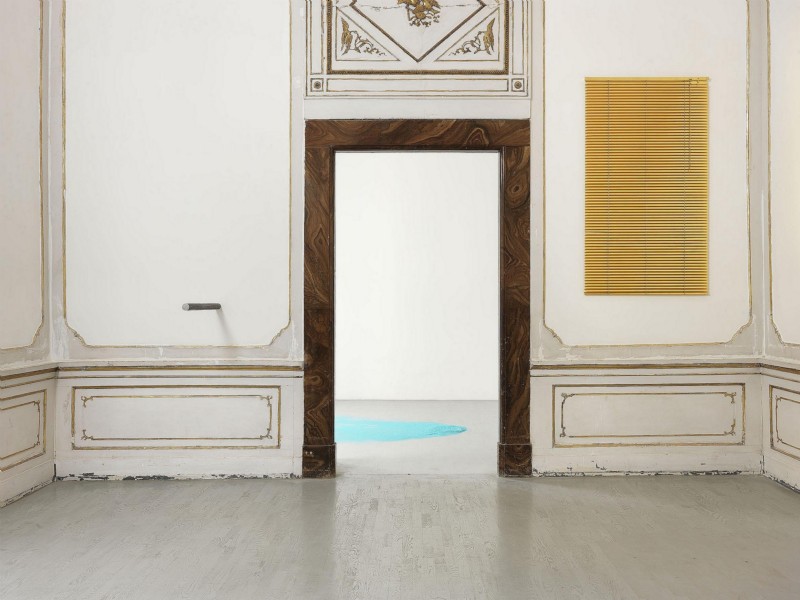 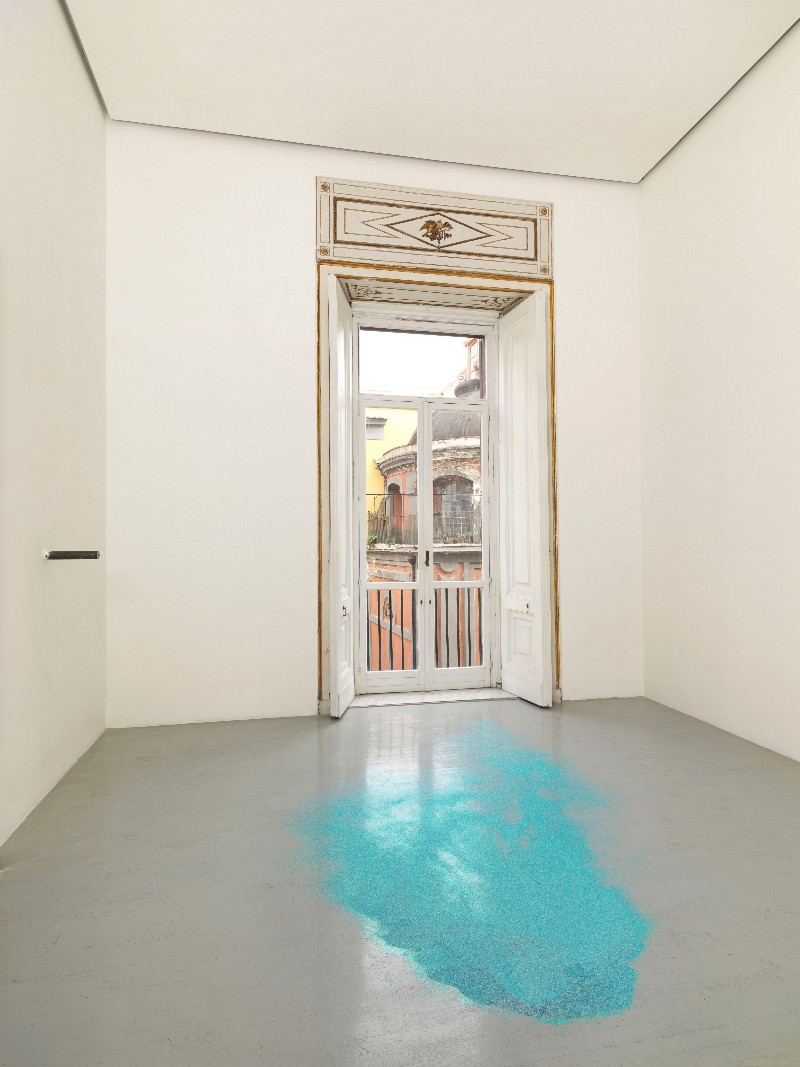 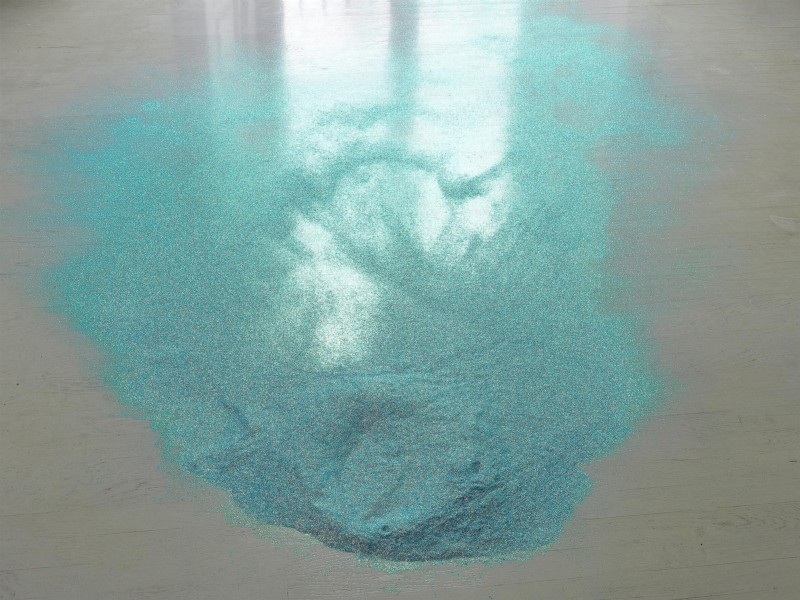 Alfonso Artiaco gallery is pleased to announce the opening of the solo exhibition by Ann Veronica Janssens, on Friday, April 15th, 2016 at 7 pm.

Ann Veronica Janssens is back in Naples in the spaces of the Alfonso Artiaco gallery with her fourth solo show (previous ones in 2007, 2010, 2012). The exhibition includes new works made of glass, glitter and metal.

The work by Ann Veronica Janssens is based on light projections, the progressive development of mental images and the deferred revelation of absent forms, all via chemical processes and/or technology.
In their perfect realization, her works have an immersive function, with ways to isolate the viewer by cutting him off from the customary conditions of his sensitivity.
Glass is one of the materials chosen by the artist as the new vertical sculptures in the exhibition. The worked-glass panels reflect light creating an interruption of our physical and mental space, a disorder of visual information. The experience of Ann Veronica Janssens's art overwhelms, thus, our senses. The wandering among her works creates a greater awareness of these senses that suddenly no longer even seems to belong to us.
Experiments, based on scientific knowledge, the artist develops on different surfaces and the use of multiple meanings of the word "reflection", are reversed cognitive. The interest is to the effect generated by the phenomenon and not for its functioning. Sensation, as an alternative form of intelligence.
Ann Veronica Janssens' minimalism is radical in the sense that it is less about simplifying than subtraction. The three works based on glitter colored piles, shown in this occasion, offers the possibility of a naked experience, more spiritual than discursive, unaccompained by words of superfluous material.
The metal tube that pierces the dividing wall is one of the last works of the artist that creates a connection with the pratical materialism of her first interventions, such as extensions of existing architectures into the artistic space for accident in the late 1980s (Villa Gillet in Lione). The Sculpture is alien to us, almost stalled in the artistic space by accident. The visitor is mantained in a peripheral position, fleeting reality only for the radiation. In the end, the strange impression that we have is not of observing a phenomenon, but of being observed by it, of being the thing that is felt rather than the person who does the feeling.

(quotes from Physical realisations of the unthinkable. By Guillaume Désanges)