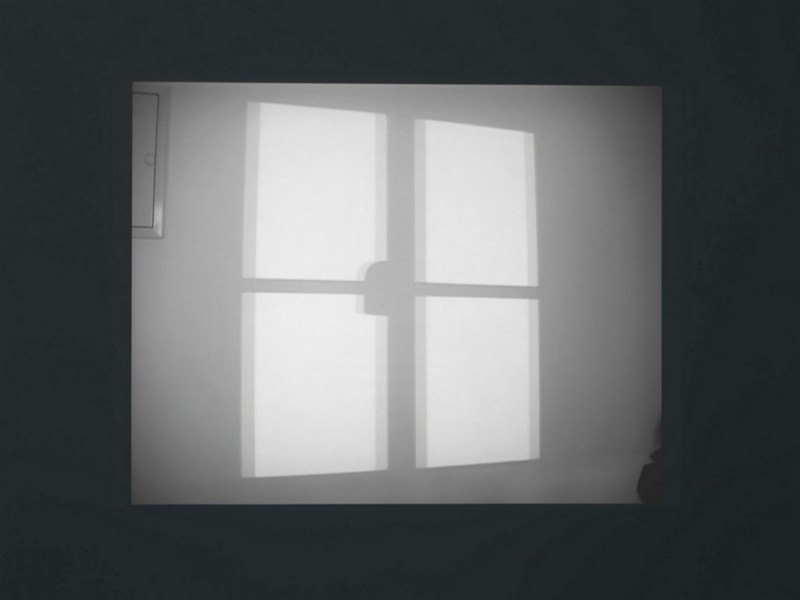 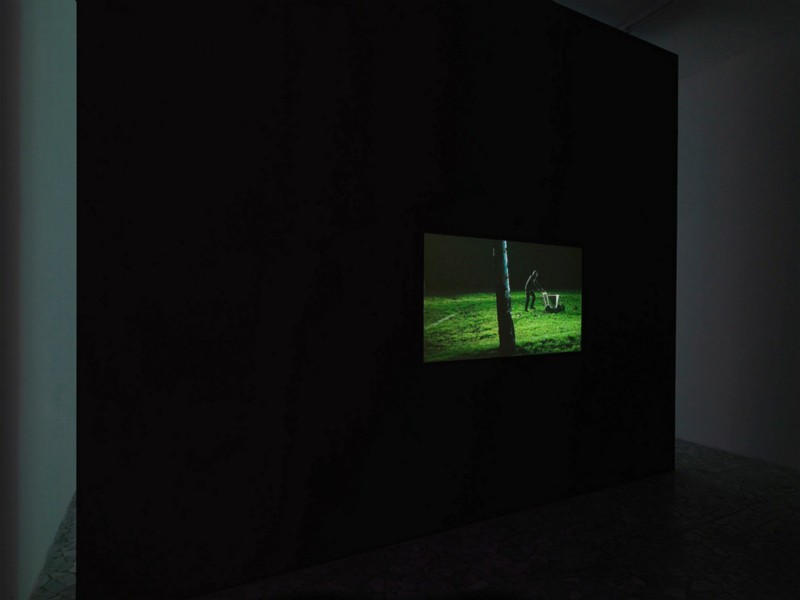 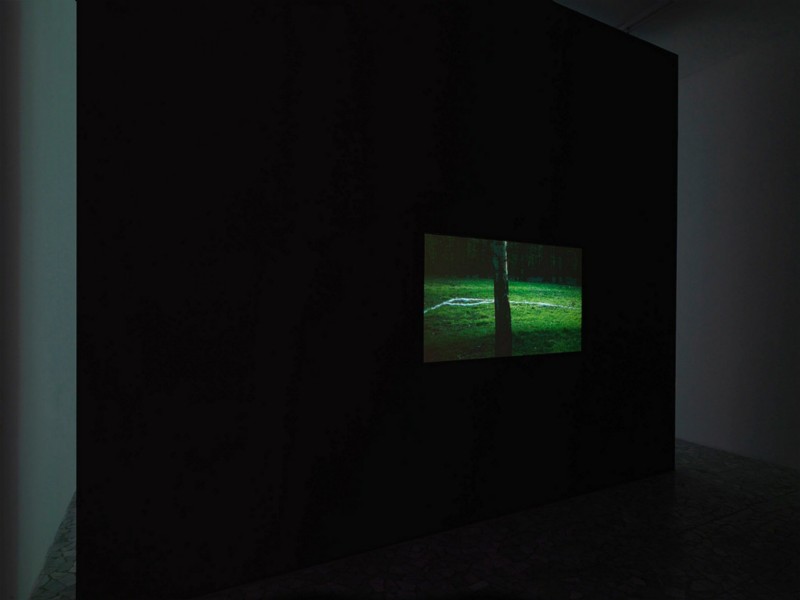 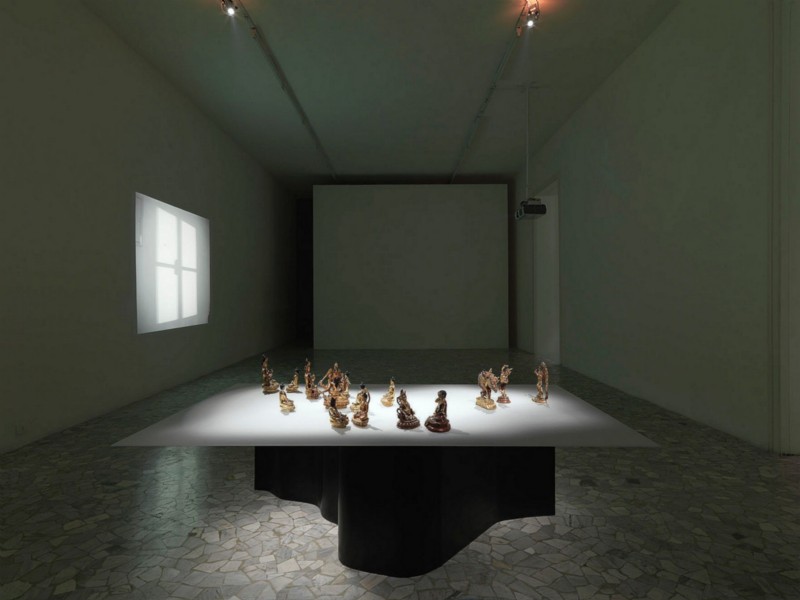 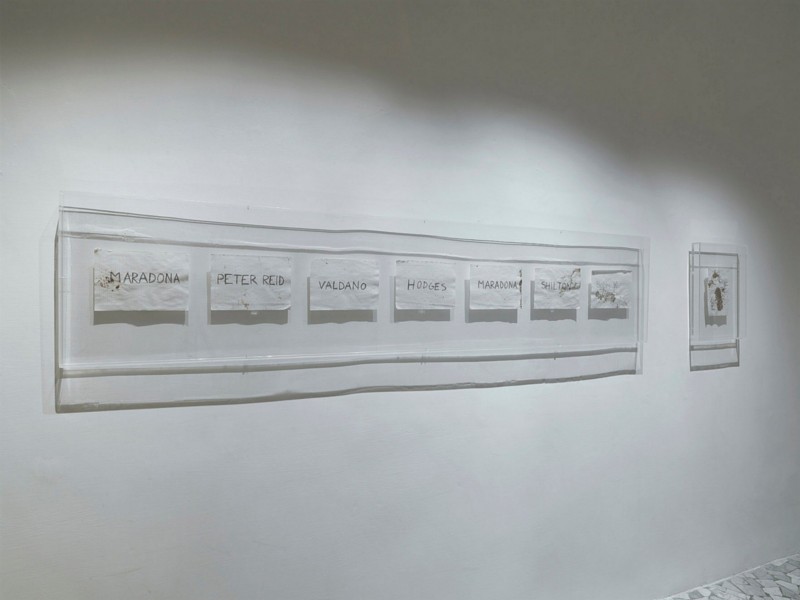 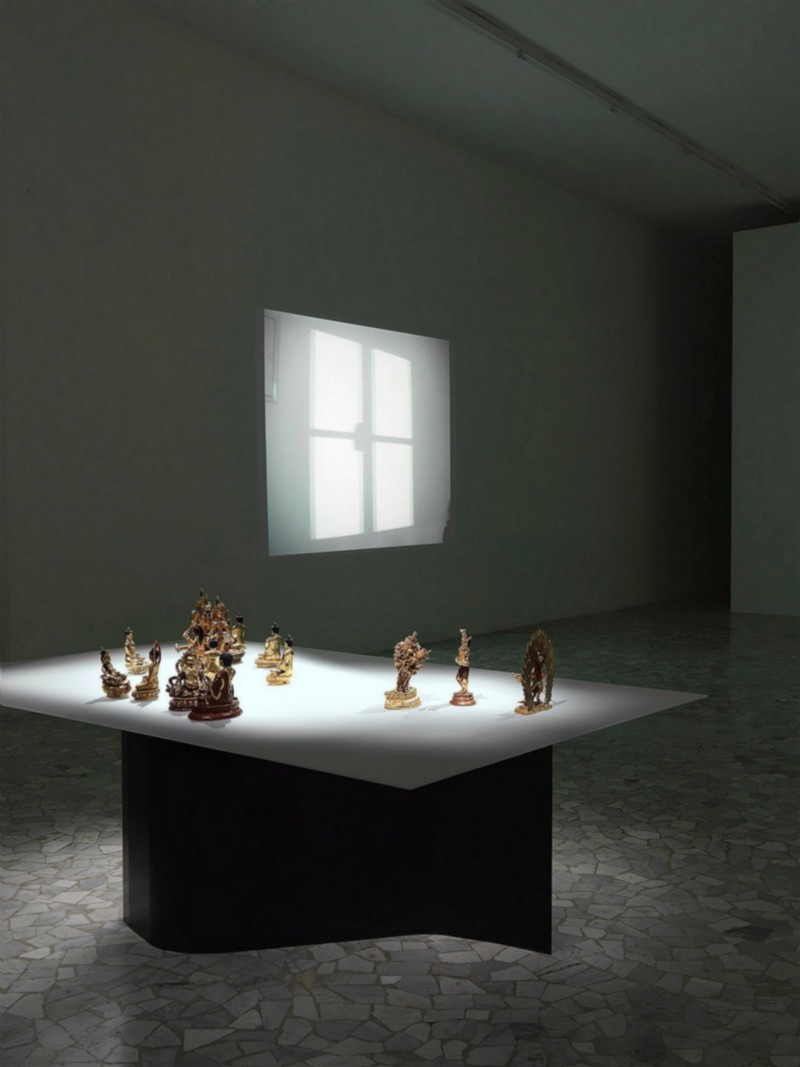 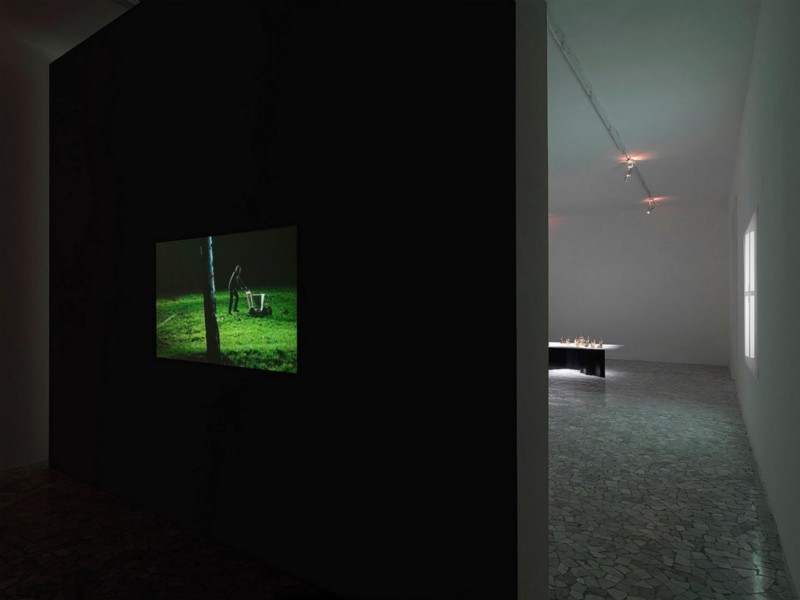 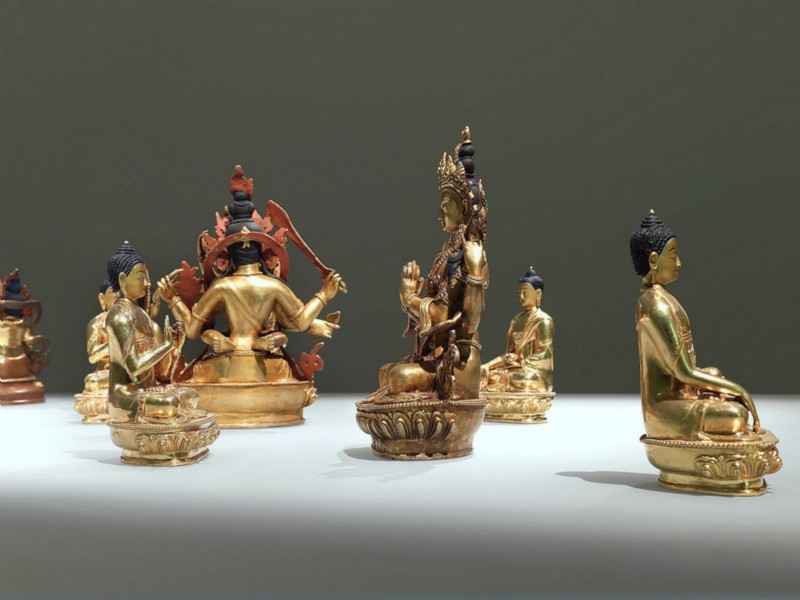 Alfonso Artiaco gallery is pleased to announce the opening of Anri Sala "La Mano di Dio", on Thursday May 15th 2008 at 7.30 p.m. The artist will attend the opening.

The two recent works, Untitled and Azione della Mano di Dio, open the second show of Anri Sala at the Alfonso Artiaco gallery. Untitled is a set of drawings, enclosed in two Plexiglas boxes, on which are inscribed the soccer players' names which entered the action of Diego Armando Maradona known as "Hand od God". The artist has spread this "sheets" on the Sempione park's ground in Milan for giving the rhythm to Bruno Pizzul and his narration that is the protagonist of the video Succederŕ tutto proprio cosě (2008).
The mud on the drawings gets various meanings: the treading of sports caster during the meeting with the artist in Milan and the bad weather that attends them or the remembrance of the soccer t-shirts during the matches.

"With a body fake he will dribble Peter Reid… tiptoeing he will approach the opposing penalty area…a ball touch on the right to search Jorge Valdano…Hodges will anticipate Valdano with a smooth lob directed to his goalmouth, the great goalkeeper Peter Shelton will come out for an apparently good hold… but, suddenly Diego Armando Maradona will arrive and with an hand he will soar outstretched arms of Shelton, he will touch the ball scoring a goal, it will happen exactly like that, the tiny Maradona, with his hand, to mock the giant Shelton"

The Succederŕ tutto proprio cosě video, the second works of the show, deals with the job of a person who draws the lines of a football field, which is a unstructured football field for its location in a wood. Bruno Pizzul's sports comment starts when the person makes the corner (of the football field) and the camera films it again. The "play-by-play" becomes as a "dilated" narration; Pizzul slowly draws something that he envisions at that moment, conflicting with sports comments that are structured on action which surpasses in quickness the same word.

In the big room of the gallery there is a green light like the colour of football field' reflex spotlights during the matches in the evening. The same light is projected on the sanded glass table where the artist stages the sequence that leads to the famous Maradona's goal, depicting every cross. By representing players by Buddha's statues, they embody the similar position at that moment of football miracle.

In the same room it is shown the Window Drawing video. The projection of the lights of football field through the artist's window in Berlin; but the match hotly is broken off by a snowstorm, the play finishes and the lights turn off.