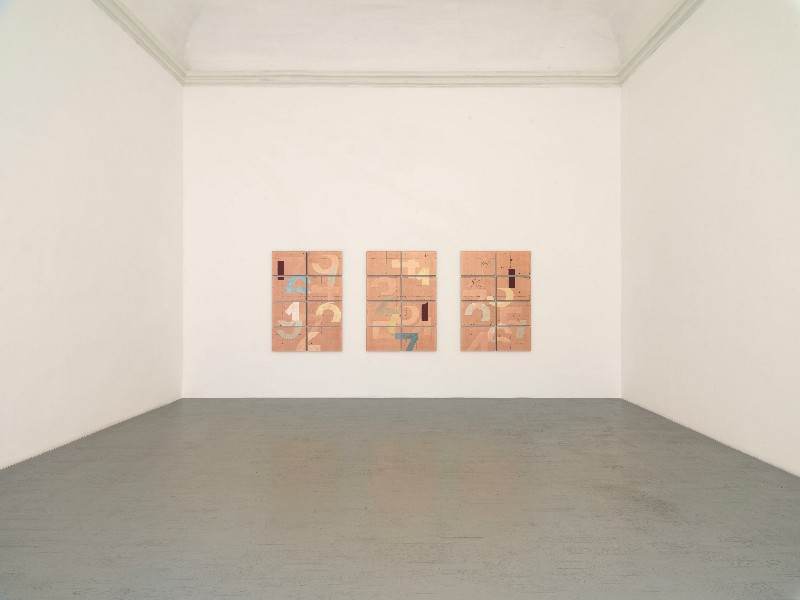 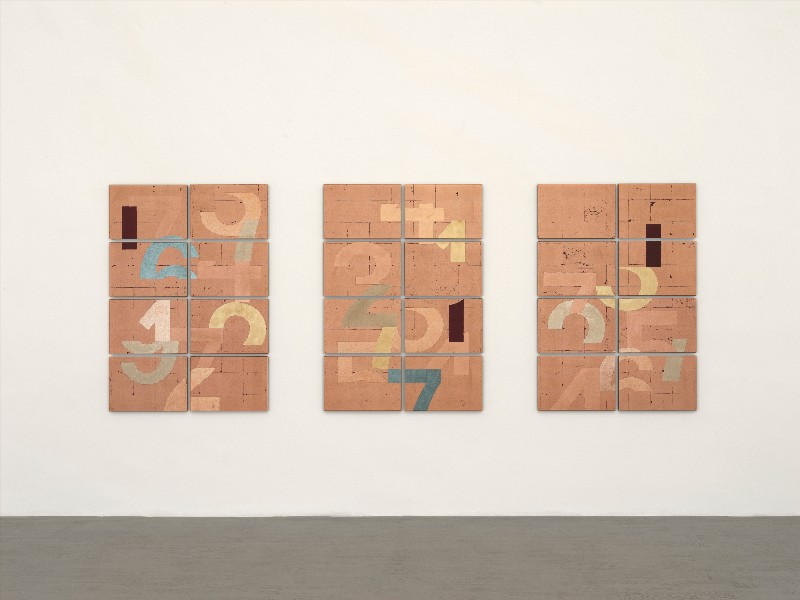 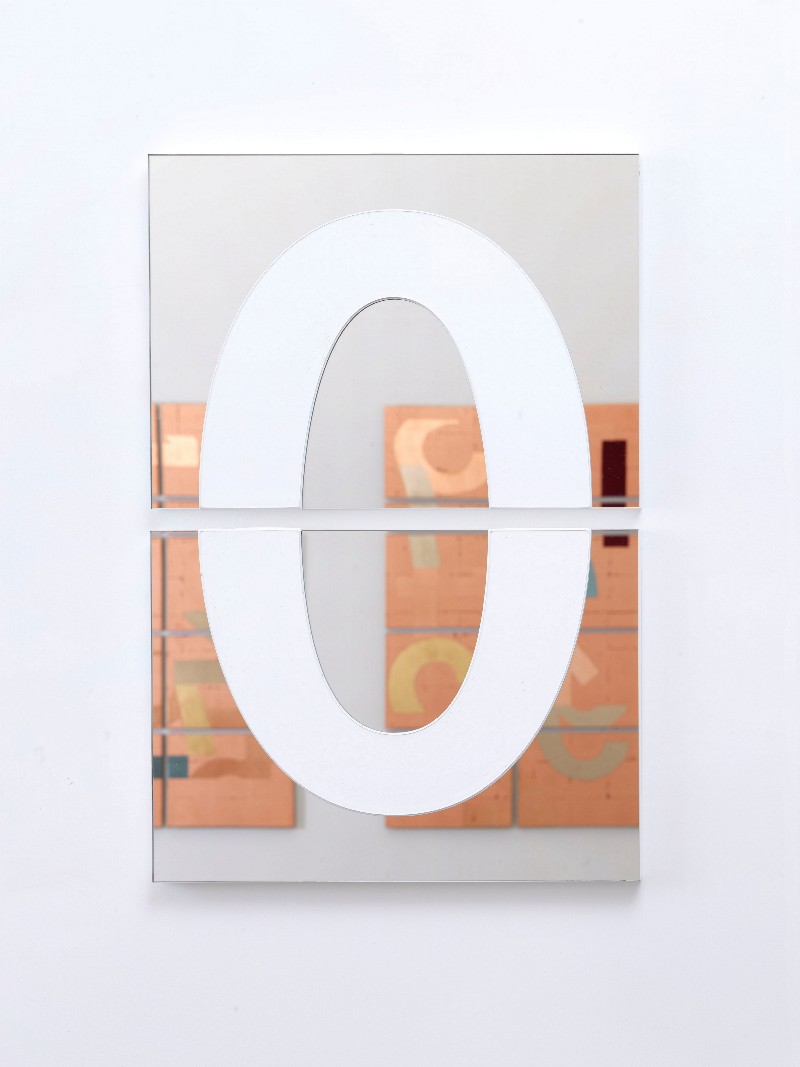 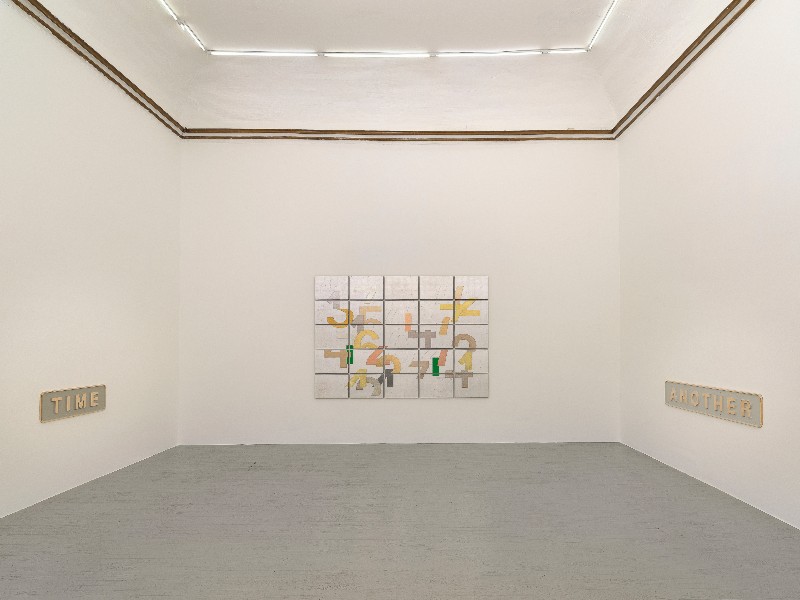 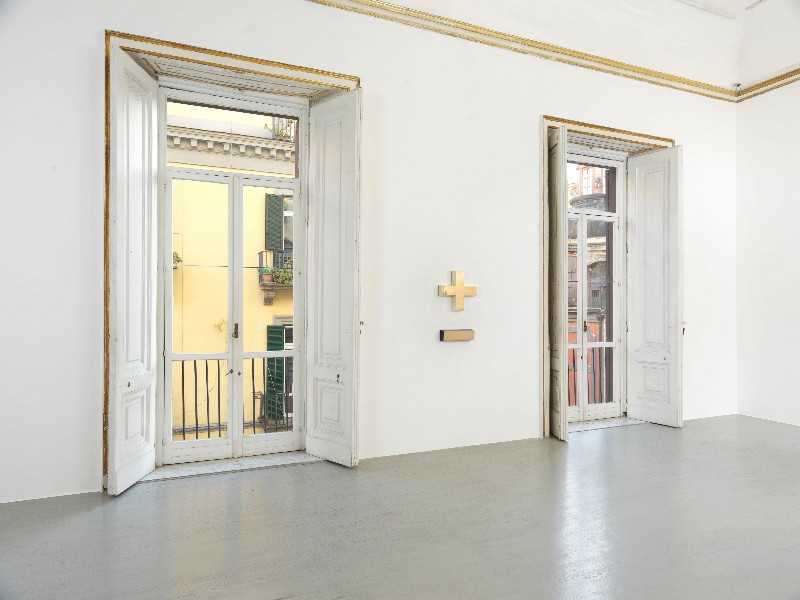 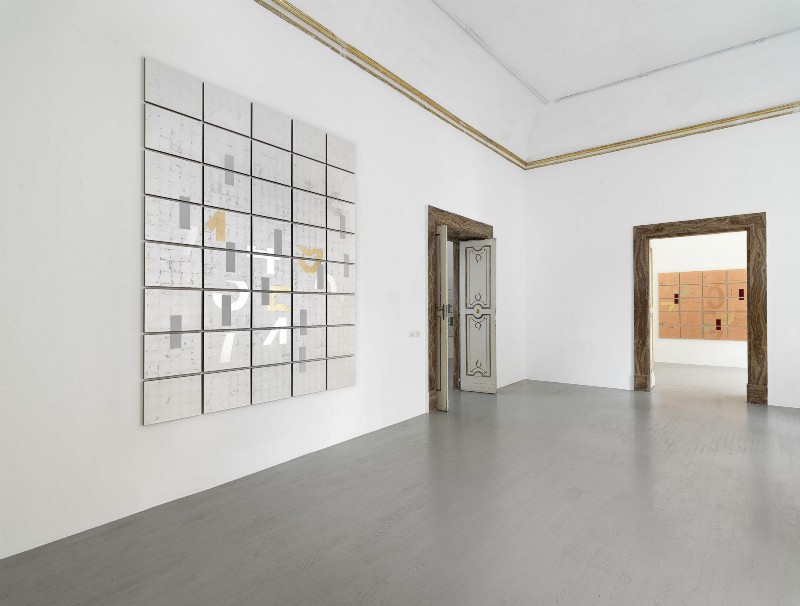 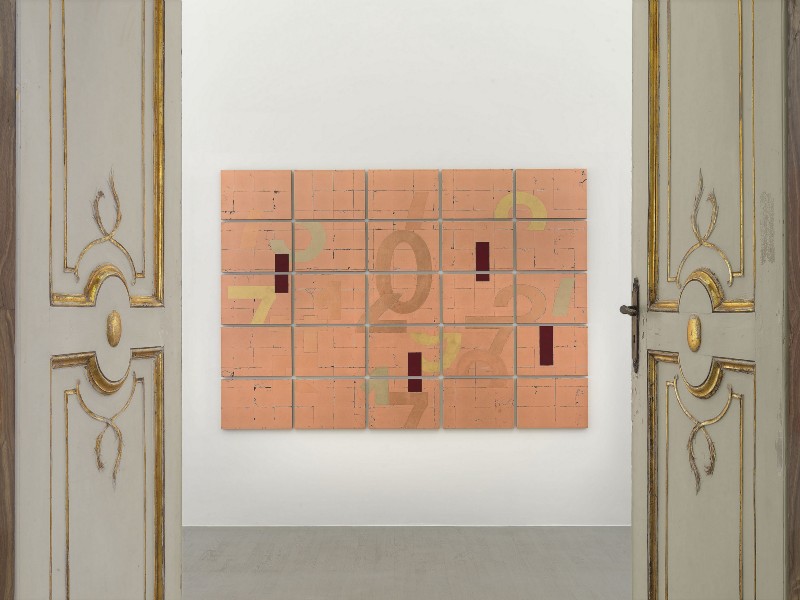 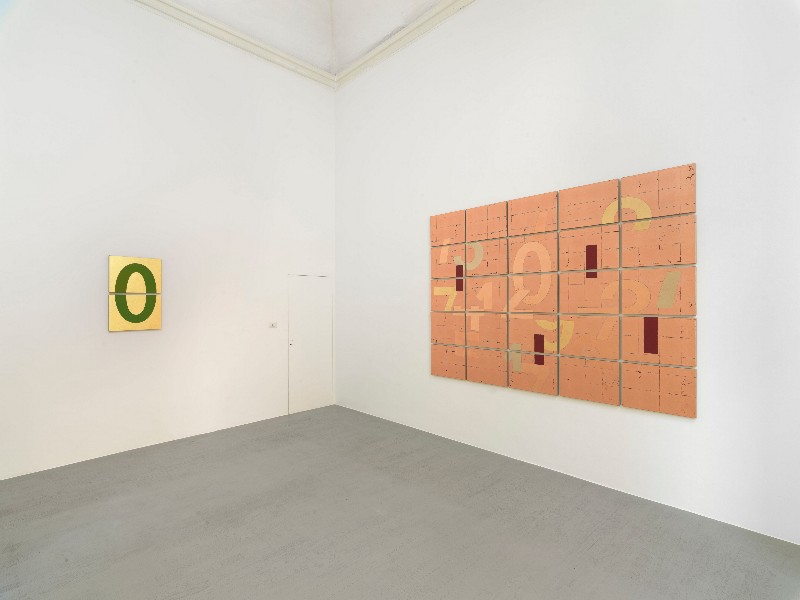 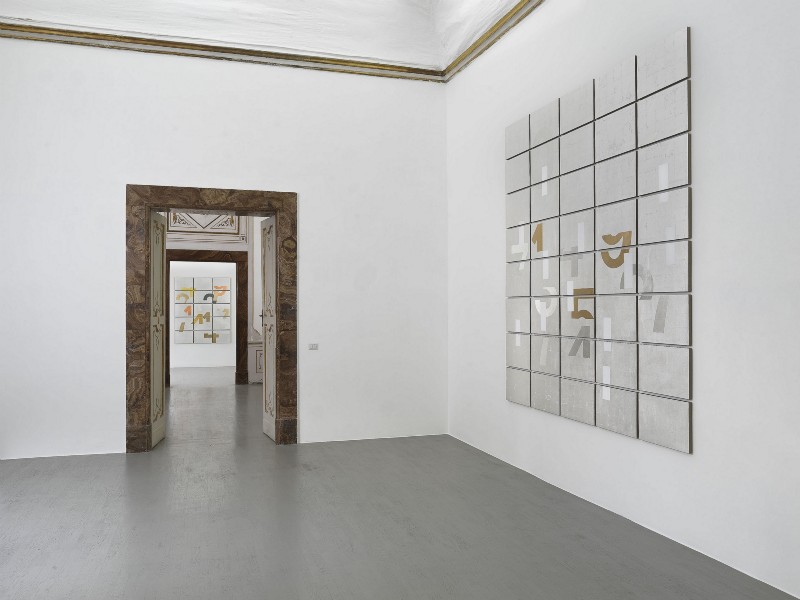 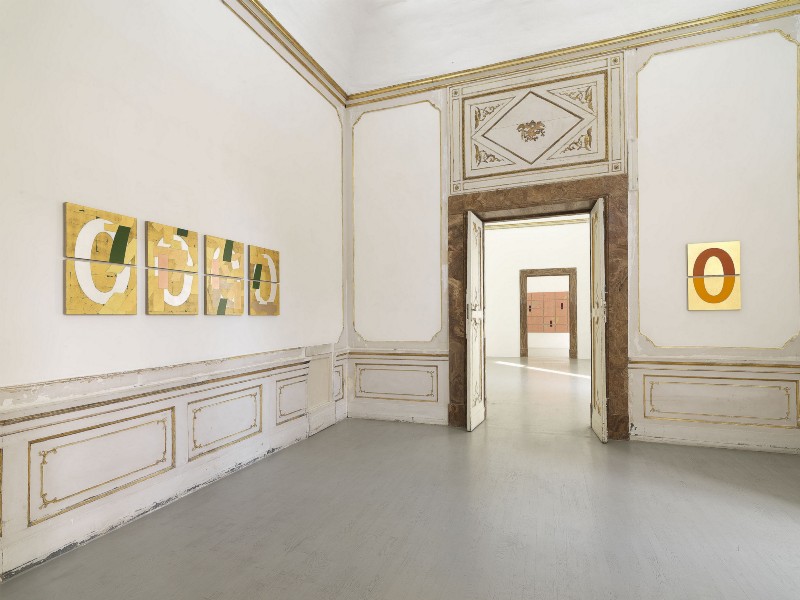 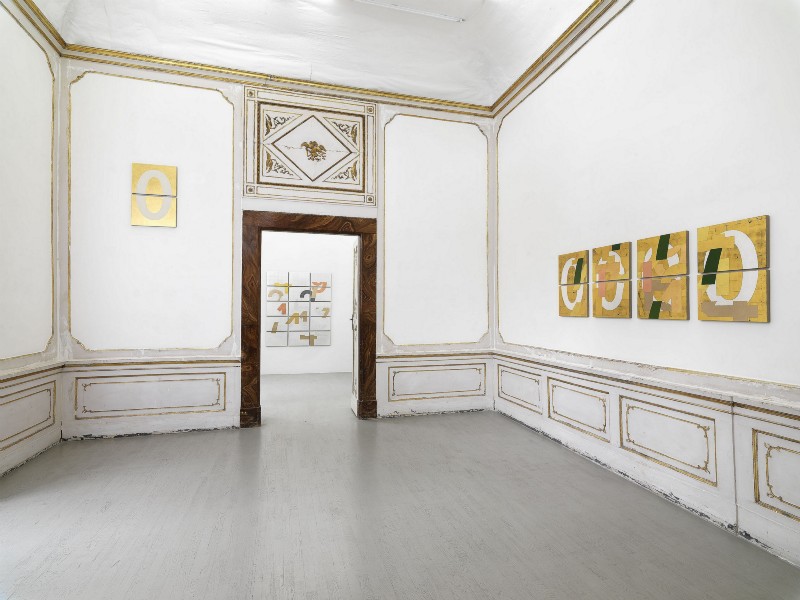 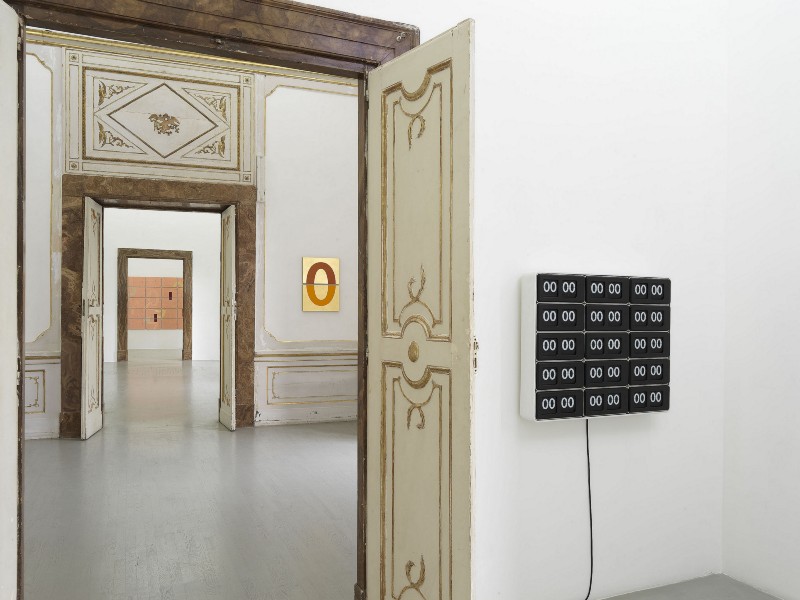 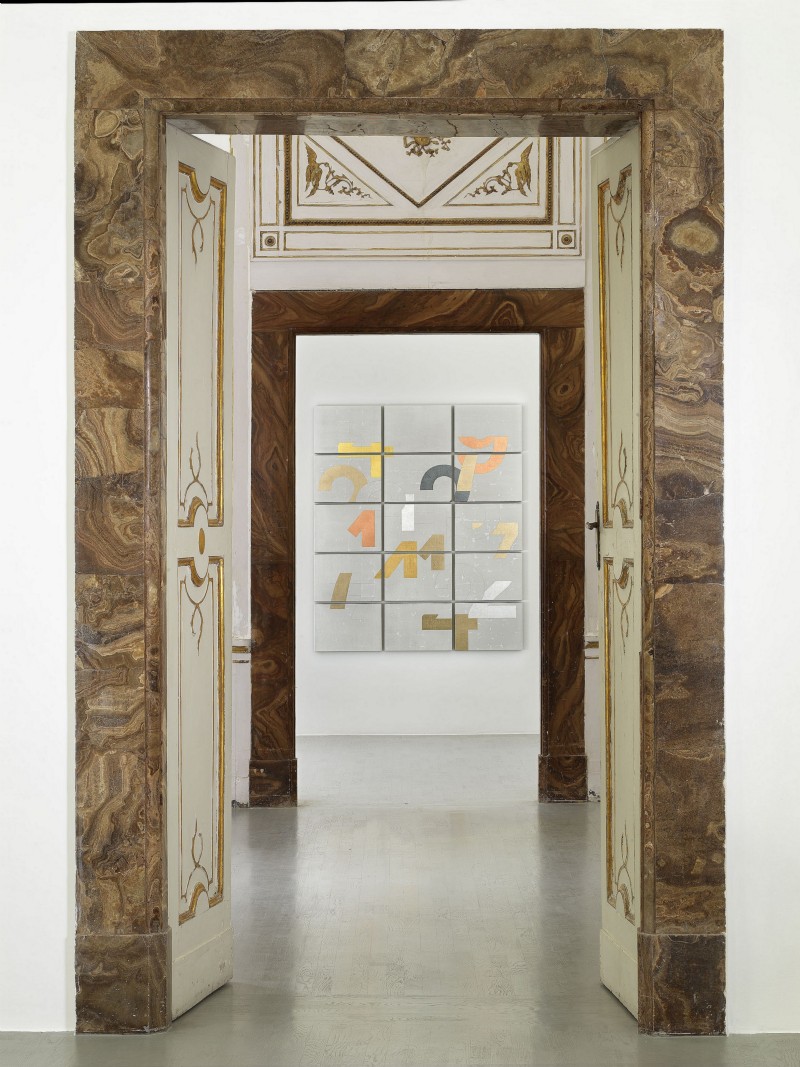 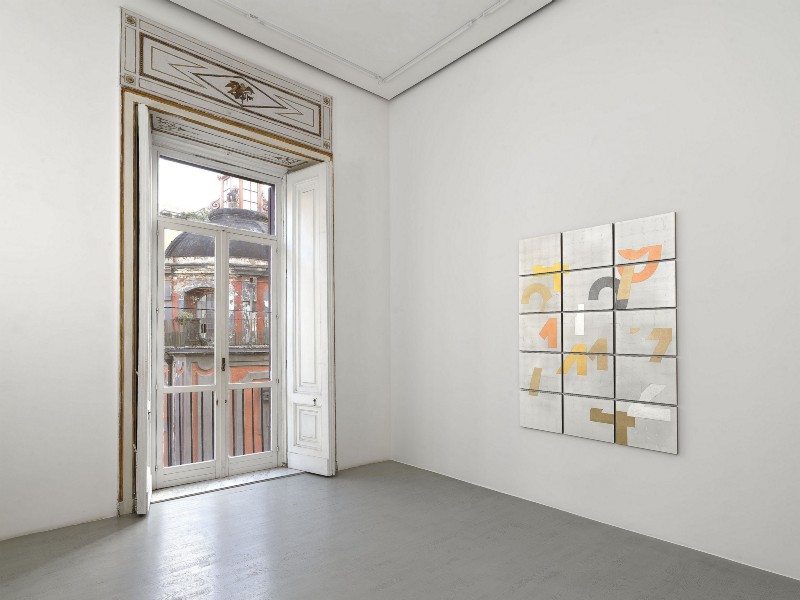 Alfonso Artiaco gallery is pleased to announce the opening of Darren Almond' solo show, on Saturday, November 16th 2019, at 11.30 a.m., the artist will be present.

For his fifth exhibition (2005, 2007, 2010 and 2014) at the Alfonso Artiaco gallery, the British artist Darren Almond will present 'In Temple Grounds' an exhibition of new paintings and sculptures. These new works continue Almond's preoccupation with a scaling of the infinite within the individual mind.

The new multi-panelled works titled 'Counter Paintings' are informed by geometry and mathematics, landscapes and constellations. Arranged in a grid format, these polychrome panelled paintings present fragments of numbers which pattern rhythmically across the paintings' surfaces seemingly caught in a permanent state of becoming. The grid structure provides the invariant against which other elements appear to be in the process of transformation, both fragments of numbers, and colours seem to wax and wane, appearing in varying degrees of wholeness. Almond's compositional lexicon employs its structure from the way 'Seishi', vertical wooden posts, are used in Japanese Gardens. These 'Seishi' support the long limbs of ancient pine trees, enabling them to occupy regions and spaces otherwise beyond their reach.

Operating at the intersection between figuration and abstraction, the painting's compositions echo not only the arrangement of forms, but also the negative spaces and passages experienced in Japanese temple gardens. Almond creates layered paintings, which possess highly sensitive and reflective surfaces. These layers are made up from drawing, painting and the application of metals such as copper, silver and gold, materials, which are conductors and transformers of energy.  As such these paintings alter their aspect at different times of day and over longer periods of time. At an instant their surfaces might transform from something bright, gleaming and impenetrable to a darker, glowing, almost watery surface. These paintings constantly react and respond to their environment and ever changing light conditions, paths of natural light are redirected at an instant thereby situating the viewer unequivocally within a present tense.
A counterpoint to the panelled paintings are the quietly paradoxical 'Divided Icon' paintings. These enigmatic works present an image of a zero divided between two panels. For some the zero may express the essential unbroken condition of All and yet, here, it is waiting perhaps, for a viewer who might reconstitute it through their finite mind as a luminous meditative portal towards the infinite.