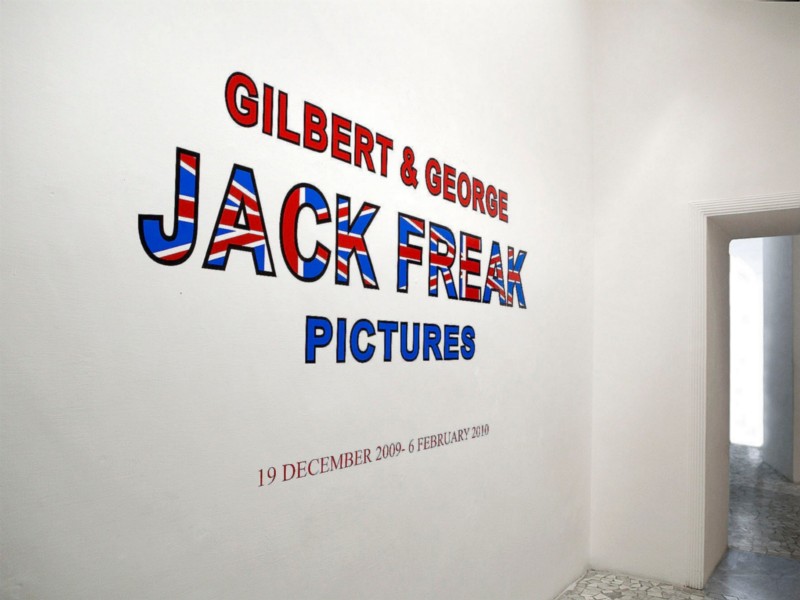 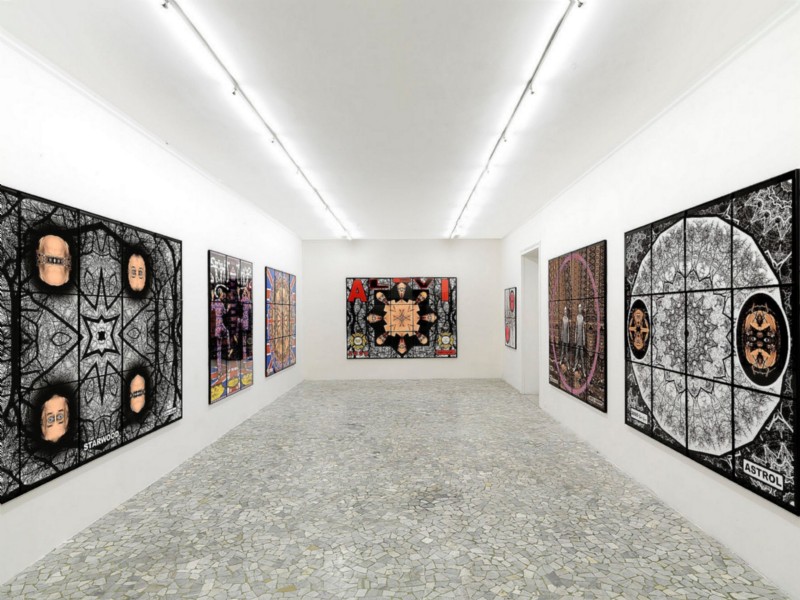 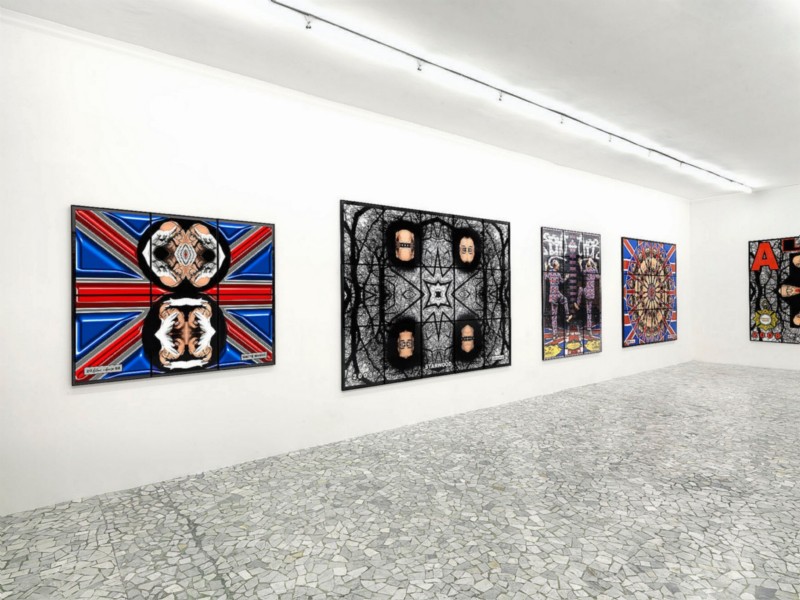 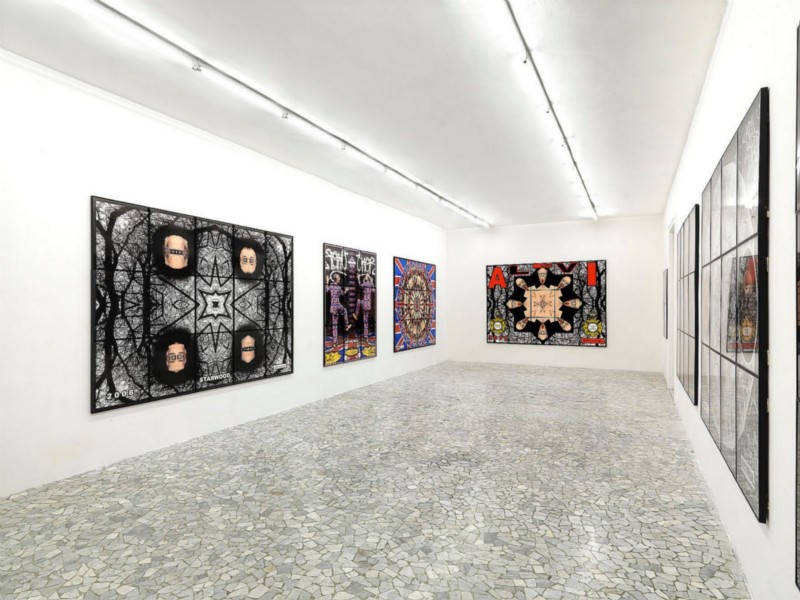 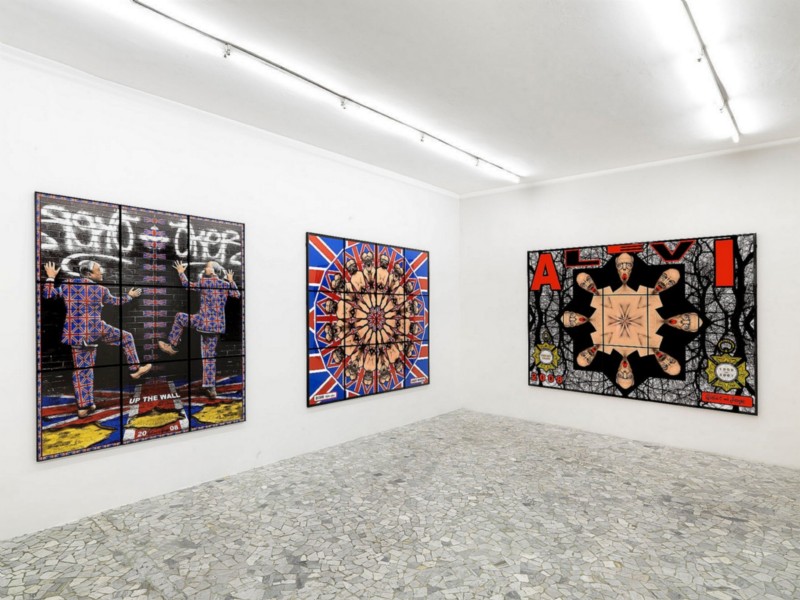 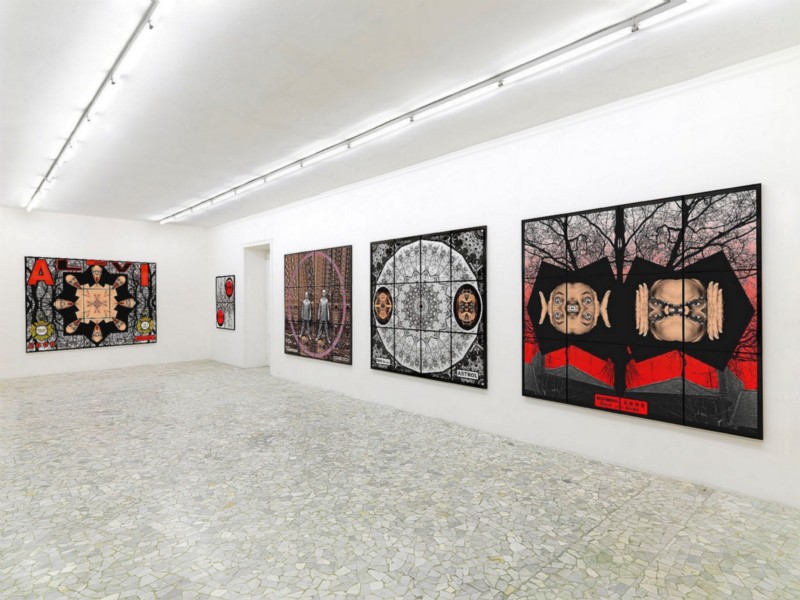 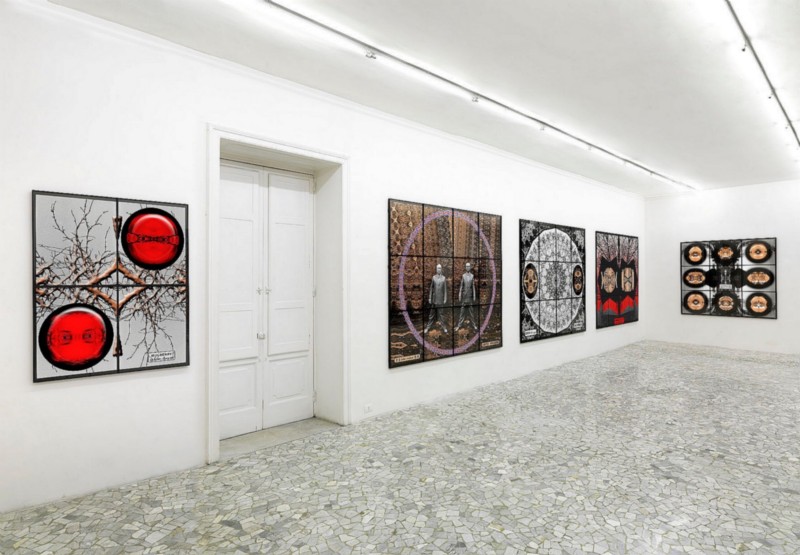 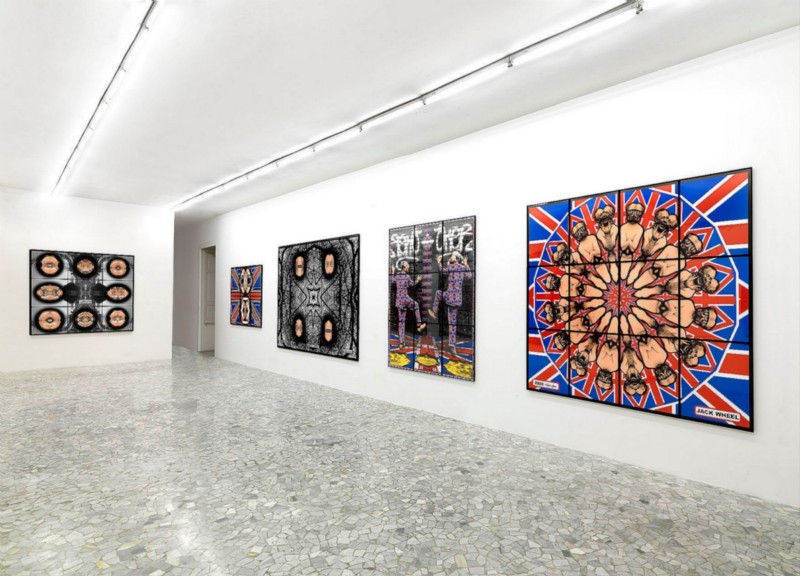 Alfonso Artiaco gallery is pleased to announce the opening of Gilbert & George's solo exhibition JACK FREAK PICTURES, on Friday, December 18th at 6.30 pm. The artists will attend the opening.

Gilbert & George will show for their first exhibition at the Alfonso Artiaco gallery ten works of their new "JACK FREAK PICTURES".
Strengthening their ideas, which they have been working on for over forty years, about the human condition's complexity, "JACK FREAK PICTURES are among the most iconic, philosophically astute and visually violent works that Gilbert & George have ever created" (Michael Bracewell). The pictorial element of Union Jack seems dominant in this new group of works. This internationally recognized icon has been politically and socially used, for over fifty years, as a symbol of contemporary fashion and, at the same time, of aggressive national pride. Gilbert & George, specifying none of these meanings but maintaining its own rhetoric, employ the motif of Union Jack as setting for a novel of contemporary life in which the artists intersect traditions, social vigour and religion of a national but also individual identity.
Since the first time they met in 1967 in London, Gilbert & George have dealt with the modern world through the transition of individual values and emotions, where Gilbert & George themselves are artists and artwork. They are always players in the complex drama they create, and in "JACK FREAK PICTURES" they appear in a variety of guises: as dancers, musical-hall comedians, "flag-men" in which the artists seem literally composed of the Union Jack, monstrously inhuman and robotic. In the pictorial complexity of "JACK FREAK PICTURES" Gilbert & George scan the modern reality, evoked through peculiar elements as medals and amulets, trees and the street map of East London, where the artists have lived and worked for over forty years, from brick city walls to "the gaze", in which we recognize Gilbert & George's eyes inviting or provoking the audience to follow the artists in this journey.