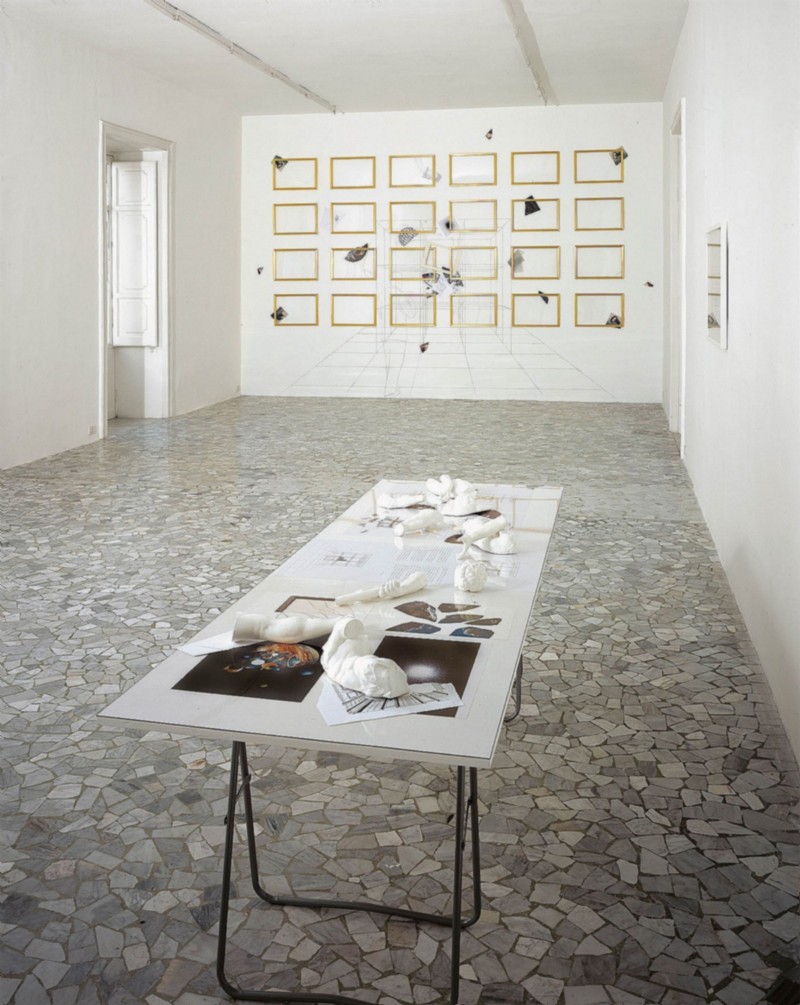 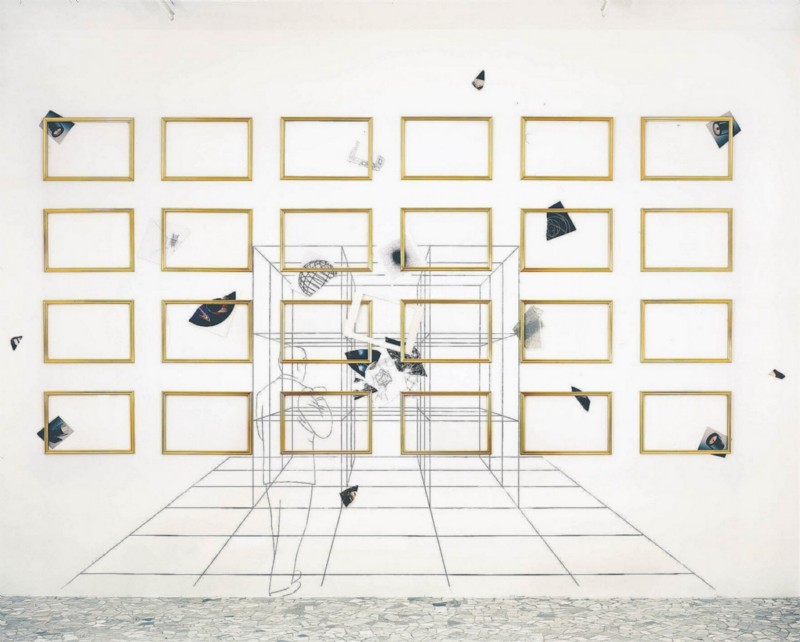 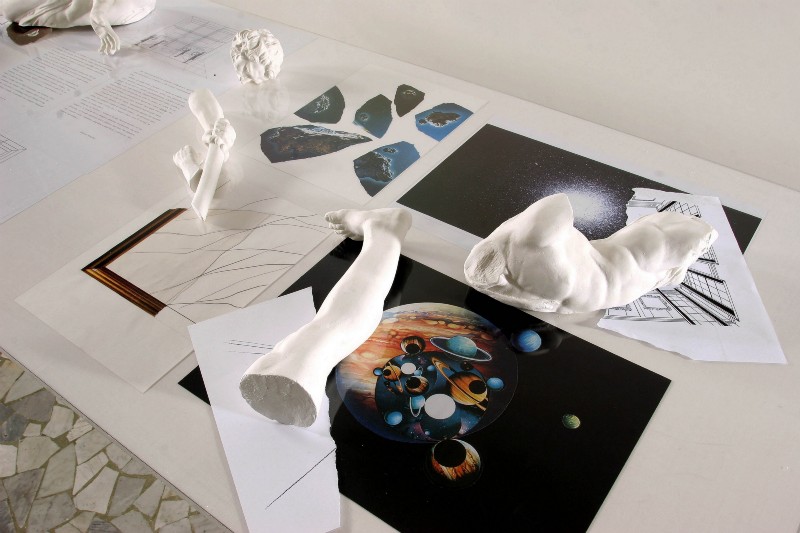 Alfonso Artiaco gallery is pleased to announce the opening of Giulio Paolini's exhibition, Echoes from the San Carlo Theatre "In listening (spectator room)" Wednesday 16 March at 8.00 pm, the artist will be present.

During his artistic career Giulio Paolini has constantly investigated representation, the art of seeing. From that "geometric design" of 1960, in which a procedure such as geometric squaring is performed on a canvas, to the works of the following years based on the breakdown of the pictorial language, the artist's attention turns to the relationship between the works, the exhibition space and the viewer, with a game of endless questioning, of putting in check, and of quotations.

The exhibition at Alfonso Artiaco gallery, Echoes from the San Carlo Theatre: "In listening (the spectator's room)", takes up and reflects the elements of the scenography of Richard Wagner's opera from Valkyrie under construction for the San Carlo theatre. The works presented and created specifically for Piazza dei Martiri, a large mural work inscribed in a set of collages and frames, and the studies and sketches of the preparation of the show, "announce in an absolute sense the place of representation", as the artist affirms, "proposing the passage from the opera scene to the opera on stage…".