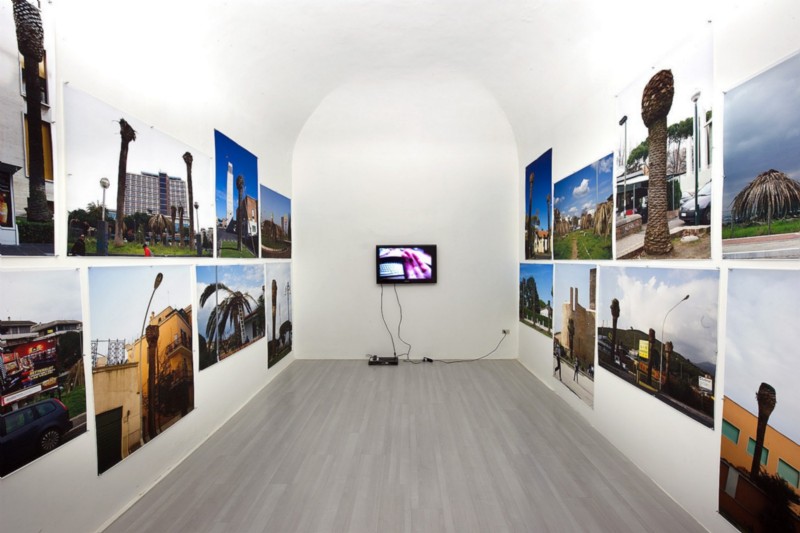 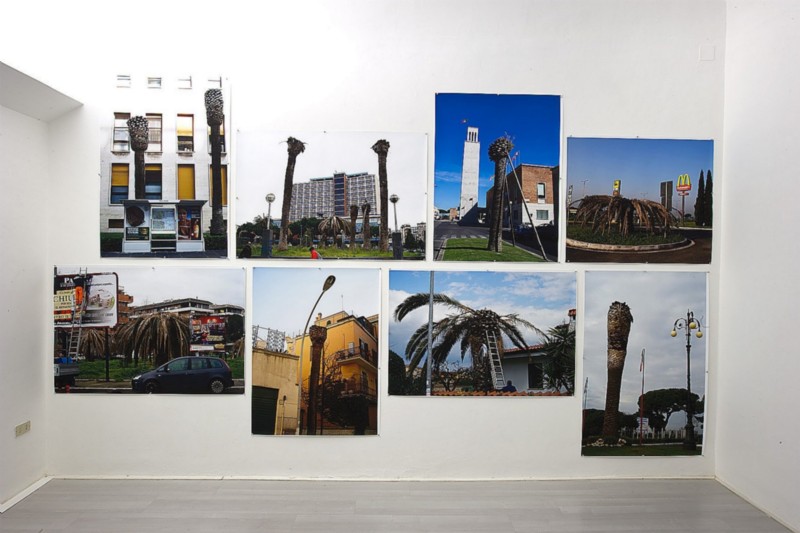 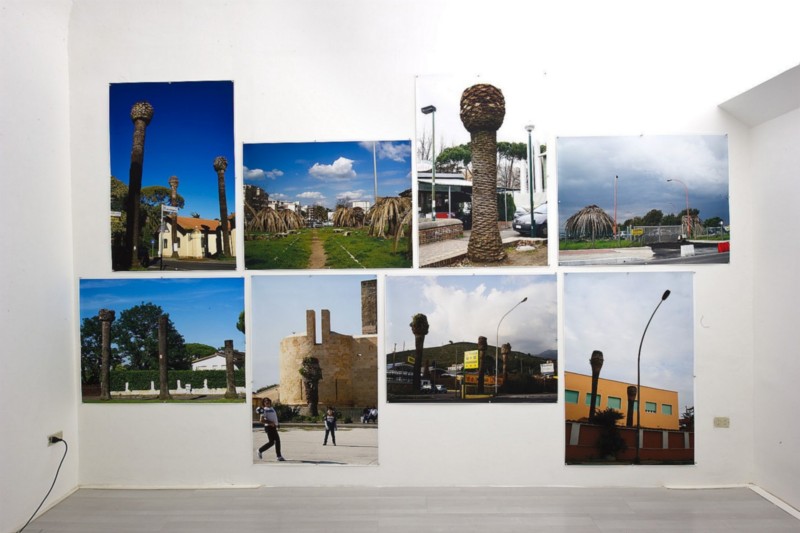 Alfonso Artiaco gallery is delighted to announce the opening of Glen Rubsamen's solo show on Thursday the 16th of February at 7.30 pm, the artist will be present.

"The death and disappearance of the palms in Italy over the last year has had a profound affect on the very essence of my relationship with the 'Roman landscape'. An aesthetic idea that started perhaps with Poussin or Claude Lorain and is generally called neo-classicism but evolved in the early nineteenth century to include ideas of nationalism and colonialism. In Rome I have my studio near the pyramid of Sestius and the protestant cemetery so I guess I am still obsessed with neoromanticism and neoclassicism or what is still existing of these concepts and how they relate to the present. As I look at the photos (there are about 100 of them in the series) I am beginning to see them as less tragic and more ironic, they come to represent the end of a misguided botanical experiment, a very problematic colonial one that attempted to link a certain style of landscape with a concept of immanent domain.

The palm trees mixed with pinetrees in the landscape implying a geographical right to conceptually own the whole Mediterranean sea; especially the african and eastern parts. Mussolini's attempt in the 20's and 30's to inscribe upon the landscape a fictitious 'Roman' character. The 1938 Triennale D'Oltramare in Naples with it's quadruple boulevards lined with palms from the Libyan colonies is a good example of this policy. Botanical Mediterraneanism became the fashion in Italy long before tourism culture codified the idea together with leisure and beaches. This Colonialist Mediterraneanism in the teens and twenties had wide ranging influence outside of Italy and France, In LA for example.

The red palm beetle is a sort of an achronism, it started out in Asia and has been moving westward for the last quarter century, aided by airlines and global shipping and transport it got to Italy faster then it would have say 100 years ago, but it would have got ten there eventually anyway. The irony is that the palms it attacks are for the most part imports themselves, imported from north Africa and Asia. The ultimate irony is that it took the combined affects of global warming and globalization to bring an end to this essentially stylistic contruction (the classical landscape). Without the palms the landscape 'reverts' to a northen european standard, a more sober functional aesthetic, more banal. The dead trees in these photos represent a kind of Hyper-modern image where nature takes on the aspect od old seasonal decoration that need to be replaced when it loses its function, like christmas lights in January.
I think these photos portray a type of image that will be more and more common in the future. An image of idiosyncratic species death caused by an arbitrary but also bizarre state of natural causes combined with the after-affect (blowback) of history. The images have a stagey apocalyptic feel, like a snapshot of life after death. I am hoping this installation at the Artiaco gallery will show a process by which romantic elements in the landscape change meaning as things disappear from the mix. An investigation of a subtractive aesthetic event."  (Glen Rubsamen)