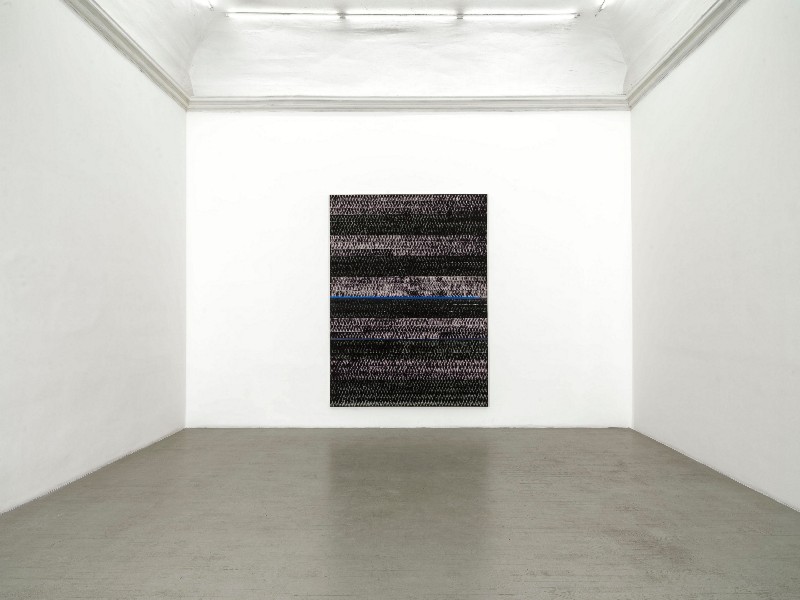 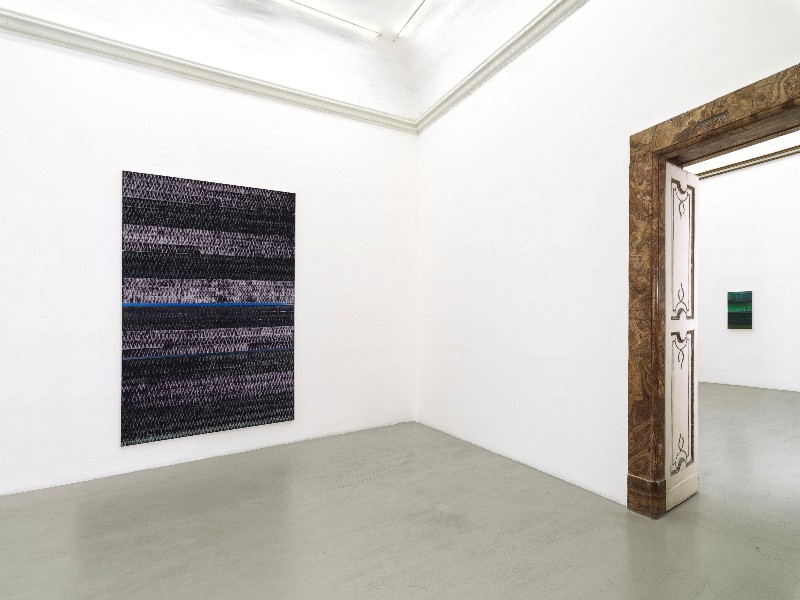 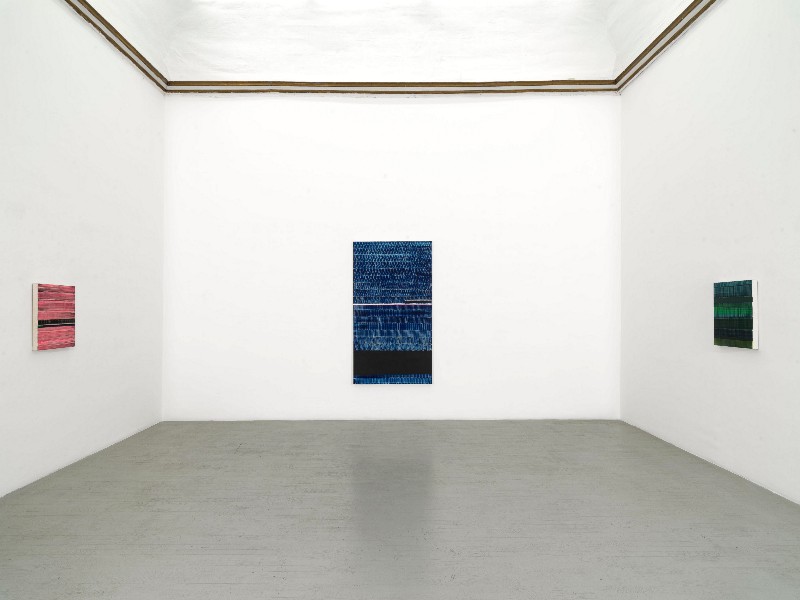 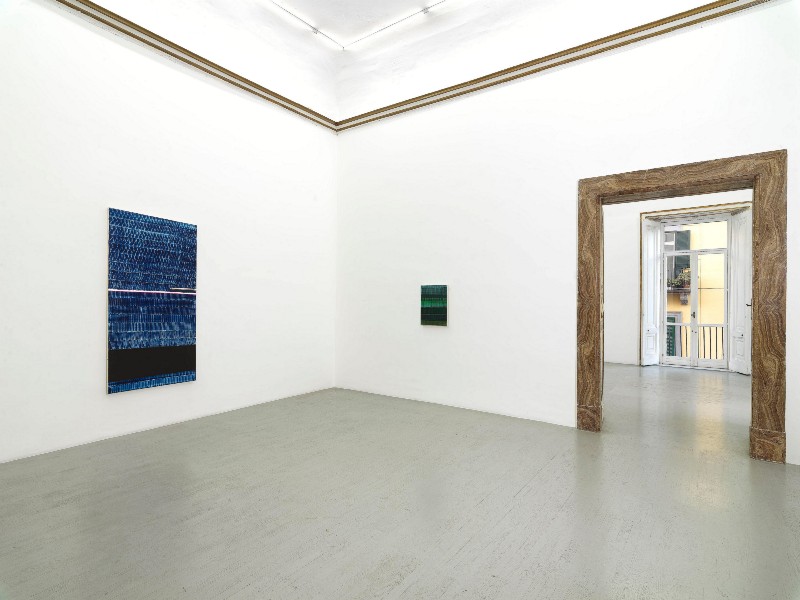 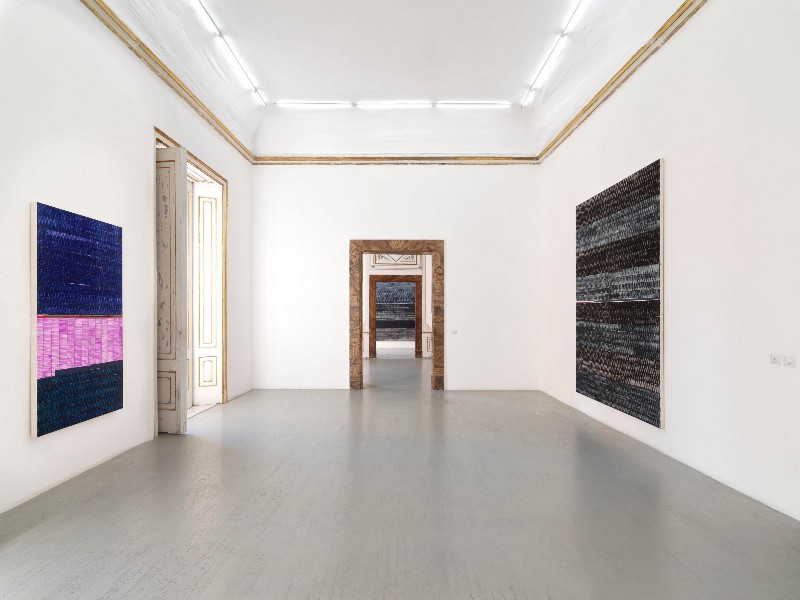 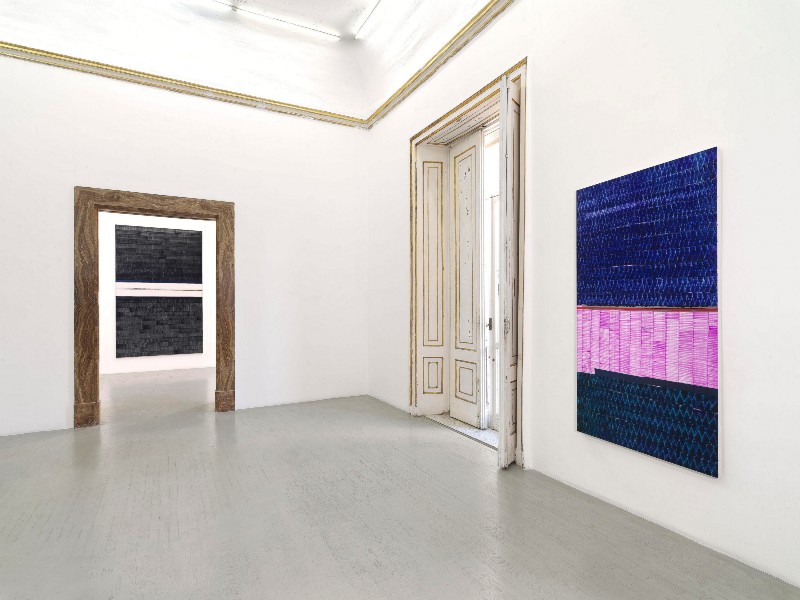 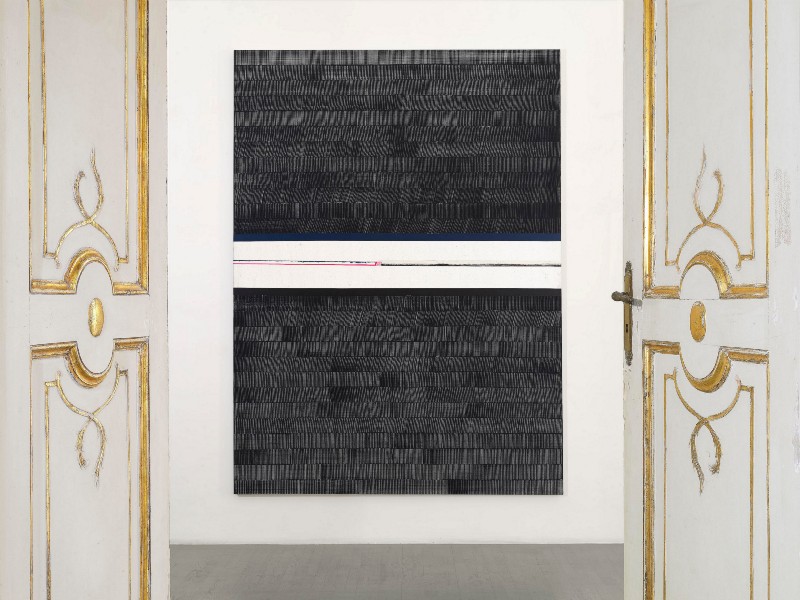 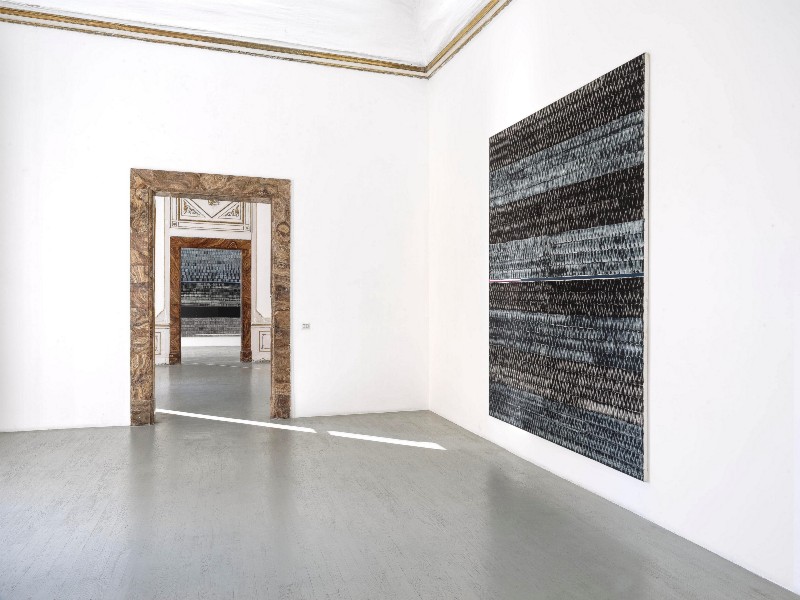 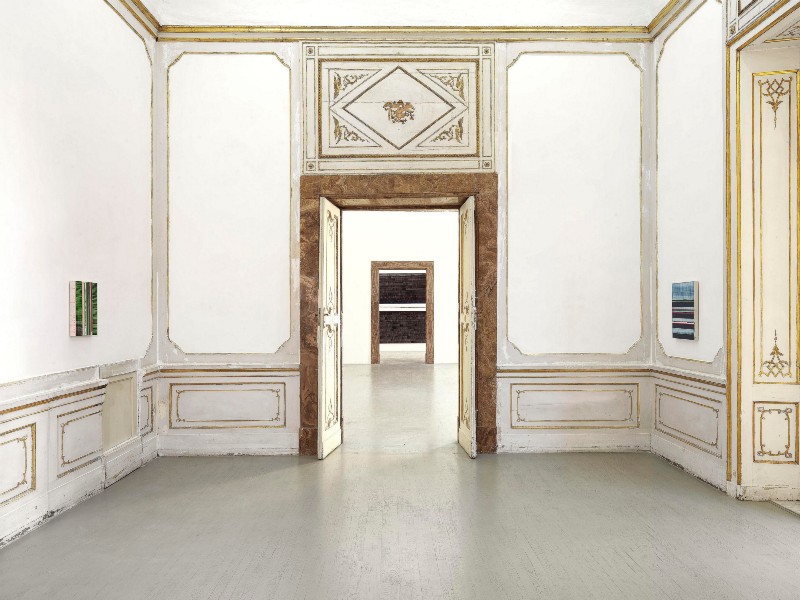 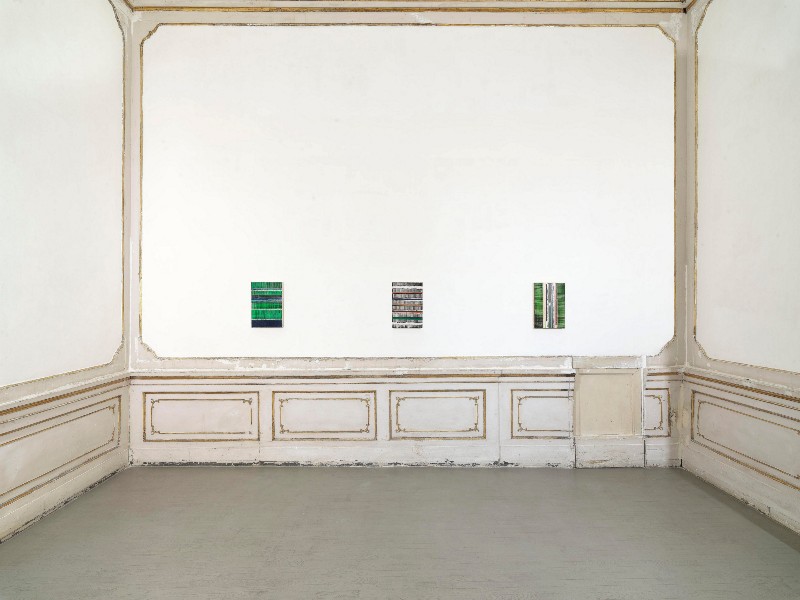 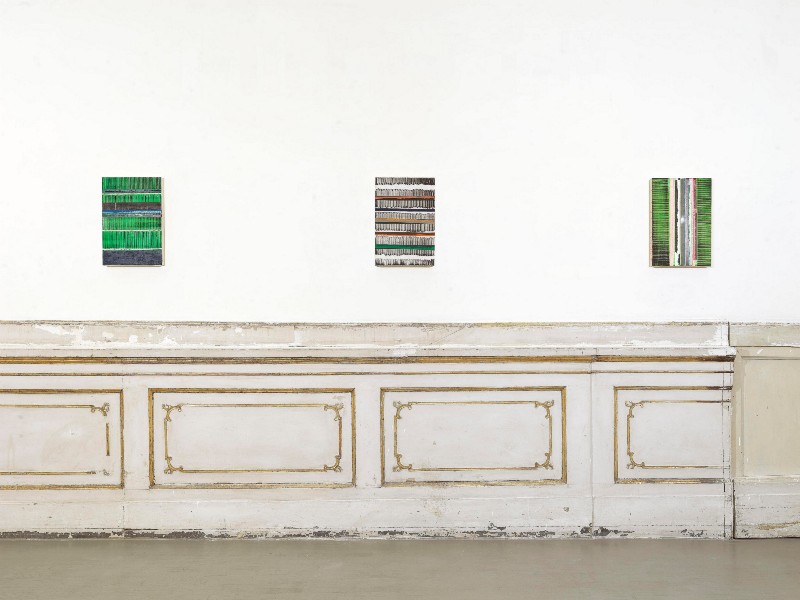 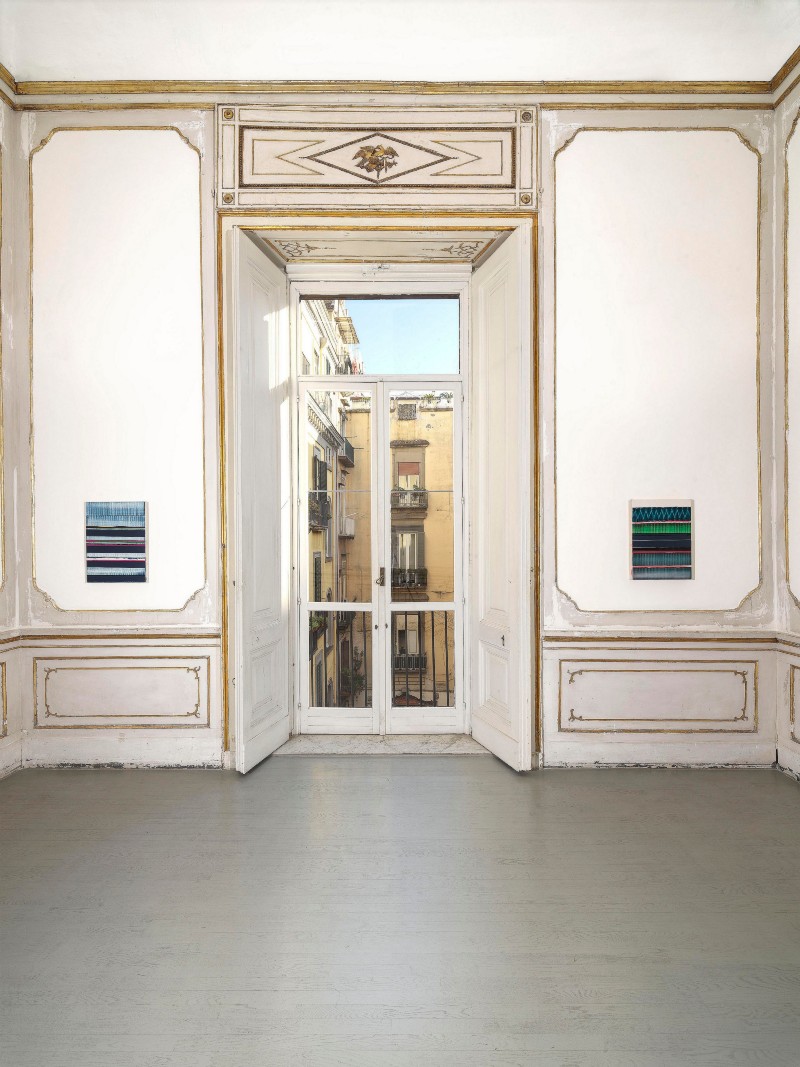 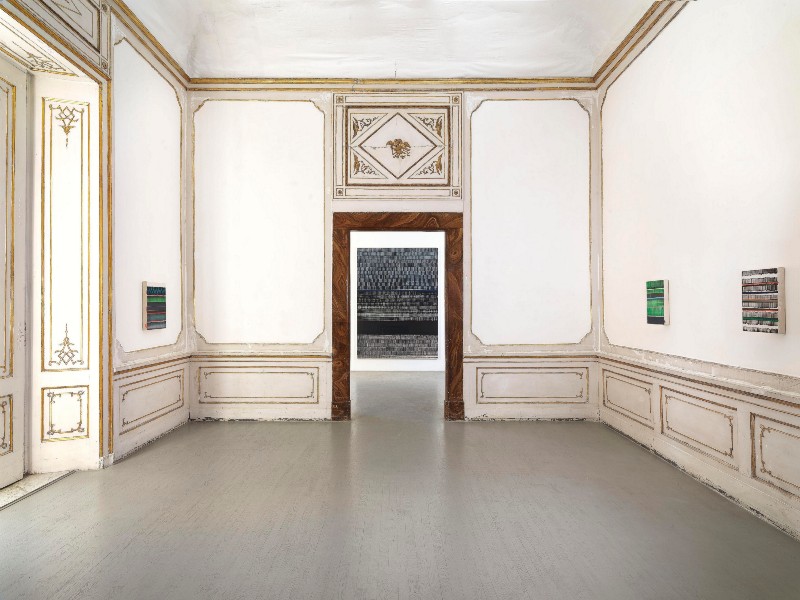 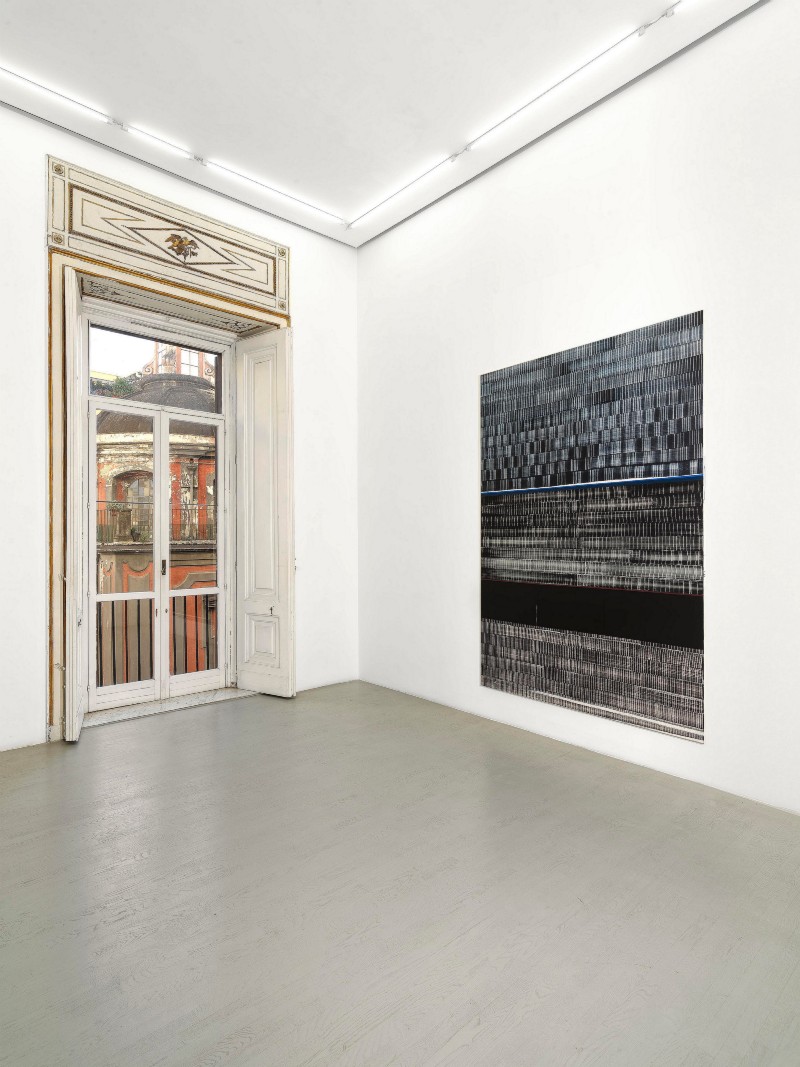 Alfonso Artiaco gallery is pleased to announce the solo exhibition by Juan Uslé, Saturday 15th of December, 2018 at 7.30 pm

His paintings are complex interactions and incorporate a great diversity of art historical references, sensory and mental impressions, various pictorial languages, the gesture of painting and how the matter paints itself functions. The first step is the canvas's preparation with multiple layers of gesso, which is a key element that will remain visible. This continuous manifestation of the gesso also conveys a philosophical resonance for Uslé: namely, that the beginning is present at the end, that the painting is a self-contained entity, a complete object not merely within its four sides but in the vertical layering of its surface as well. The process of painting consists of a natural harmony between the manual act and the intellectual decisions. Movement, or even better, displacement is a thematic key in his work.
In Uslé's work we can read a constant dichotomy between opposing and complementary elements at the same time: order and chaos, presence and absence, flatness and depth. Most of his paintings are a juxtaposition of colour areas and lines structures that seem to come and go like the fragments of a story.
Uslé presents his work as a temporary delimitation of infinite surfaces or as fragments from an infinite structure of lines. Particularly well known, here widely represented, is his family of paintings called "Sońé que Revelabas" (Dream that revealed). Here the artist, through a deeply introspective practice, seems to want to give shape to his more intimate "self". While painting Uslé tries to connect rhythmically with his palpitation, making each stroke a symbolic representation of the beating of his heart.

"I begin listening and recognizing silence, meditating until I hear the blood circulating, and then start following the beats, making marks, one by one, line by line, emptying myself until the entire surface of the canvas is covered. It doesn't matter how long I work; there's a passage from the initial silence to its physical recognition and the performance of a ritual reaching for a deeper silence, where time just disappears."

And here, return the theme of disorientation, no longer understood only in a physical sense but also and above all in a more temporal and perceptive way. His paintings take the viewer into a labyrinthine space in which the articulation seems to indicate a specific direction while, paradoxically; it leaves open the way to interpretation.