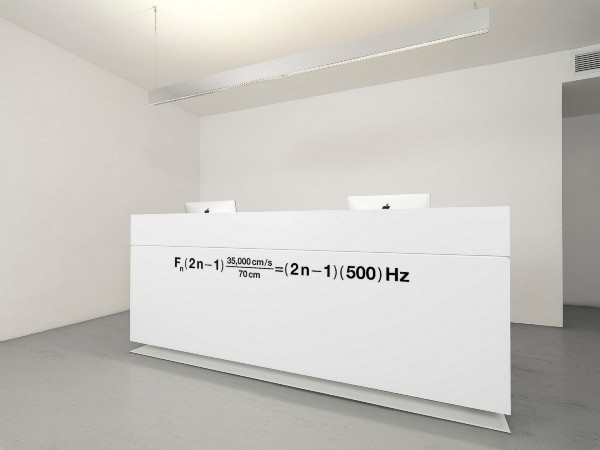 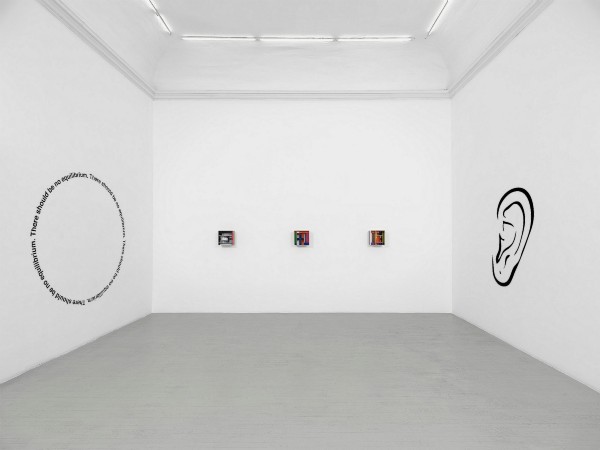 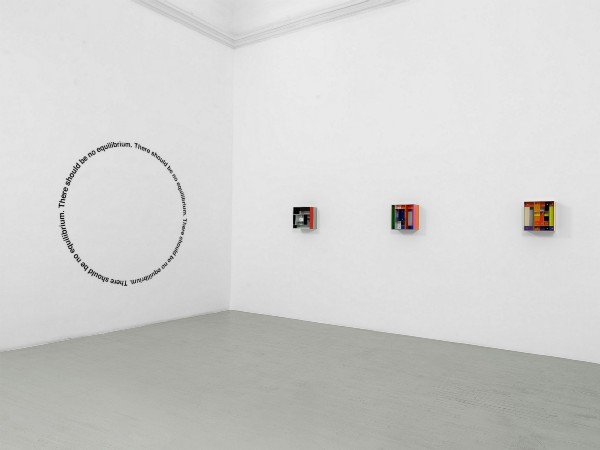 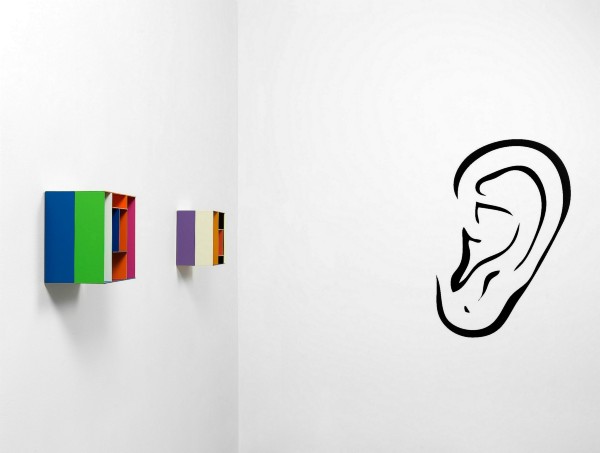 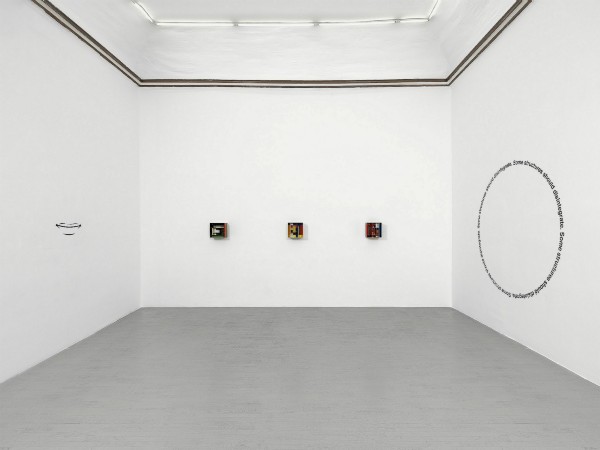 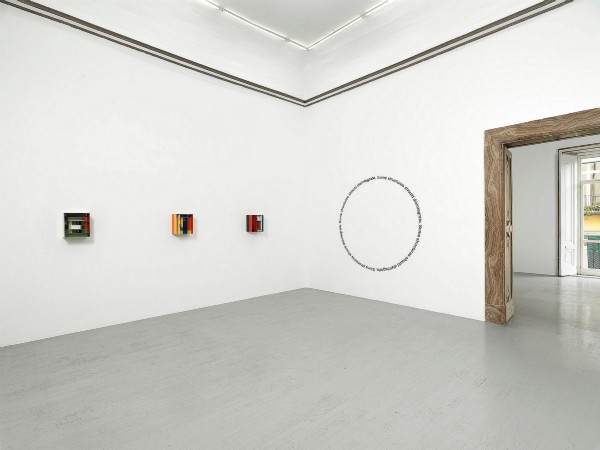 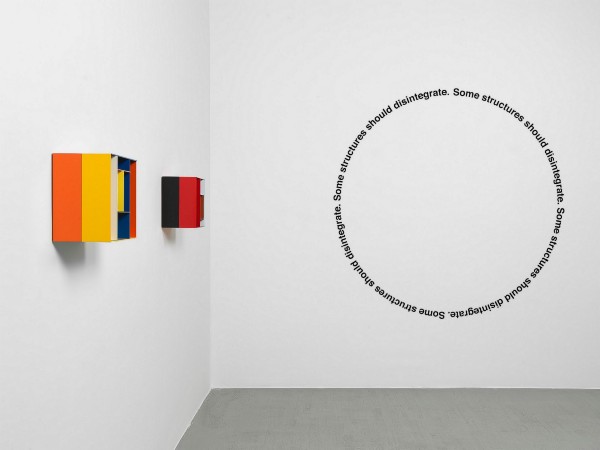 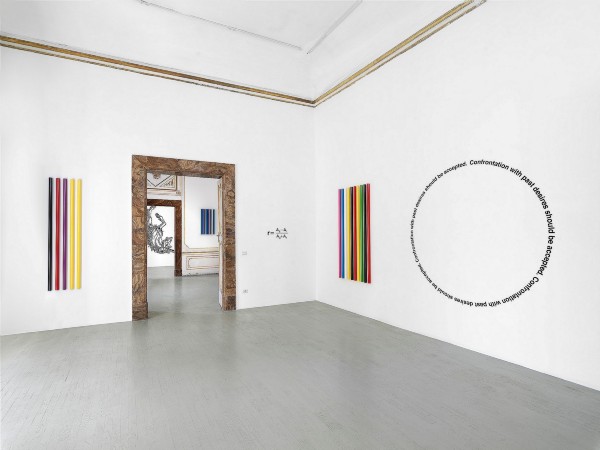 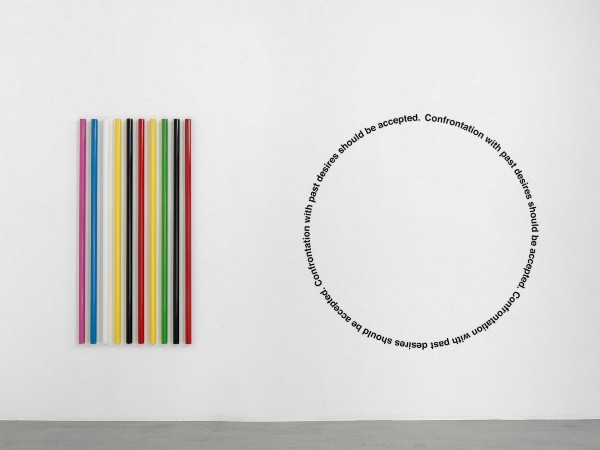 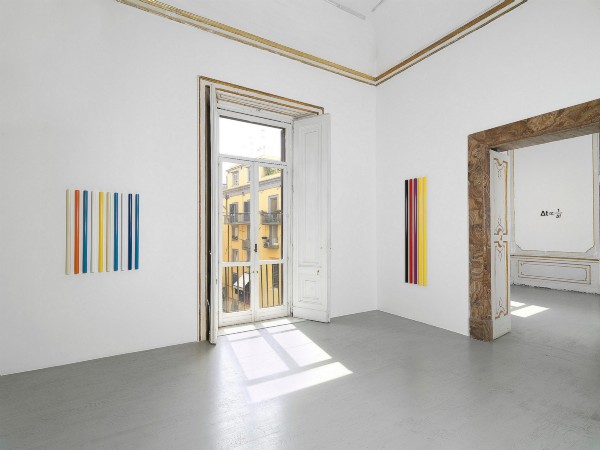 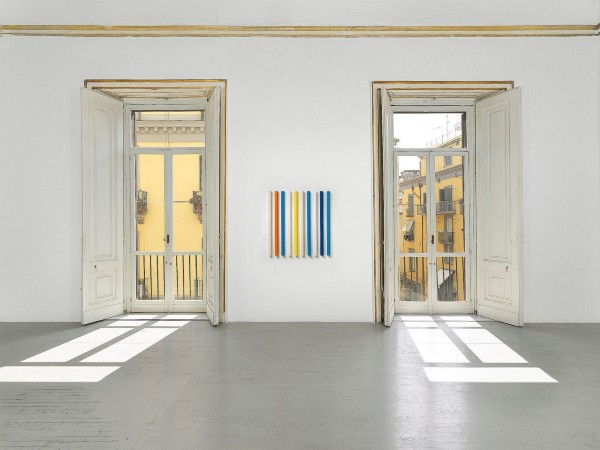 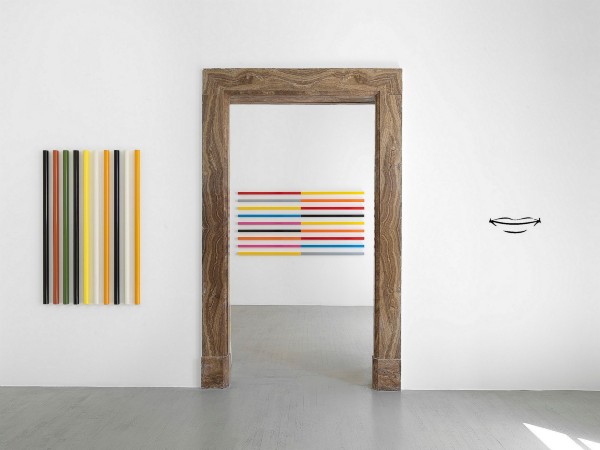 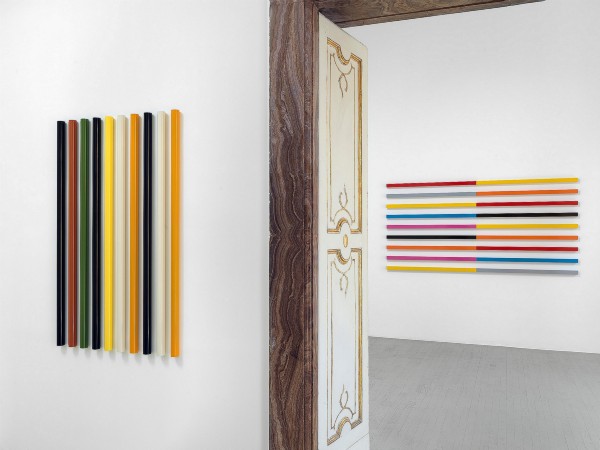 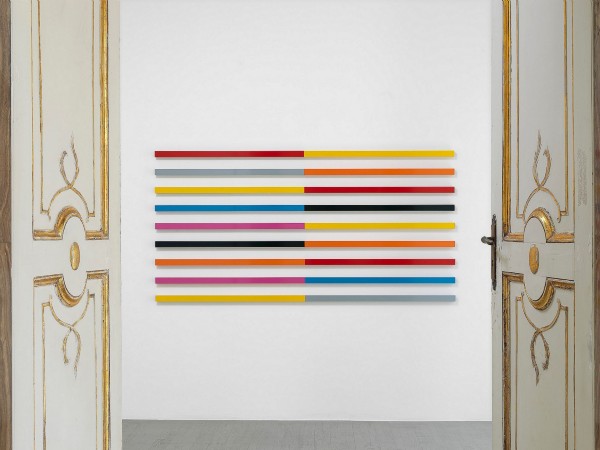 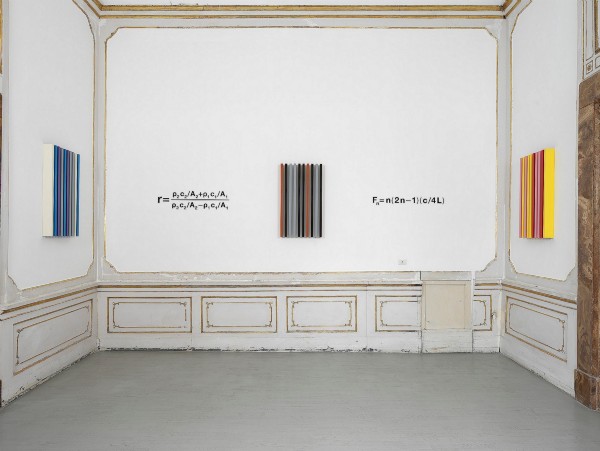 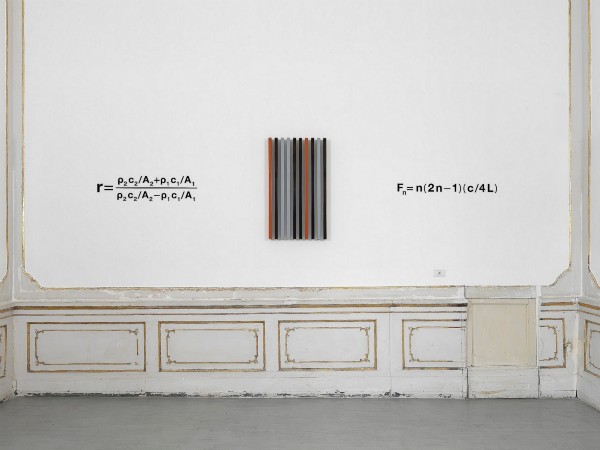 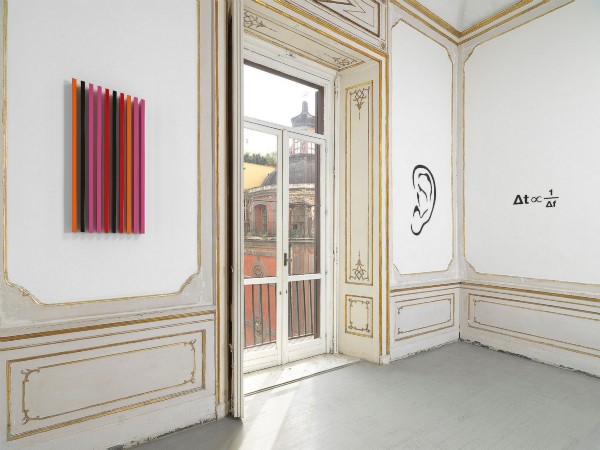 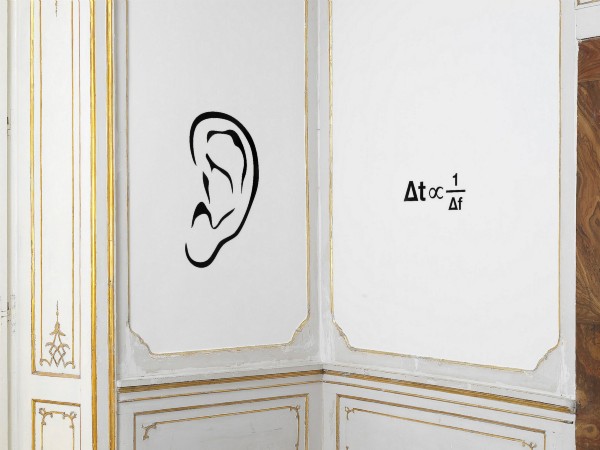 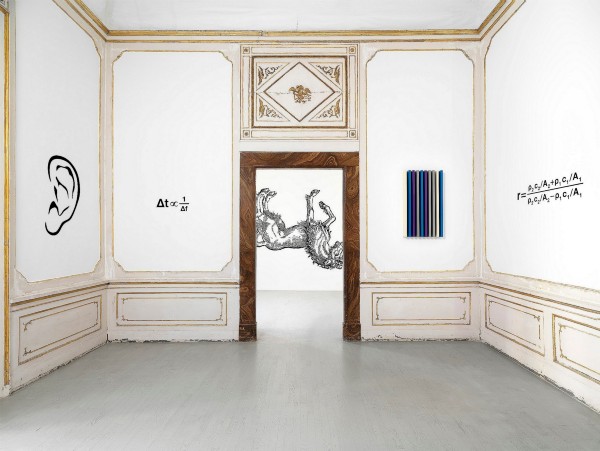 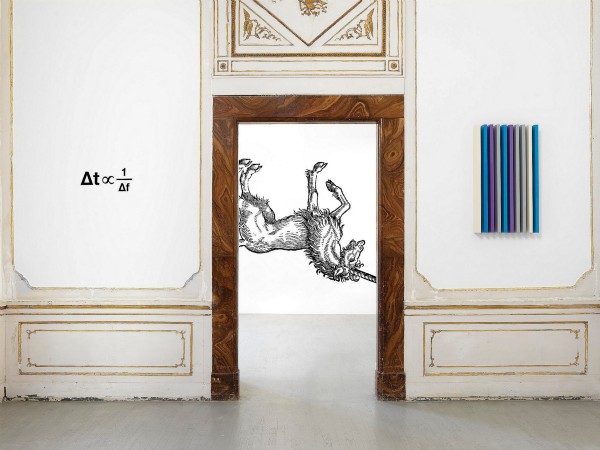 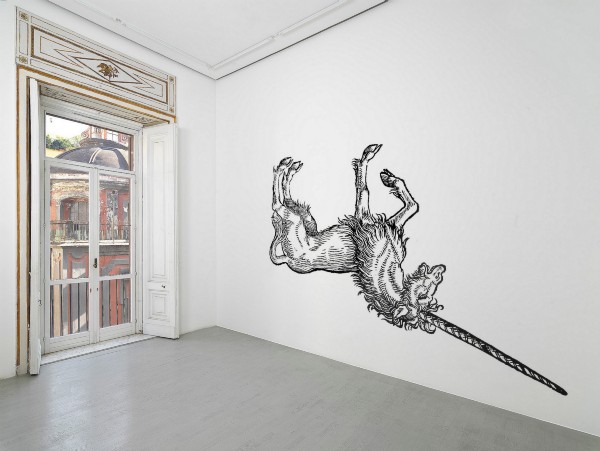 Alfonso Artiaco gallery is pleased to announce the opening of Liam Gillick' solo show, Thursday 10 September 2020 from 10 am to 7 pm, the artist will be present.

Liam Gillick comes back to Alfonso Artiaco gallery for his third solo exhibition (previously in 2012 and in 2015).

It should feel like unicorns are about to appear a.k.a. Half Awake Half Asleep is an exhibition that combines new wall based abstract works with mathematical equations, texts and graphic representations of noses, ears and mouths.

An important aspect of Gillick's work since the mid 1990s has been a consideration of the changing nature of discourse and discussion under new economic and social conditions. New forms of abstraction can be derived from shifting social relationships.

The phrase "Half Awake Half Asleep" recurs in the artist's 1997 book Discussion Island / Big Conference Centre as a way to evoke the particular quality of lived experience once work has become endless and human relations heavily mediated and self-regimented. The characters in the book find often themselves in a condition that is neither fully conscious nor unconscious - personally and politically. It is during these half awake half asleep moments that they can perceive their surrounding most clearly. It is also when the abstraction that frames the new contemporary reality is most clear to them.

The abstract wall based works in the exhibition allude to distinctly contemporary elements we find in the built world of architecture, industry and communication. The works have evolved from an earlier focus on false ceilings and dividing screens to evoke the cooling fins, server arrays and vents that are the circulatory organs of the built world. These works are placed in direct confrontation with a series of mathematical equations that relate to how we form spoken words – the mathematics of speech. These equations are joined by a series of simple graphic representations of ears and mouths taken from comic book illustrations. Three circular text works each make a demand that relates to entropy. "There should be no equilibrium", "Some structures should disintegrate", and "Confrontation with past desires should be accepted". At the end of the exhibition we are confronted by an enlarged medieval graphic image of a Unicorn. The image of the Unicorn is inverted, and appears as if glimpsed in a fevered dream, only existing as a visual afterimage on the wall.

In It should feel like unicorns are about to appear a.k.a. Half Awake Half Asleep we are now mere witnesses to a series of procedures performed through a combination of mathematics, abstraction and iconographic representation that only reveals itself when neither fully awake or completely asleep.