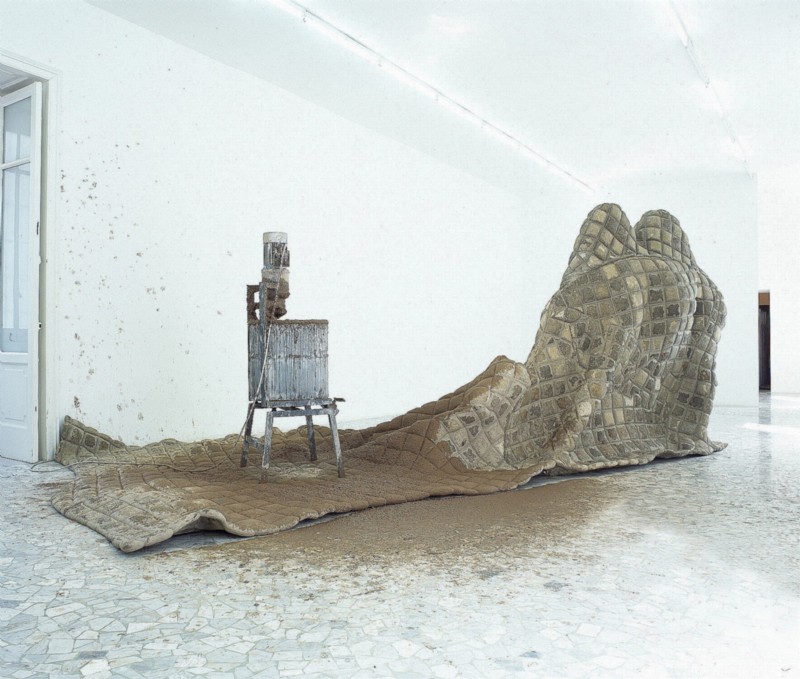 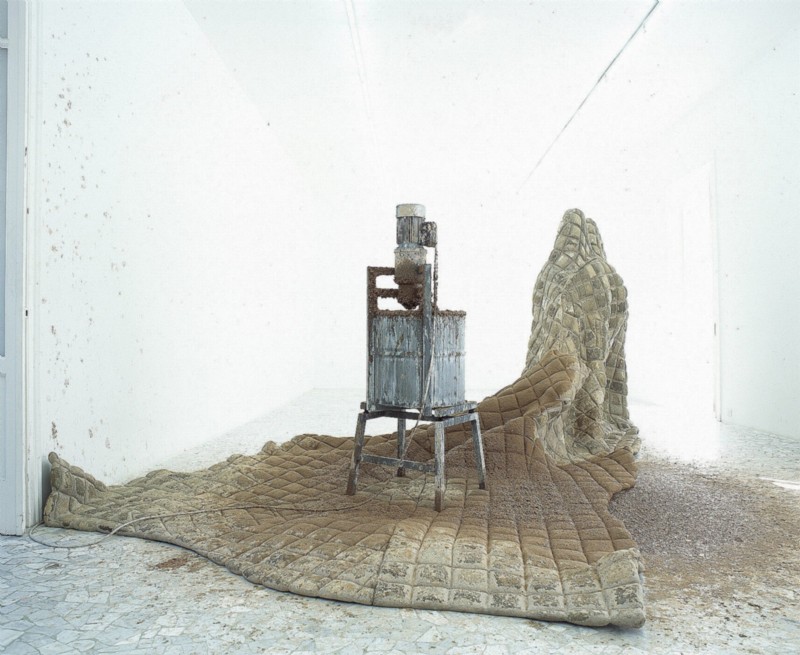 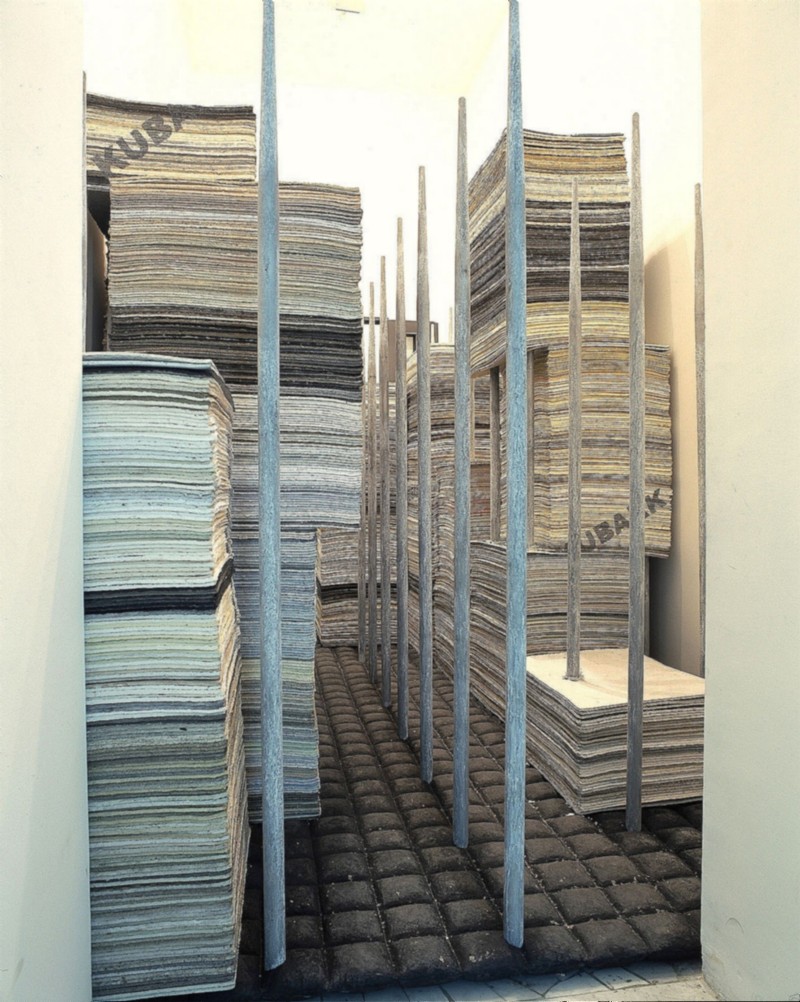 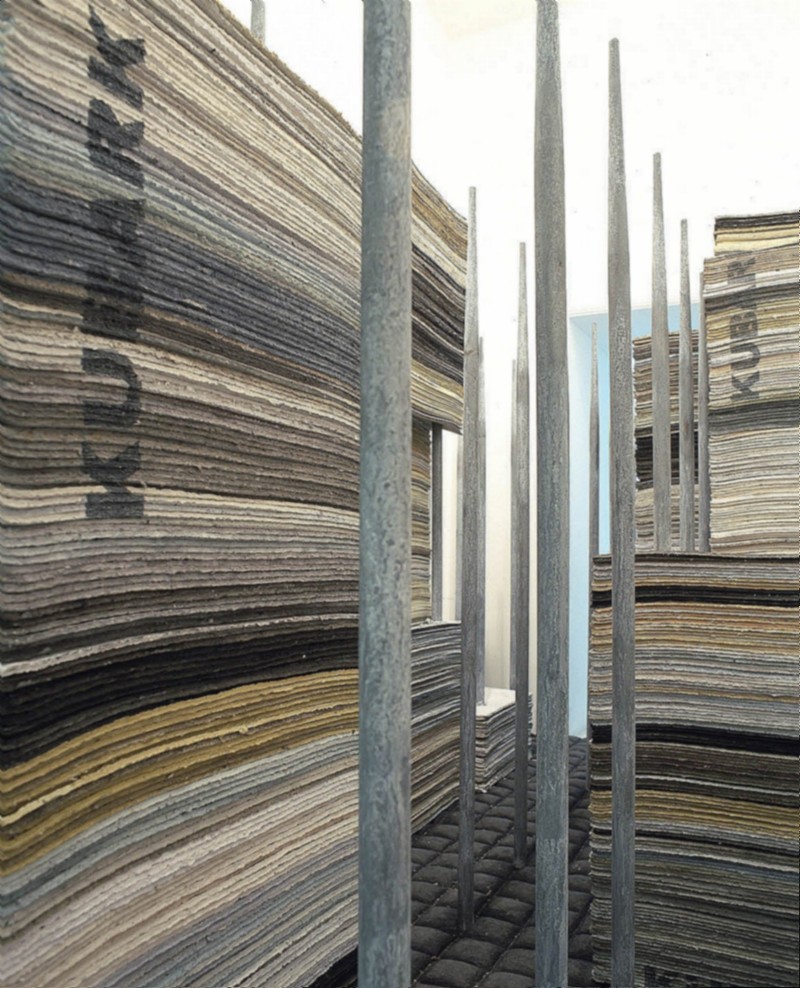 Alfonso Artiaco gallery is glad to announce the opening of Perino & Vele's personal show " Kubark", September 23rd at 8.00 pm, the artists will be present.

One of the distinctive traits of Perino & Vele's poetics is born from the relationship with newspapers as medium. The colour of their sculptures varies accordingly to the newspaper used. Inspired by everyday objects such as furniture, tools, vehicles, or animals, they are the result of information grounded, pressed and reassembled by the artistic gesture. The uniform sense of information is replaced in the work created by a personal sense, sometimes with an ironic or sarcastic character, as if to change the tone of the story of the mass media.
The title of the exhibition is inspired by a highly topical theme. Kubark Counterintelligence Interrogation is a secret 1963 CIA manual on the techniques of interrogating adverse sources in use by the military, declassified in May 2004 from the Washington archives. The term Kubark represents the code name of the CIA.
Two sculptures, specifically created for this occasion, are exhibited at the Artiaco gallery. "Kubark Counterintelligence Interrogation" located at the entrance of the gallery, forces every visitor to the exhibition to go through it. Composed by long spears, on which piles of papier-mâché sheets are stacked, it is the first step in a journey whose background theme is the first draft of the manual for interrogating adverse sources. In this version, later censored and rewritten, it was suggested that the interrogator could use coercive methods by manipulating the environment of the antagonist subject, alter his perception of time and space, creating an unpleasant or intolerable situation, to obtain confidential information. . In the second sculpture, "Dick", a noisy blender sprays pieces of paper on the mantle of a camel, chosen as a symbol of Arab civilization and culture, whose shape changes due to the fragments of paper received. The environment is made hostile by the noise of the blender, Perino & Vele's work and creation tool, which grinds symbolically destroying the pages of the manual.