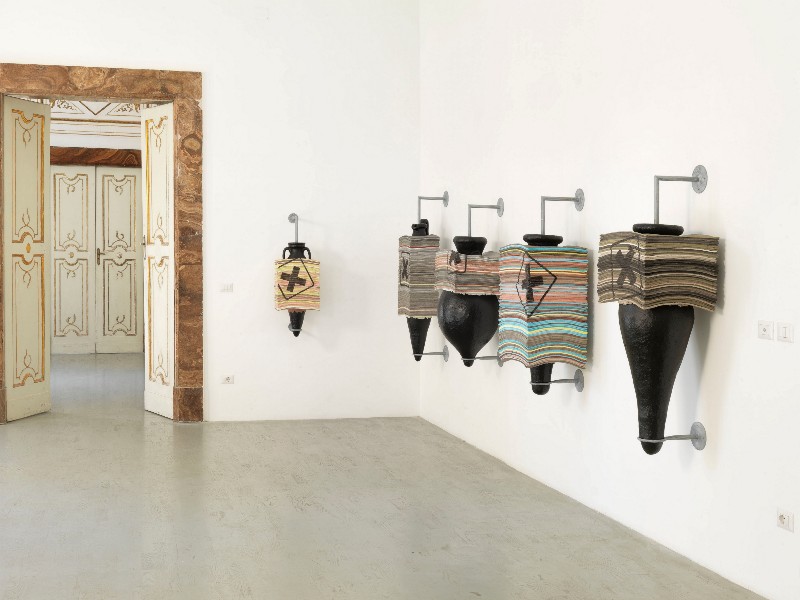 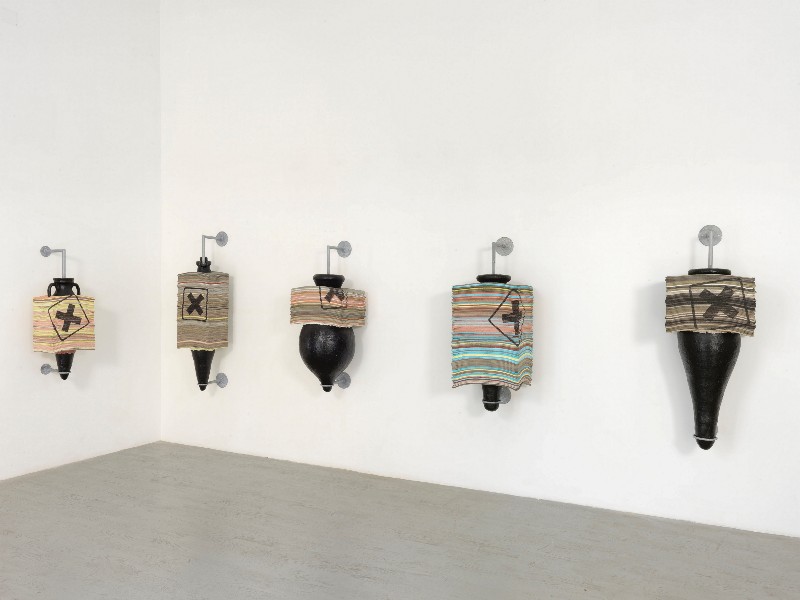 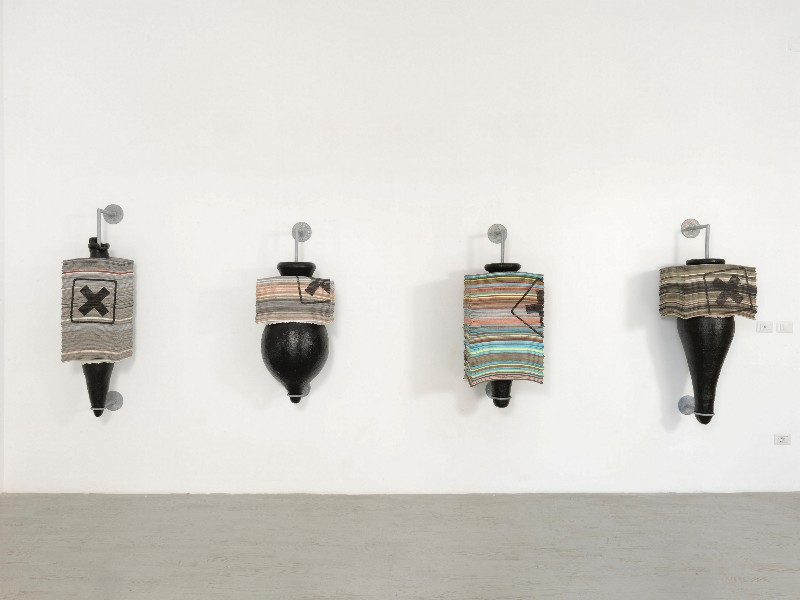 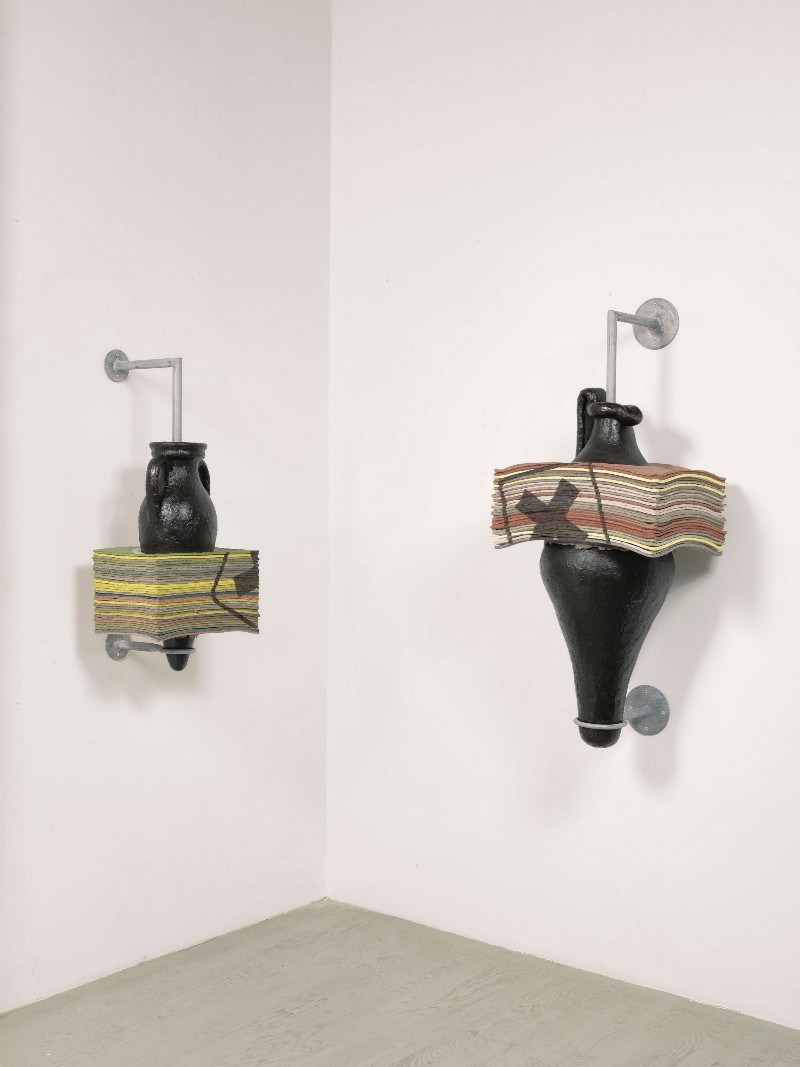 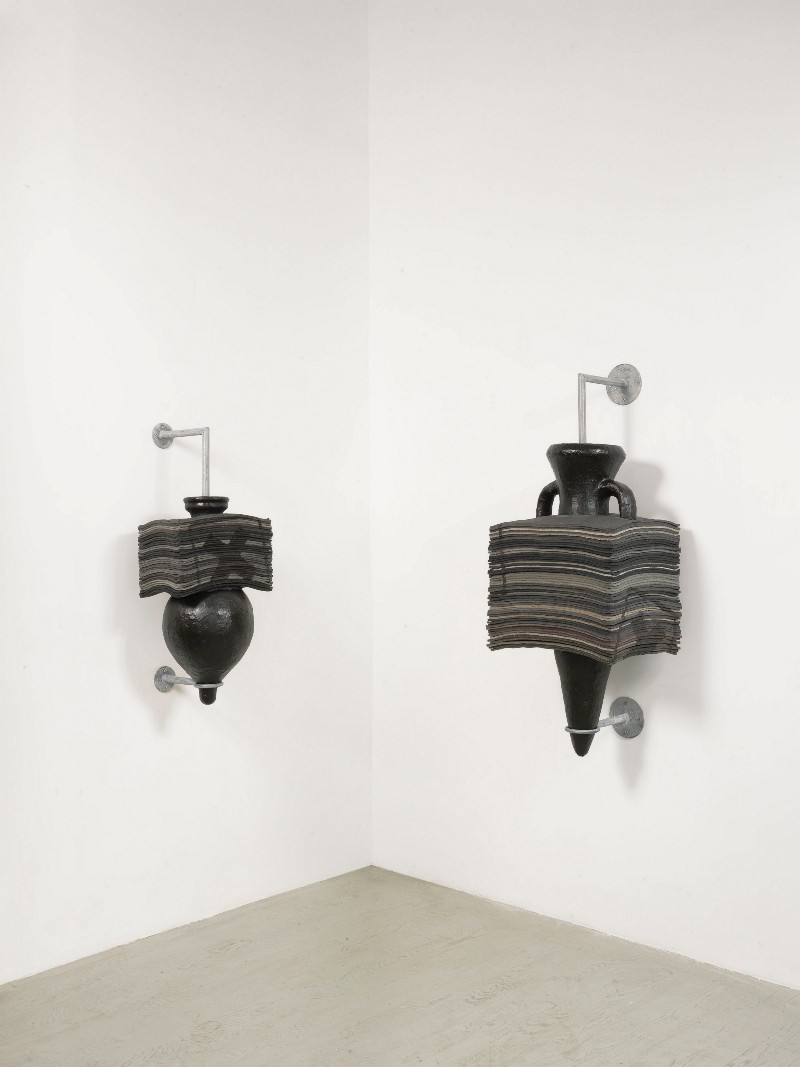 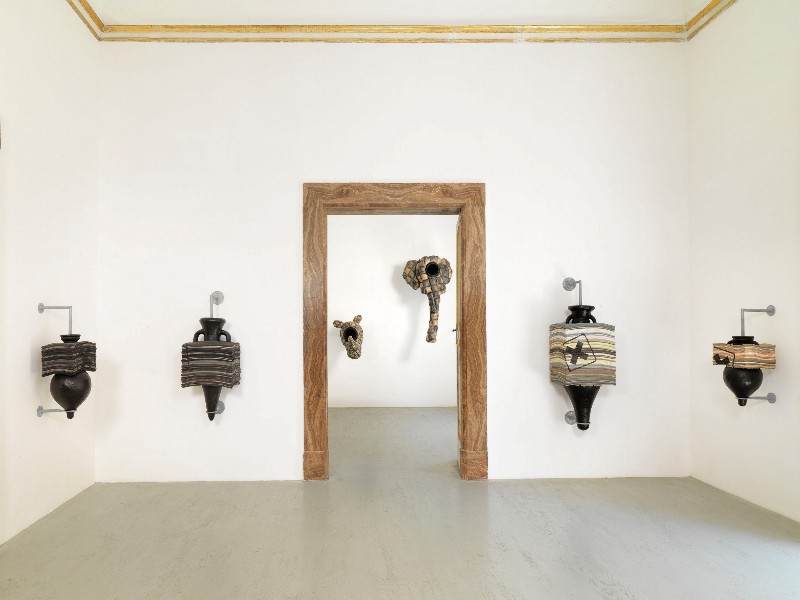 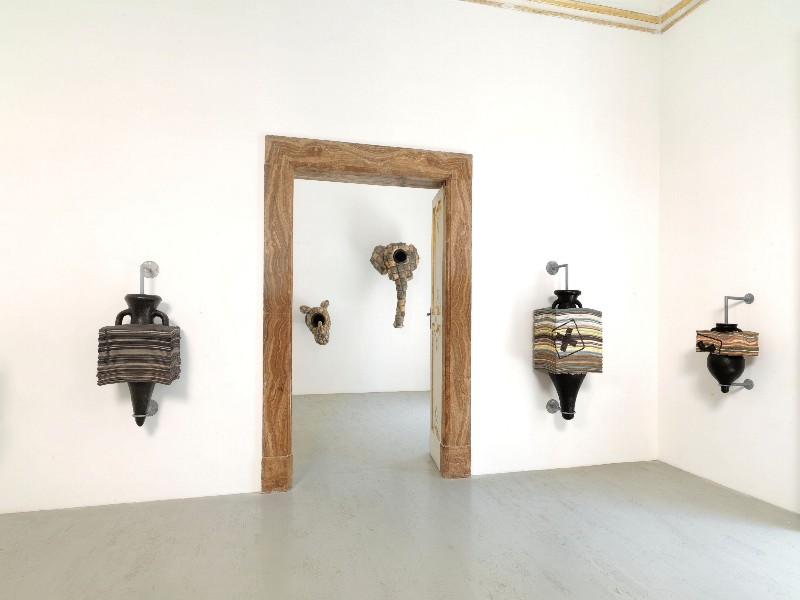 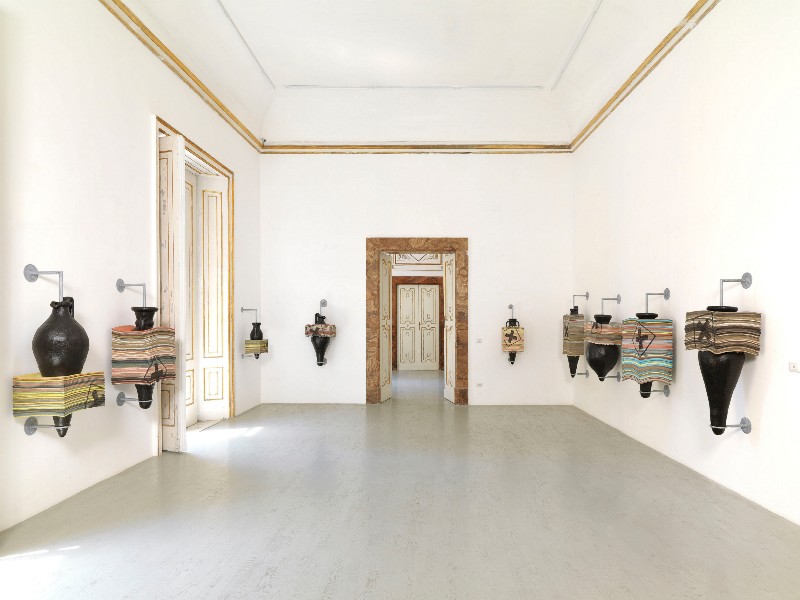 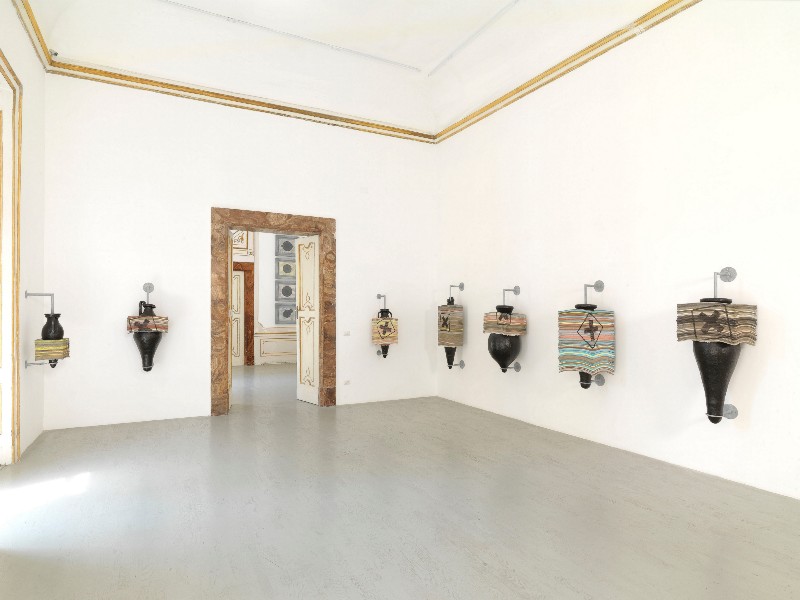 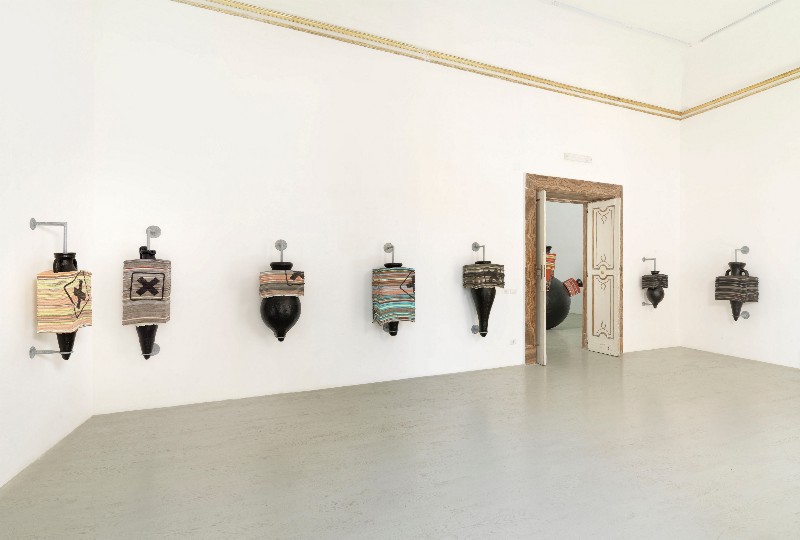 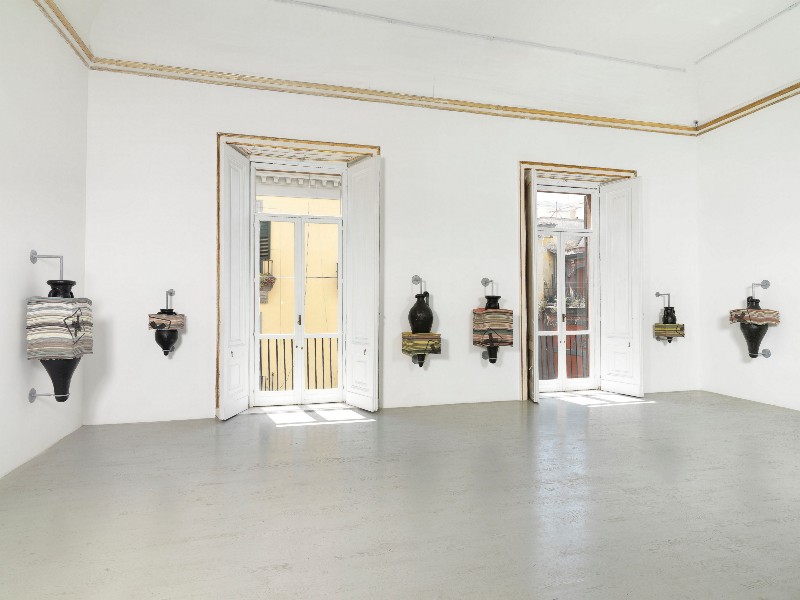 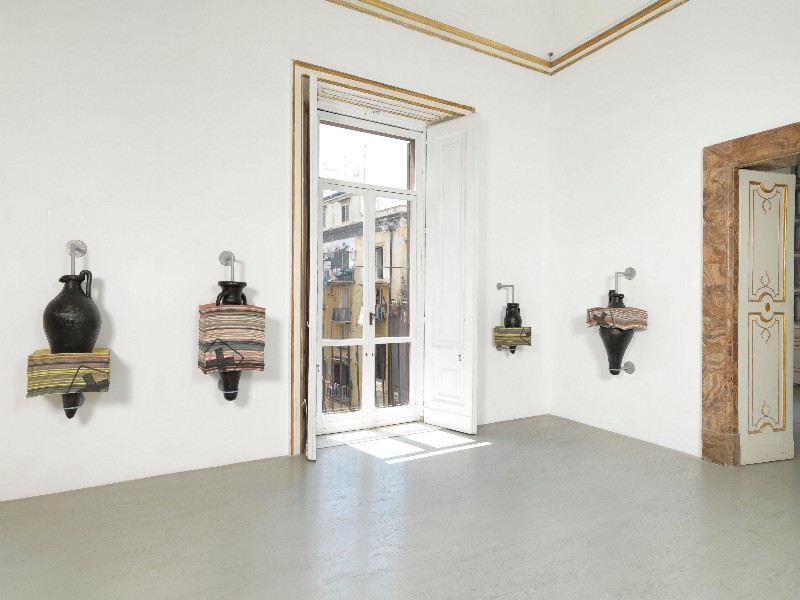 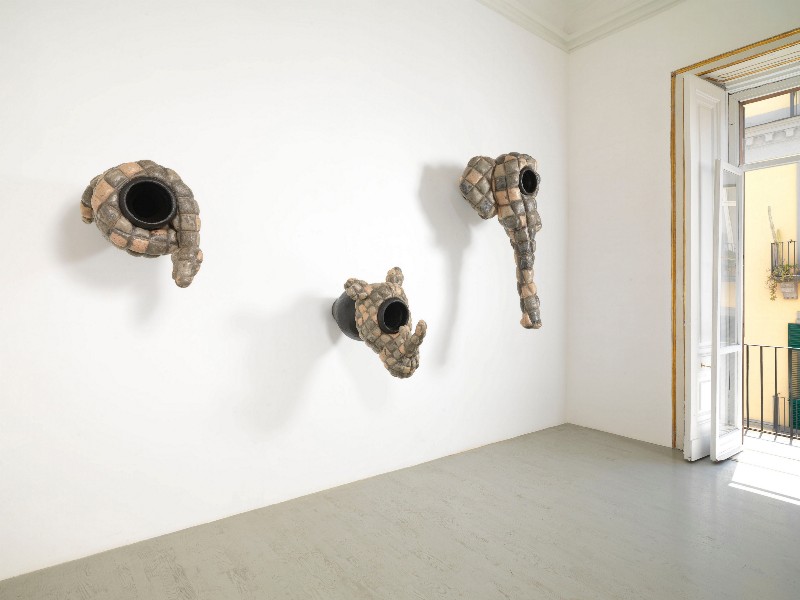 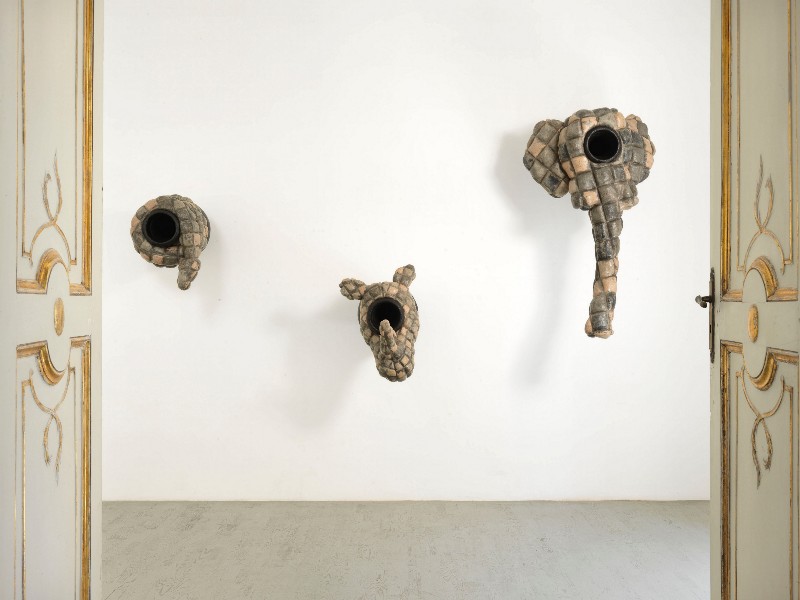 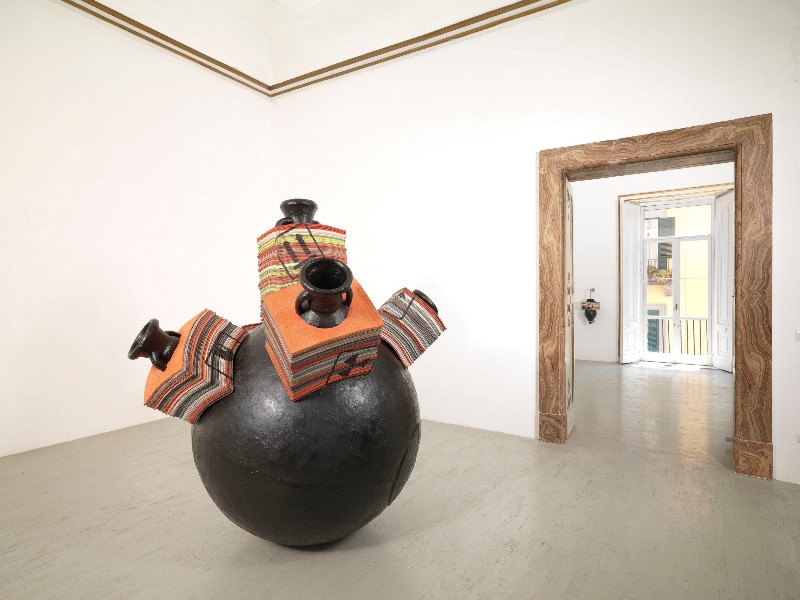 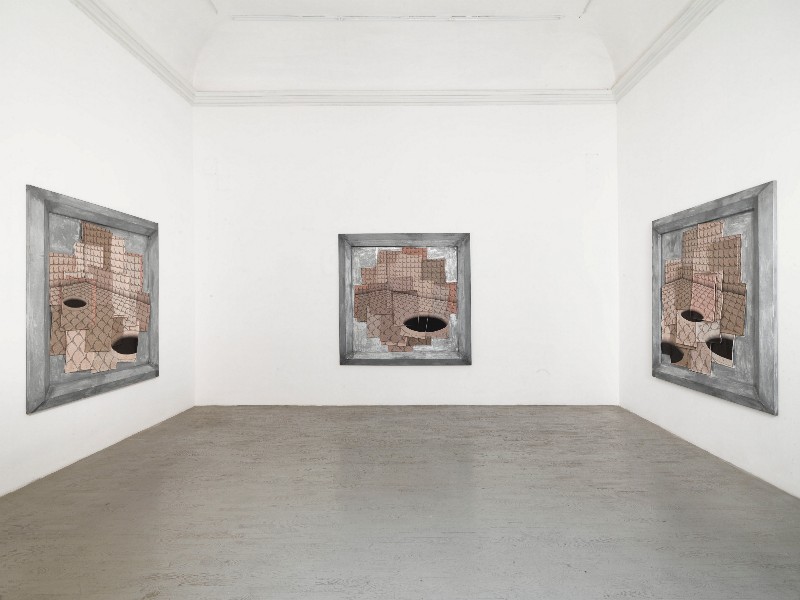 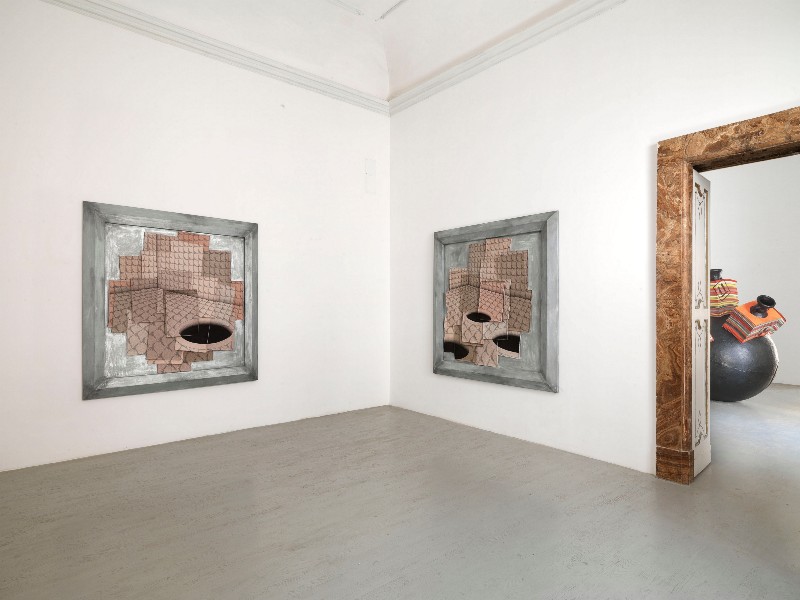 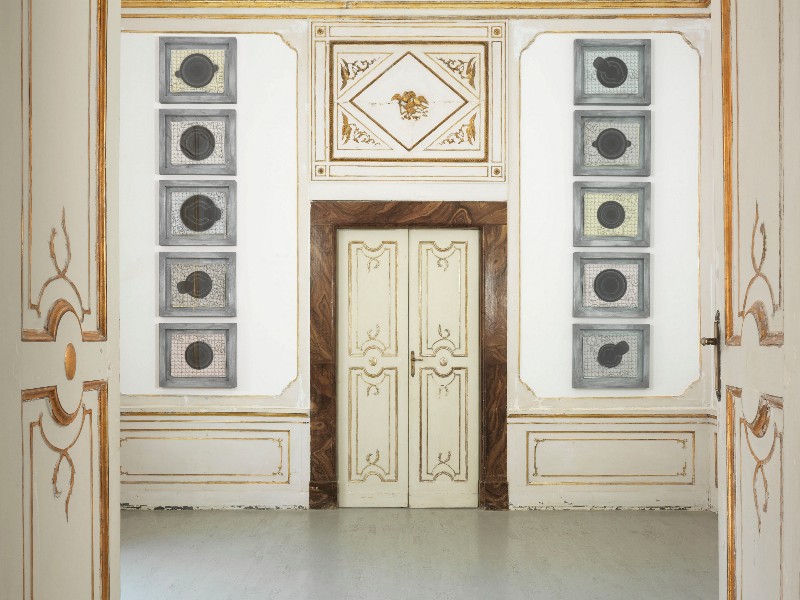 Alfonso Artiaco gallery is delighted to announce the opening of the exhibition by Perino & Vele, Piazzetta Nilo 7, Naples, on Thursday the 5th of June, 2013, at 7 pm, in the presence of the artists.

The poet Hesiod tells that Pandora, femme fatale forged by the god Hephaestus, was sent to the Earth by Zeus to spread all the evils of the world through opening the jar that contained them, which she received as a gift from the god for her wedding with Epimetheus. Only Elpís, hope, remained in the jar. From that day on Elpís assists men in the most difficult moments of life.

Today Perino & Vele feel the need to stop and reflect on the artistic path they have traced together. They dig into their past as artists and seek in the universal history that spirit of creativity and civilization, their Elpís indeed, to face the future with a mature sense of responsibility towards making art. In fact, in a period of deep crisis and limited perspectives, they feel the urge to create a certain reference in their production, not to cling stubbornly to a certainty established by the authority of time but to set a new starting point to reflect on the subsequent developments of their sculptural research.

Drawing a positive moral from the Greek myth, Perino & Vele give to Elpís the shape of the jar, the symbol of a Golden Age which is lost but remains as an ideal model. All the artworks created for this exhibition are inspired by this form of classical pottery, as a container as well as the human evidence of the horror vacui. The sheets of coloured papier-mâché, piled one on top of each other, create a geometric composition of overlapping bands, which cling to the jars and wrap their curvy forms. Perino & Vele intend to fix the history until the present day in the material's memory and, at the same time, restore the order in the drift of the contemporary time. While maintaining their identity in the syntax of the papier-mâché, the duo from Campania succeeds again in renewing its expressive grammar: no more a "destructive" technique to condemn the absurdity of the present time, but instead a "constructive" material to build a better future, a future of hope. And they go beyond: they introduce for the first time among the materials of their sculptures an organic bituminous compound: tar. The black bitumen of the jars, empty and deep, lights up with the pastel colours of the papier-mâché; warning signs and quotes from famous people warn the visitors from the cases of fate; animal skins wrapped around the jars give new body and life to a snake, a rhinoceros and an elephant. A parade of thirteen jars, set up on the walls, creates a single installation with a symbolic, empathic character, putting us in the face of the harsh reality, rigid and impassive as it is, that helps us to open our eyes and reflect on a necessary change. This is Elpís, the great work that gives the exhibition its title and which conceptually summarizes the next developments of the sculptures by Perino & Vele; the panacea of ​​all evils and all hopes, the world in which we live in, skewered by the jars, but in the act of expelling them, as if to be set free from the condemnation of Pandora. Continuity and renewal merge into a virtuous blend of firm condemnation and complaint, and desire to propose an alternative, a real possibility of renewal. Although the vaguely archaeological amphorae and supports convey a feeling of veiled melancholy, actually the warm colour of the papier-mâché releases the hope imprisoned inside the jars, now open, leaving room for a sincere optimism in the future that will come.

The exhibition "is a Pandora's box": it refers metaphorically to the sudden discovery of hidden problems that you are forced to responsibly deal with. Through this subtle conceptual reminder, Perino & Vele reiterate that for them the sculpture has a declared civic value, because it feeds the tensions of contemporary society, it openly criticizing its injustices, but as well aspires to overcome them. (Lorenzo Respi)