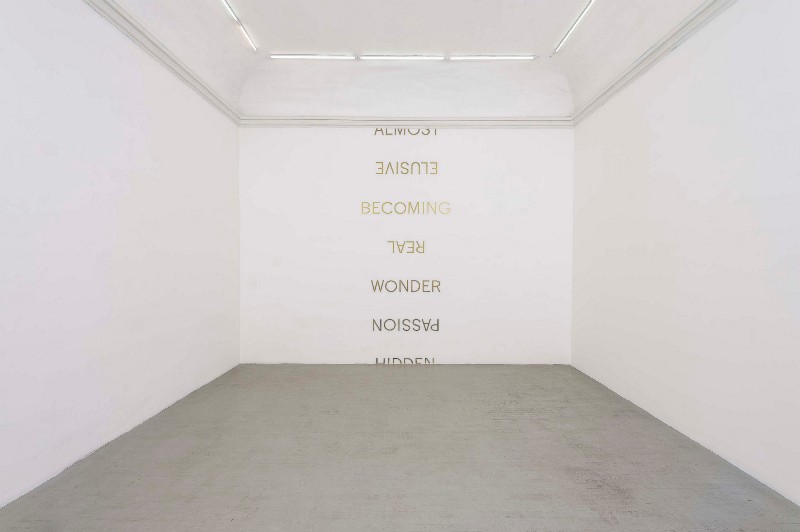 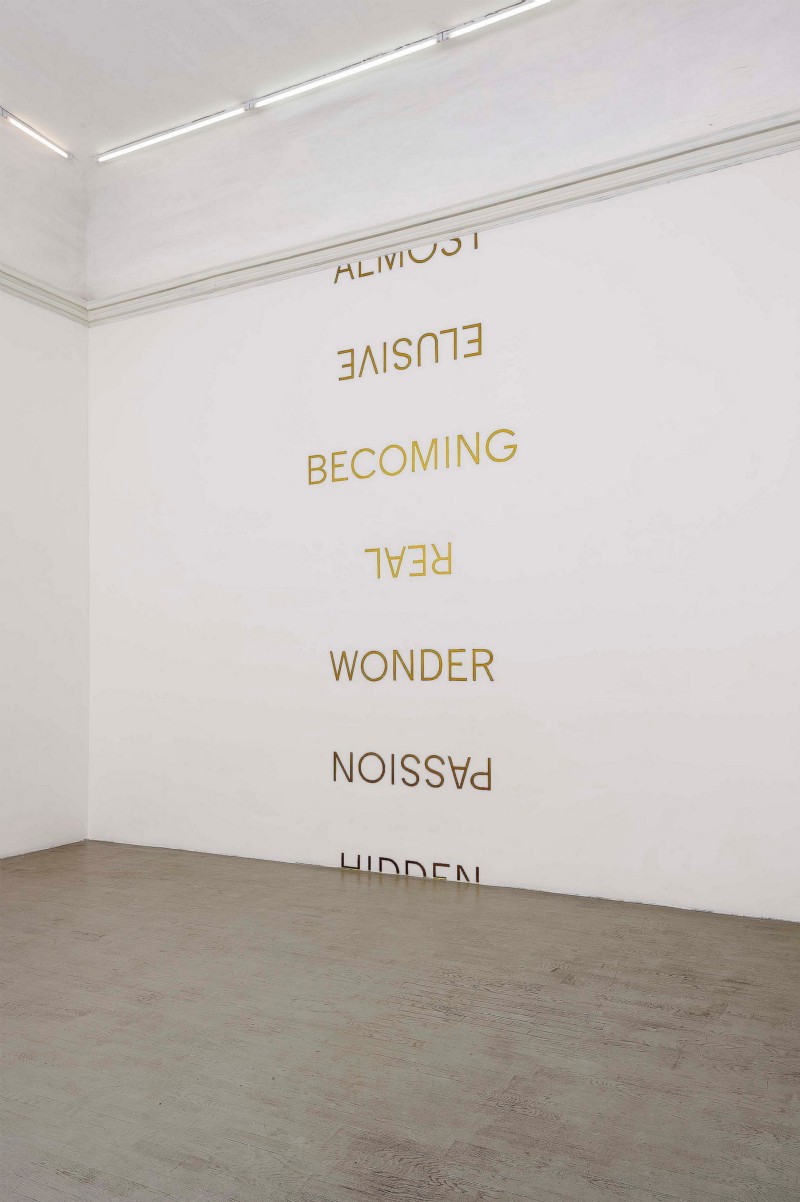 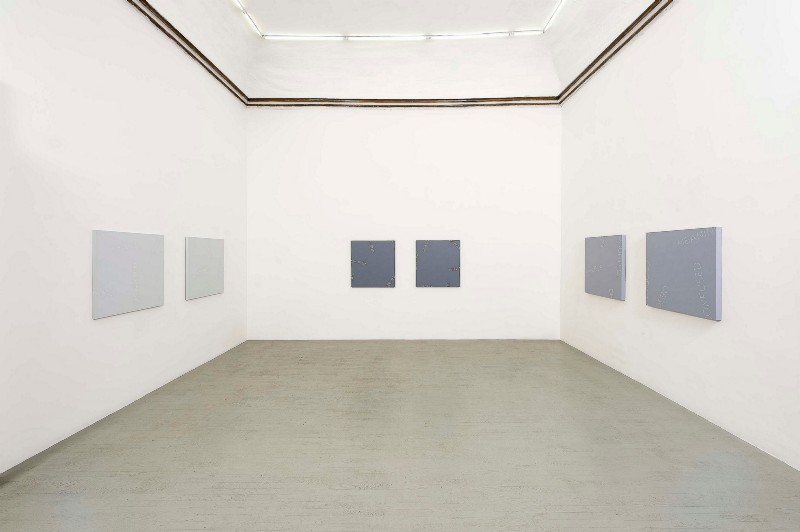 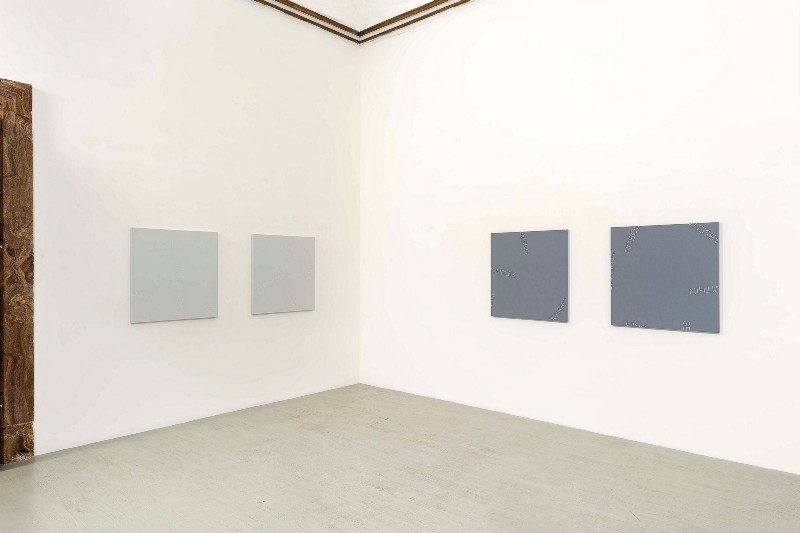 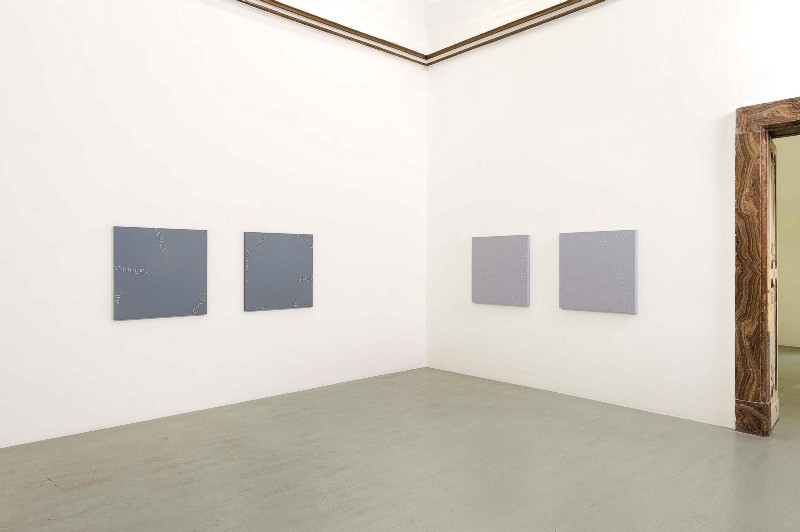 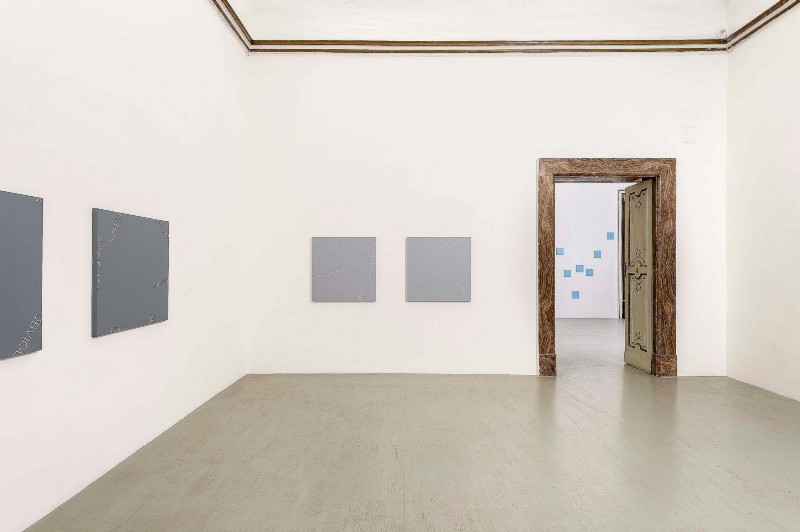 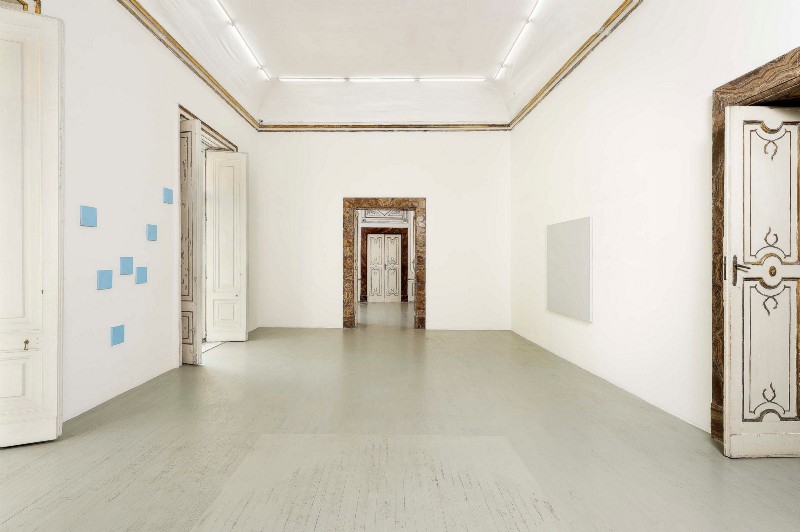 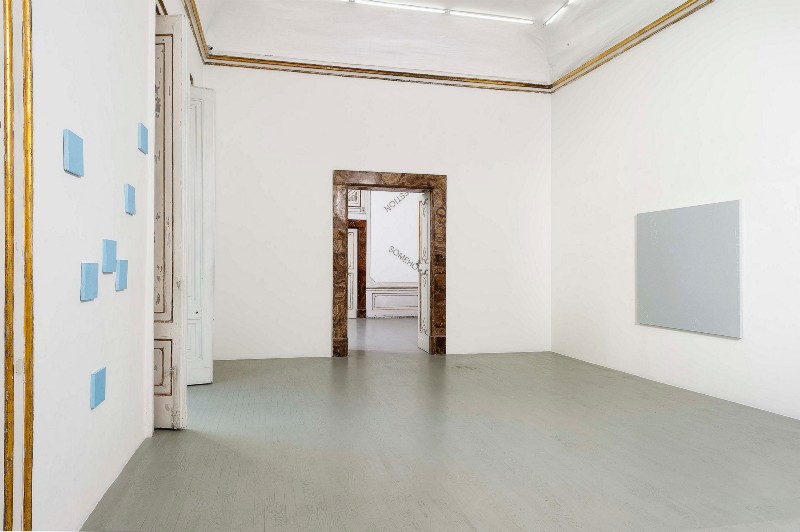 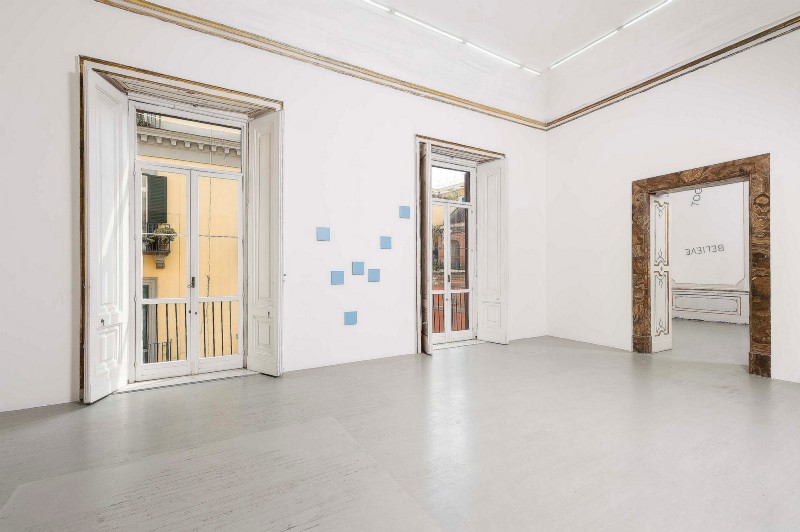 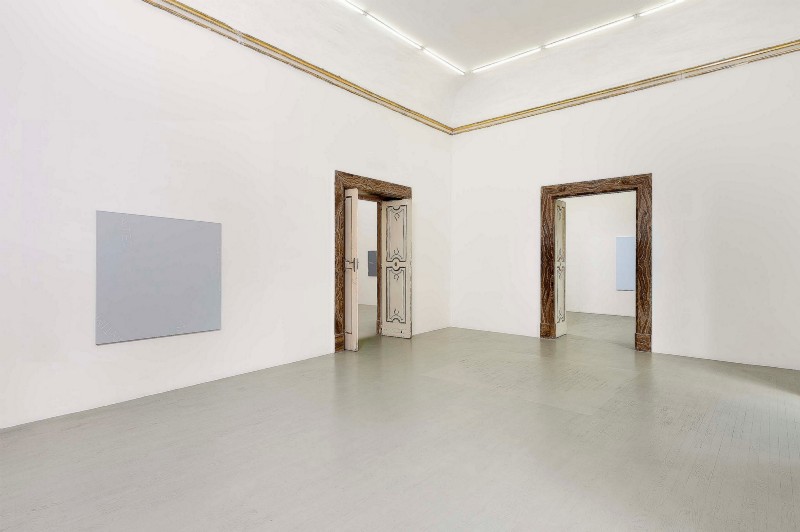 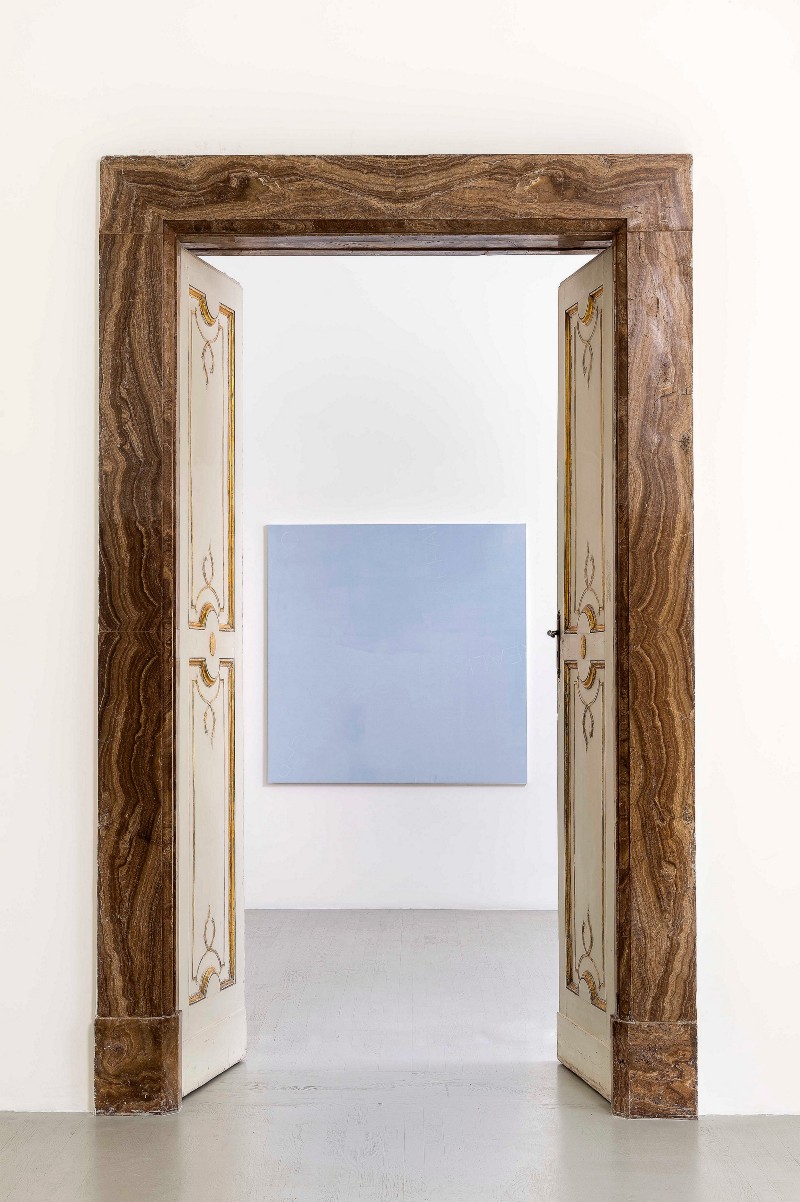 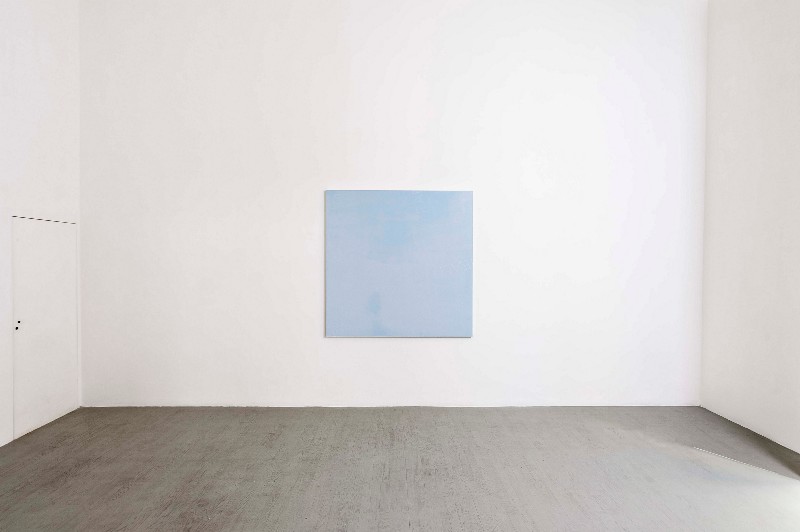 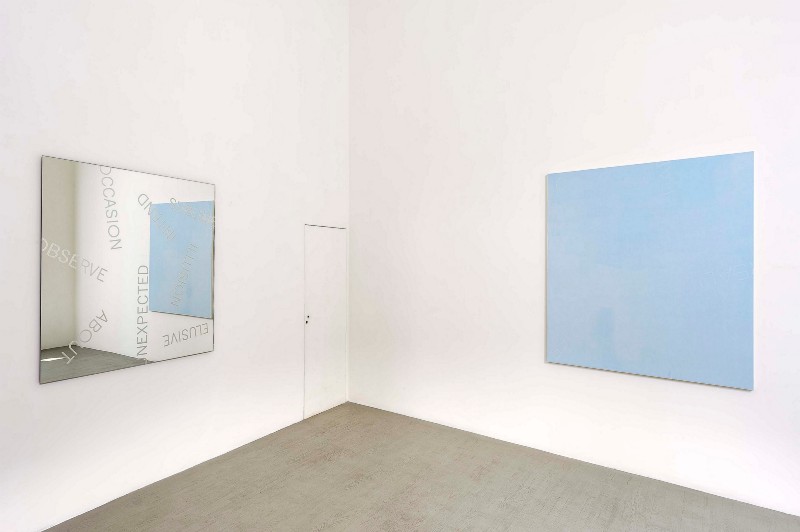 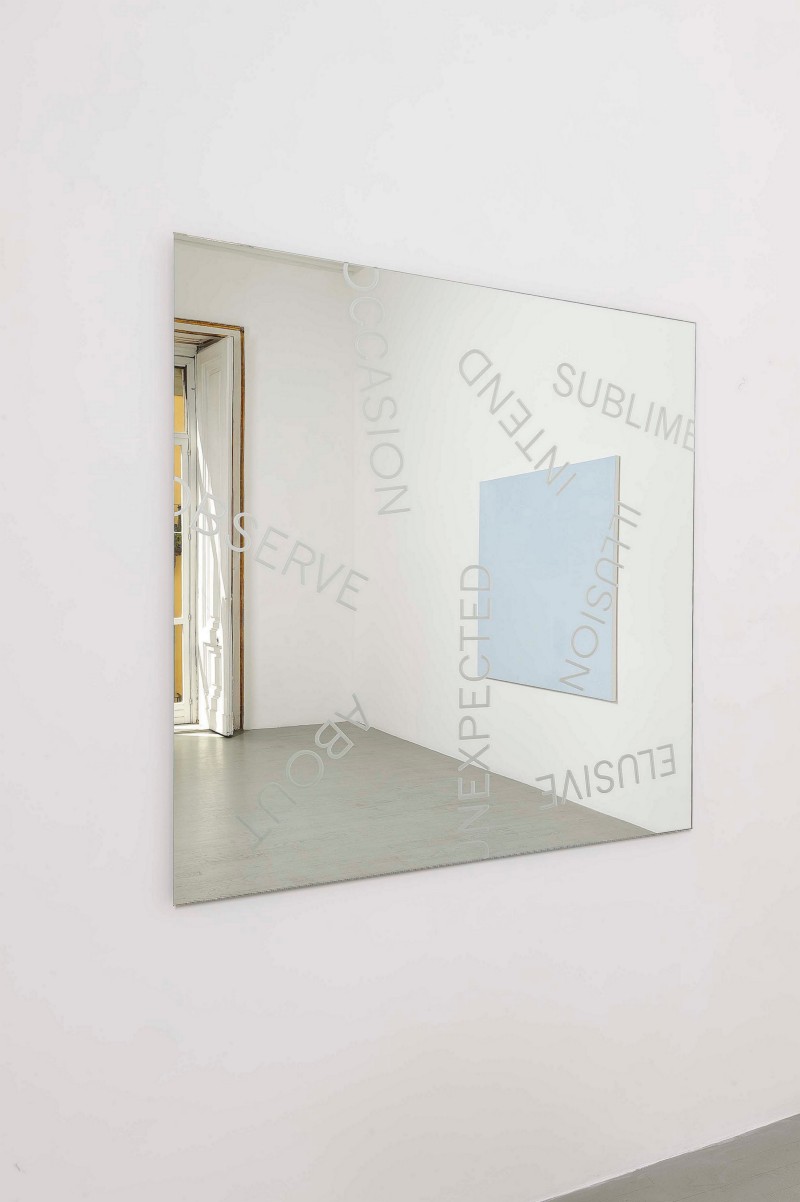 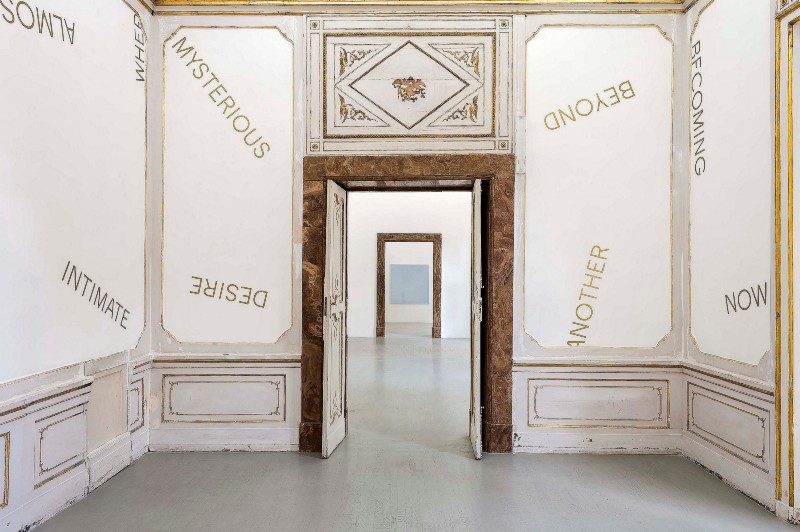 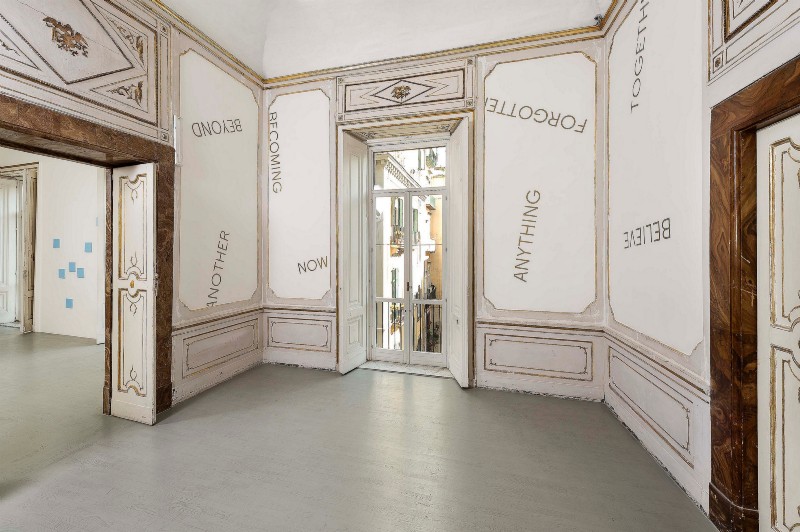 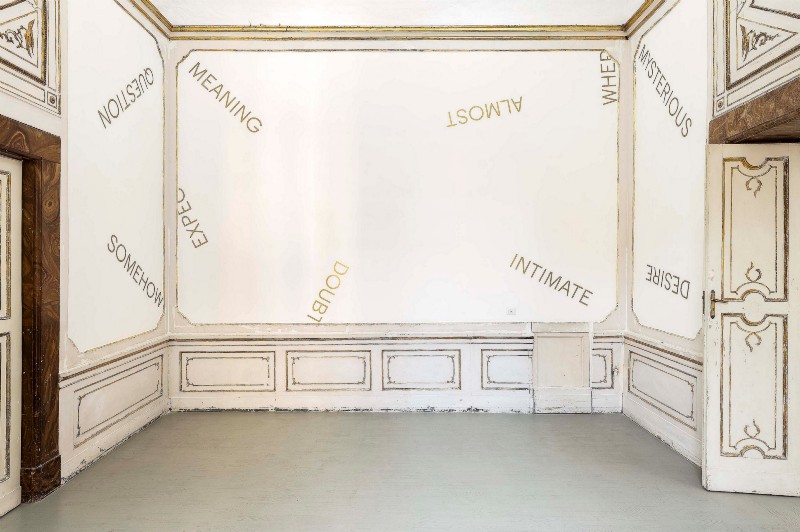 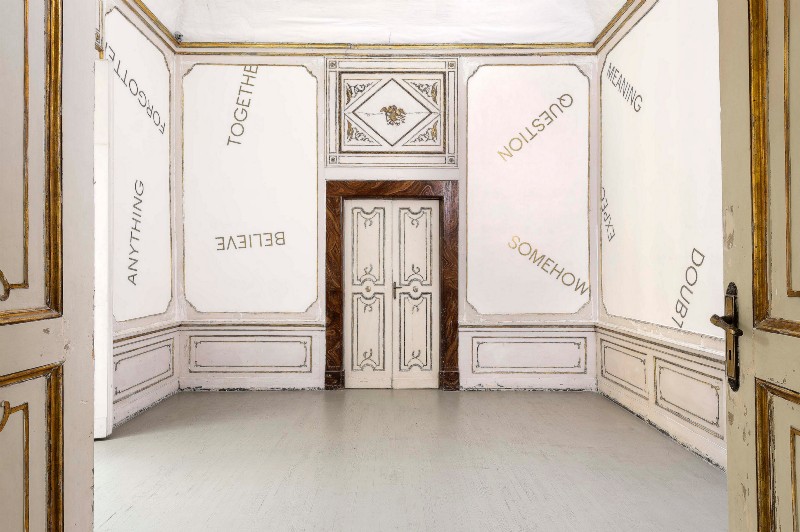 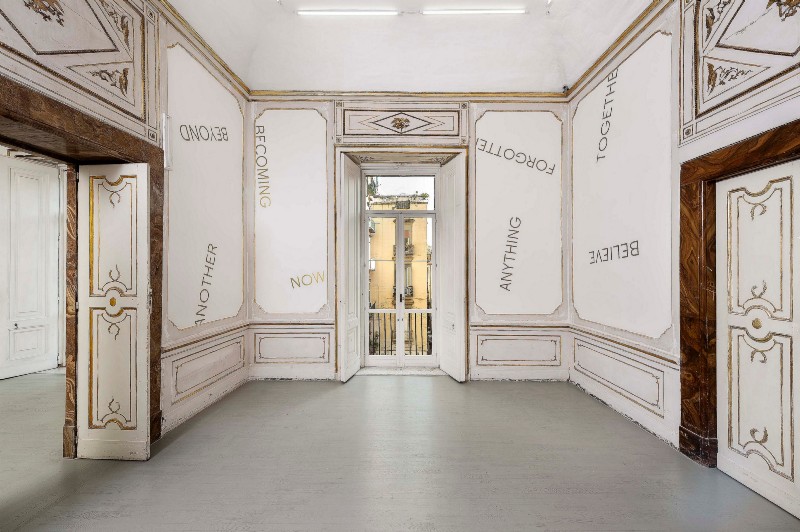 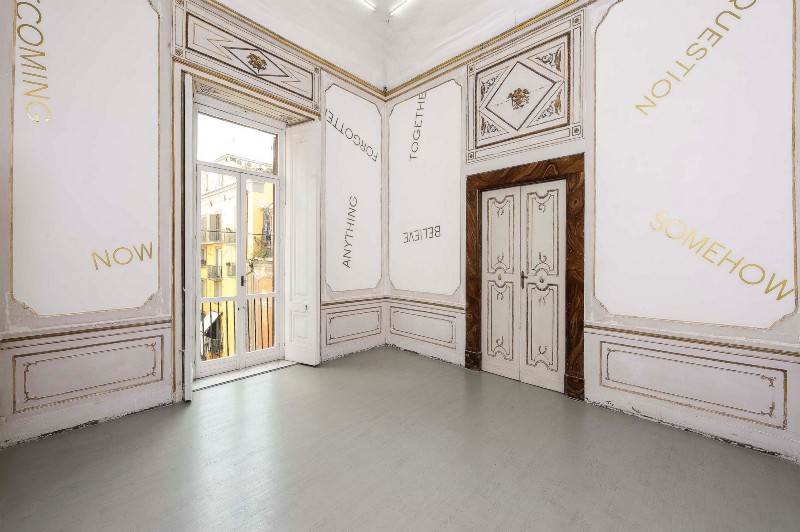 Robert Barry, born in New York in 1936, is considered one of the pioneer and most significant representative artist of the Conceptual Art movement. Around the middle of the '60s, Barry start investigating the space around the canvas as well as the space within, as well as the placement of the work in the exhibition context as a primary component of the artistic operation.
The artist questions the limits and the true nature of perception, our senses possibilities in relation with often unknown and intangible elements. It has always been for him the very act of perceiving, rather than the object of perception, to be interesting and meaningful.
After years of experimentation where the artist used the most varied media (ultrasonic sounds, inert gases and magnetism) to conduct his artistic research, in the early '70s Barry decides to focus on the word, as a unique vehicle of meanings and privileged tool of communication.
Famous and explanatory in this sense, is his quote: "Art is a language and has roots in the language". The latter is therefore a set of arbitrary symbols that combined together, according to precise rules, become universal, allowing the passage of meanings whenever it is in act a communication process.
The word can be painted on a canvas, directly on the wall, printed on paper, projected on slides or carved. Fundamental for the artist is the spatialization of the word, the relationship between it and the emptiness around it.
Barry himself in 1969 said: "Nothingness seems to me the most powerful thing in the world." The language is therefore used in reductive terms absolutely simplified, often tautological but at the same time very evocative and rarefied. The artist draws on an ever growing list, all of a general nature to construct his verbal work.

Faced with a great variety of meanings and signifiers, the fundamental constant of all his research remains the fact that between his mind and the public's gaze, there is a passing of ideas and concepts, not pre-established and intentional messages: a point of arrival and a departure that becomes the real creative engine of his work.

The appropriation of the message by the viewer takes place several times: at first there is the decoding of words that are read individually, following the lines created by their position. In a second moment, by taking a step backwards, one can consider the work as a whole by observing the context in which it is inserted and the relationship that it establishes with the surrounding environment. After that, getting closer again are only the central words to catch our attention: scrolling every curve of every single letter moves from the central space to the incomplete words that seem to continue outside the support itself, thus allowing the viewer to create a personal conclusion. Like if they were fragments of unconscious.

Interesting food for thought is the famous quote by the famous art critic Lucy Lippard: "Barry does not work with words: he communicates conditions."