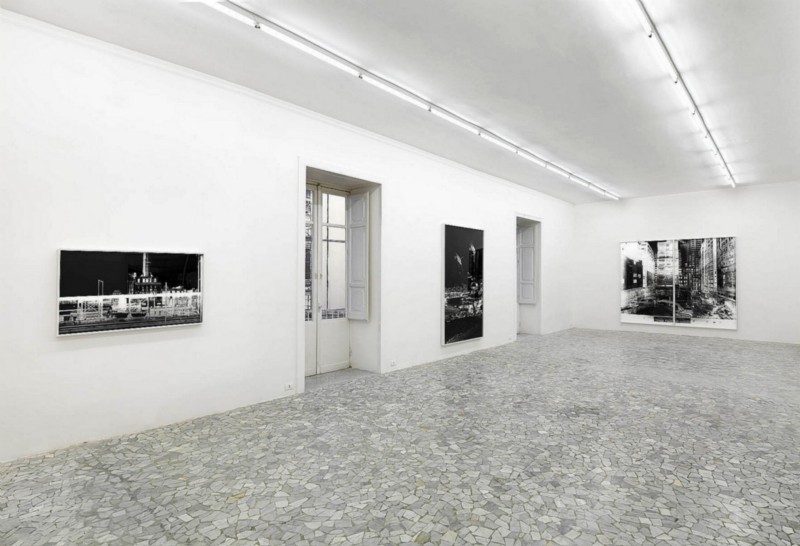 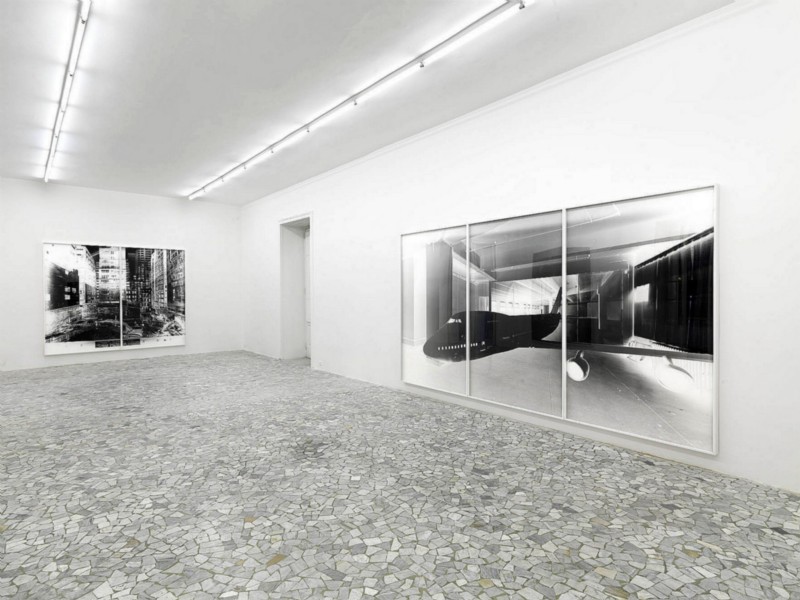 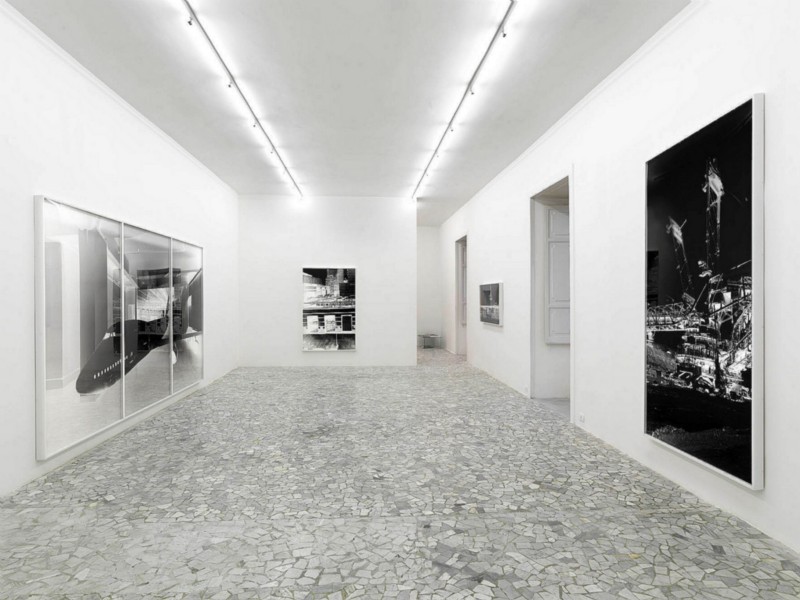 Alfonso Artiaco gallery is pleased to announce the opening of Vera Lutter's solo exhibition, on Thursday, October 27th at 7:30 p.m. The artist will be present.

The Alfonso Artiaco gallery opens the new season with the first exhibition of Vera Lutter in the spaces of Piazza dei Martiri. The German artist (but resident in New York since 1993) uses the camera obscura, a device originally developed during the Renaissance as an aid in the recording of the visible world, to make her monumental black-and-white photographs of cityscapes. "All images are rendered with the technique of the camera obscura in which a large room substitutes as a camera. The image is made directly onto photographic paper and retained in its negative origin. Consequently each image is a unique piece that cannot be altered or multiplied." (V.L.)

The works shown orbit around two key themes that Vera Lutter has been continuing to explore in her work over the past 15 years. One investigates metropolitan architecture and the way the man-made world affects our lives within cities. The other theme explores an aspect of transition, travel and voyage.

"The architectural works presented in this show, look at the ever-changing urban landscape of New York [...] My earliest New York piece is a distant view of the city skyline from 1994, followed by a piece from 2005 that documents a newly devolved neighborhood of corporate architecture with large shop windows, fake facadism and a large void side walk. The last piece in this body of work is from my recent ongoing project: 333 West 39th Street in New York City, in which I observe the loss of the view from my studio where I have inhabited for more than 14 years. Over seven months, I have made seven large images of the changing site to document the loss of light and visual space, as a new high-rise is erected.
The use of architecture as medium (the camera is a room) and subject matter (the urban environment) testifies to a conceptual investigation within. The process also allows for an intimate entry of the distant world into the privacy of my large camera, which I inhabit during every exposure.

My goal is to draw attention to the parallels between the empty vessel that conceives cargo for logistical transfer and the void dark interior of the camera space that allows for the transformation of light into image." (Vera Lutter, September 2011, New York)