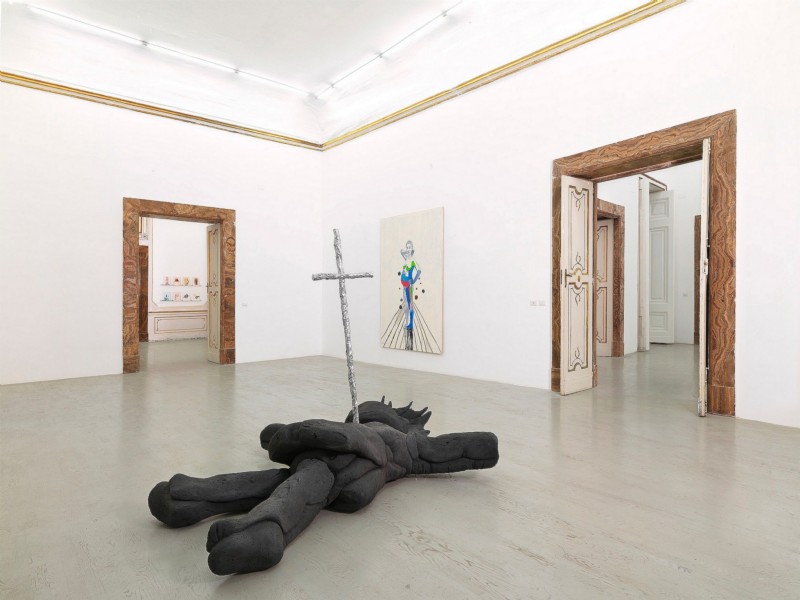 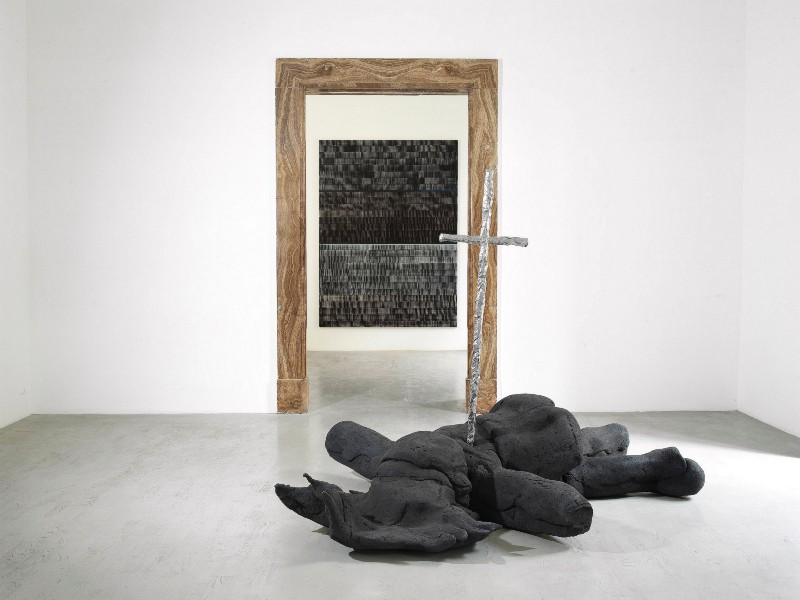 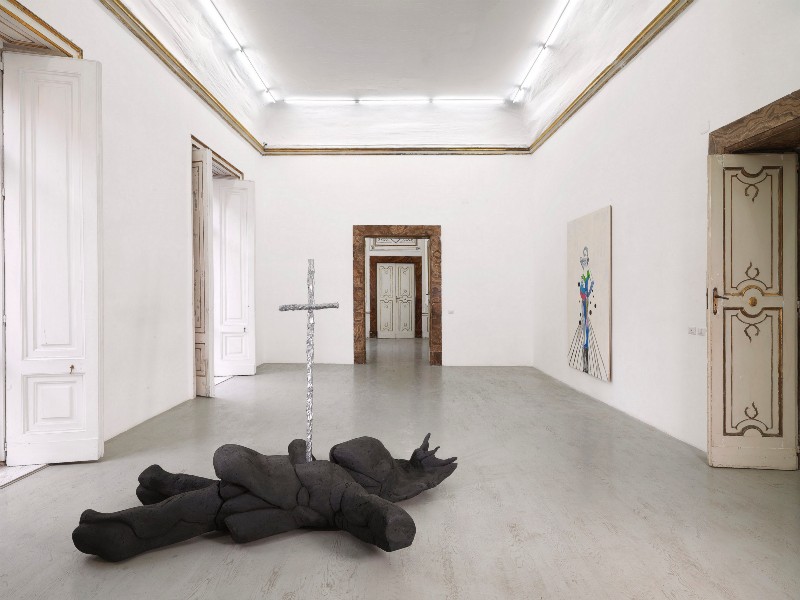 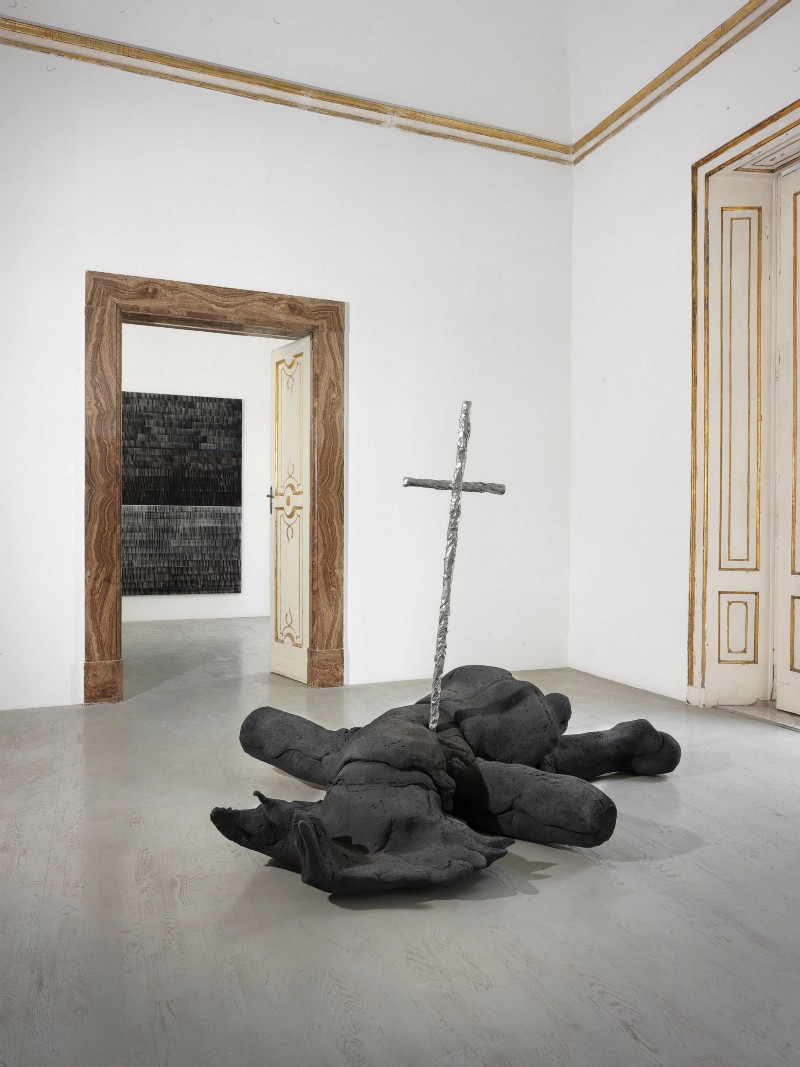 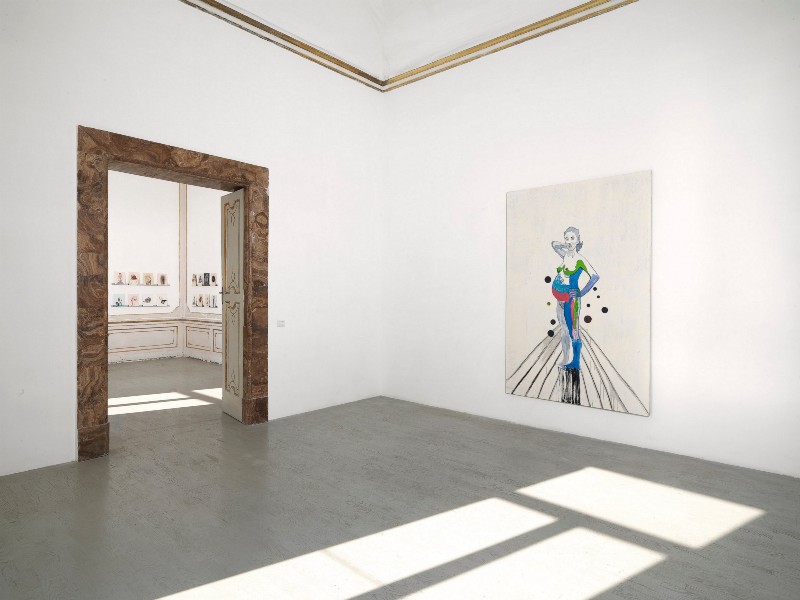 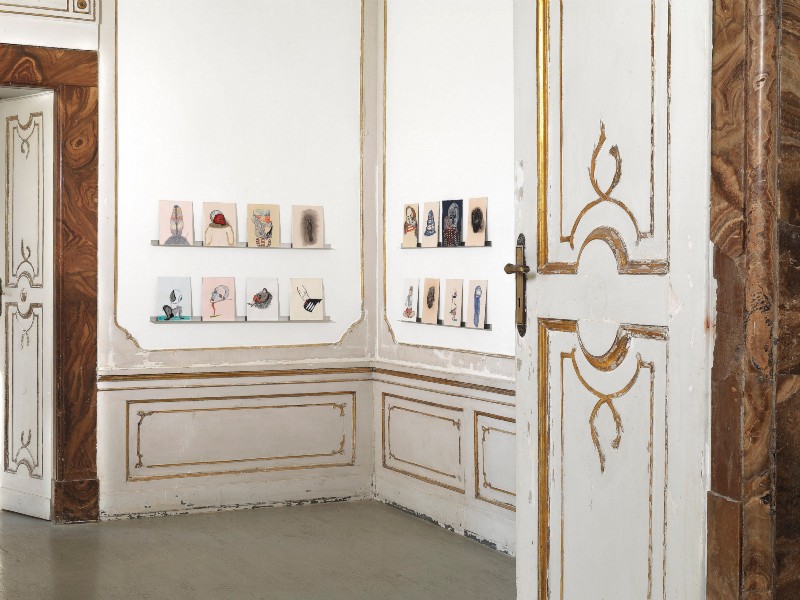 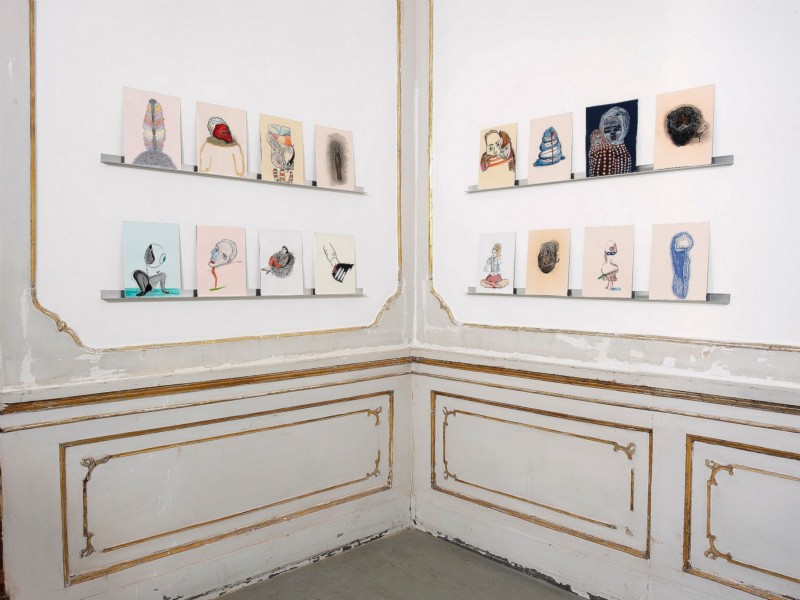 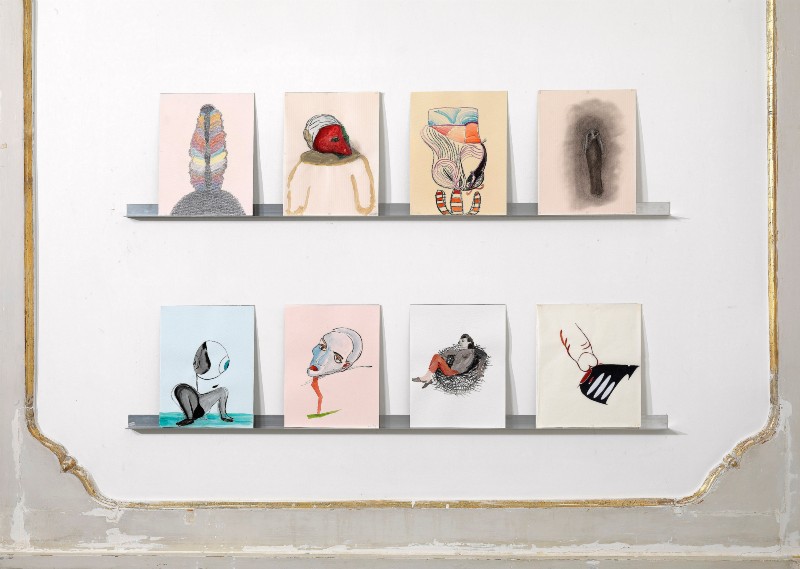 Alfonso Artiaco gallery is pleased to announce the opening of the first solo exhibition in Italy of Victoria Civera and Juan Uslé, on Saturday, 16 November 2013 at 7 pm.

On the occasion of this new exhibition, the gallery spaces turn into the scenario for a dialogue between the works by the two Spanish artists, exhibited alternatively in the rooms of the gallery, except the last one where paintings by Uslé and drawings by Civera are shown together.

Victoria Civera (Port de Sagunto, Valencia, 1955) has investigated a range of media: from photography, photomontage, happenings at the beginning of her career, to painting, media that she never stopped to use since the late 70'. After a first phase of small canvases with representations of objects loaned from everyday life, the artist's interest opens to volumetric works: the constitution and the use of materials on floor, their immersion and expansion in the three-dimensional space. The aesthetic of Victoria Civera refers to a universe in which to expand her feelings, emotions and experiences of life in a constant search for dialogue between the figurative world and the abstract world. The exhibited works show women, usually alone, as archetypes, free beings, sometimes curious, sometimes wounded but always strong. The large canvas, Pregnant of Colour, 2013, as well as the sculpture Again, 2013, along with the small-format works of the last room, make up the world of signs, symbols and representations that Civera "invented " which conveys one of the sharpest and radical ways in the contemporary art scene to speak of women of the Western society.
Her works have been exhibited in numerous galleries and museums in Spain, England, France, Belgium, Brazil and the United States. They are also part of permanent collections of museums and Spanish foundations, including ARTIUM Vitoria, Caja Burgos, Banco de Espańa Collection, Contemporary Art and Col. leccio Col. lecció Witnesses "La Caixa", IVAM, MACBA, MNCARS, Patio Herreriano Museum of Valladolid, Caja Madrid, CAC Malaga.
Juan Uslé (Santander, 1954), one of the most important Spanish painters, lives between Saro, a small town in northern Spain, and New York. This displacement of the centre of his life is a fundamental part of the inspiration of his work. The artist has long applied a method of painting characterized by a particular stroke. Several times Uslé talked about the identification of the sequence of his brushstrokes with the beat of his heart. In this series, Sońe que revelabas, to which the three large paintings in this exhibition belong, the brushstrokes are organized in sequence, in wide rows that occupy and at the same time build the space on the black canvas. The result changes from painting to painting, inspired by memories of different places and feelings. "Perhaps it has something of a cardiogram as well, each stroke being systematic and mechanical but also organic, biologically or physically motivated: the echo of one's heartbeat, the pounding of the waves on the sand" (Juan Uslé interviewed by John Yan, in The Brooklynrail.org)
The conjunction between method and private life also characterizes the series In Kayak. These works of small size and deliberately with Spanish subtitles, all dated 2013, are characterized by horizontal bands of black tone separated by strips of different shades of colour. The series has been inspired by the artist's night excursions on the river near his home in Spain.