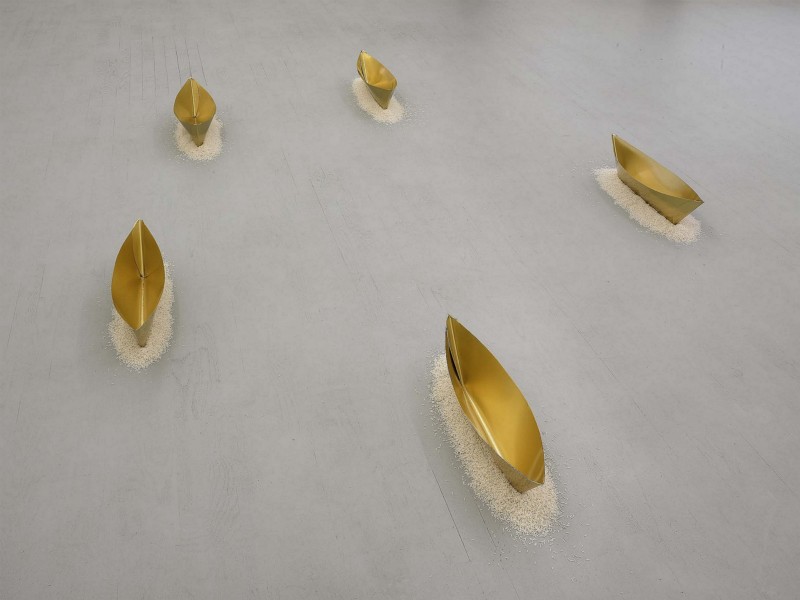 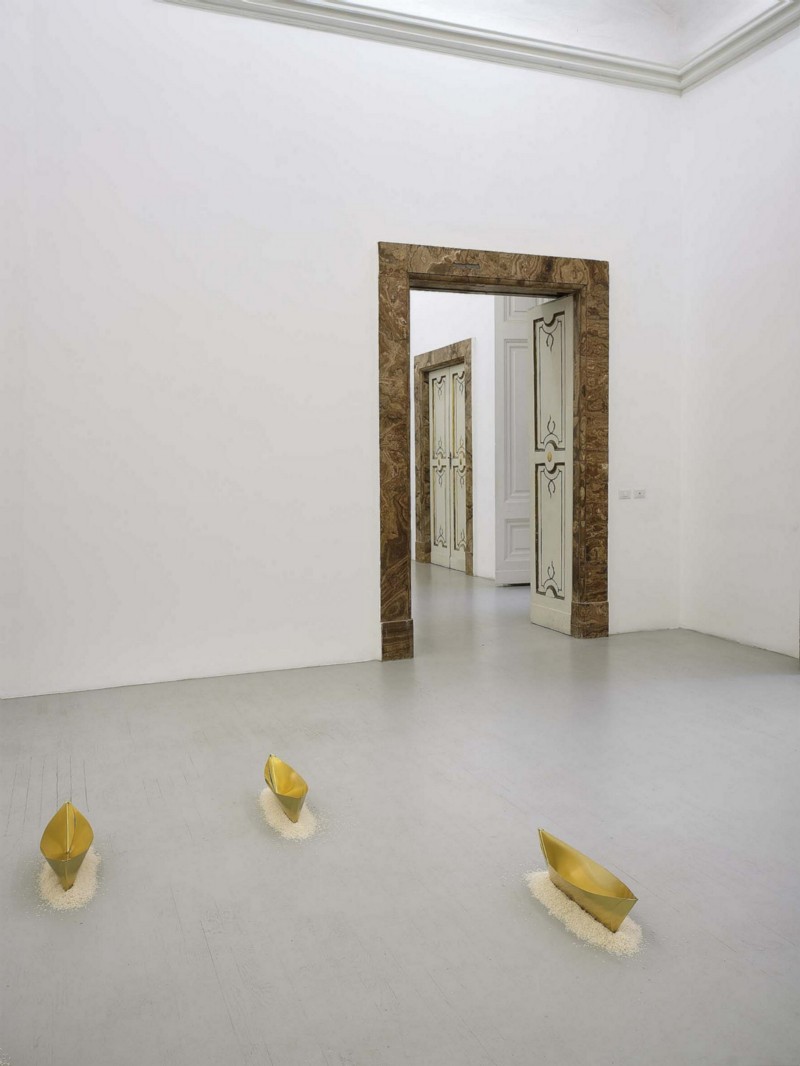 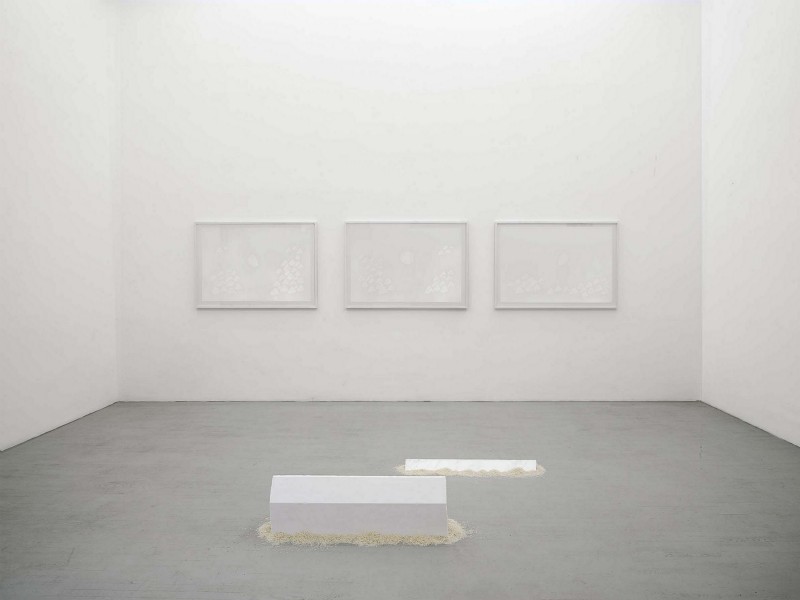 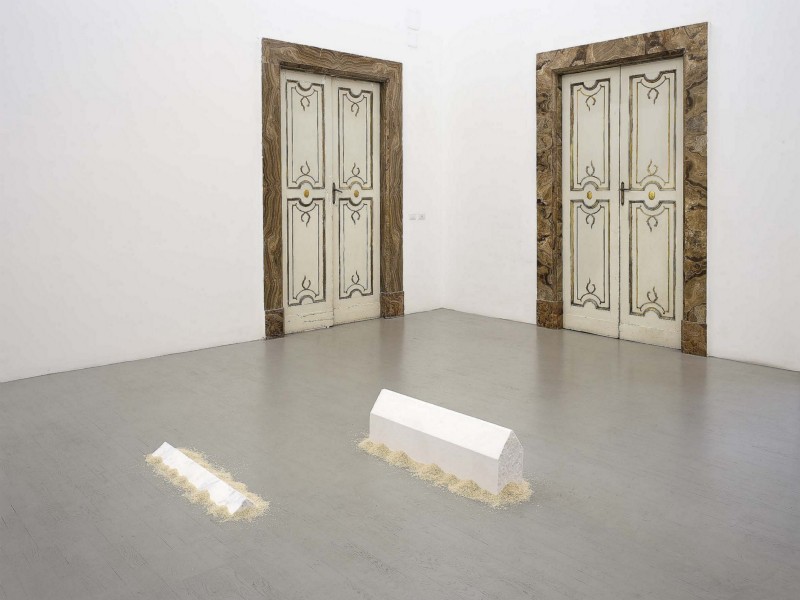 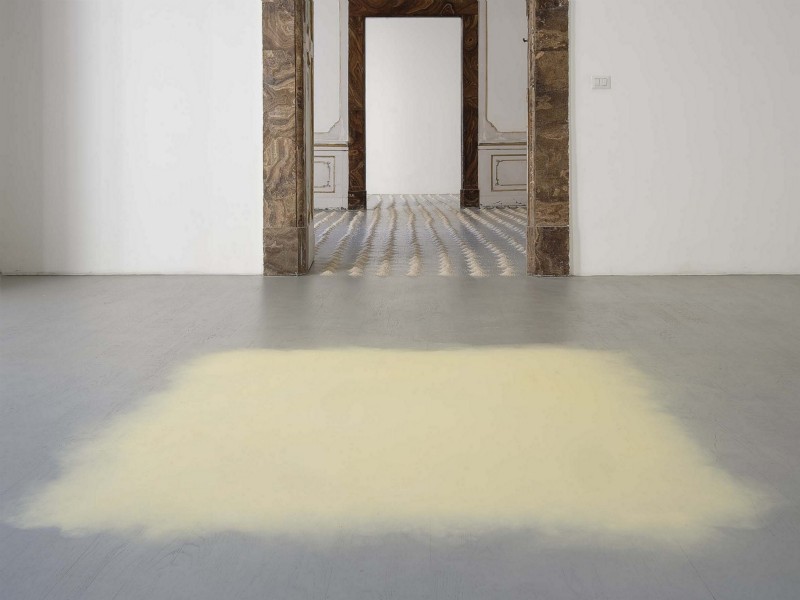 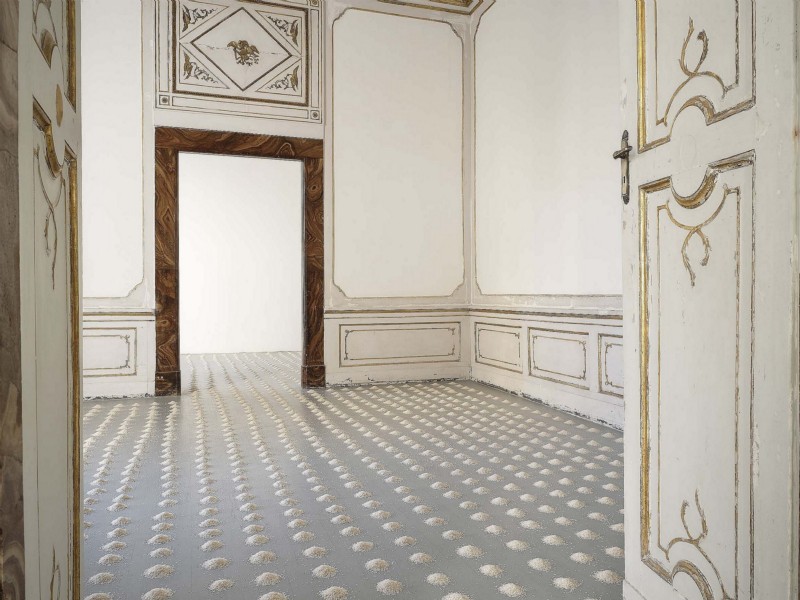 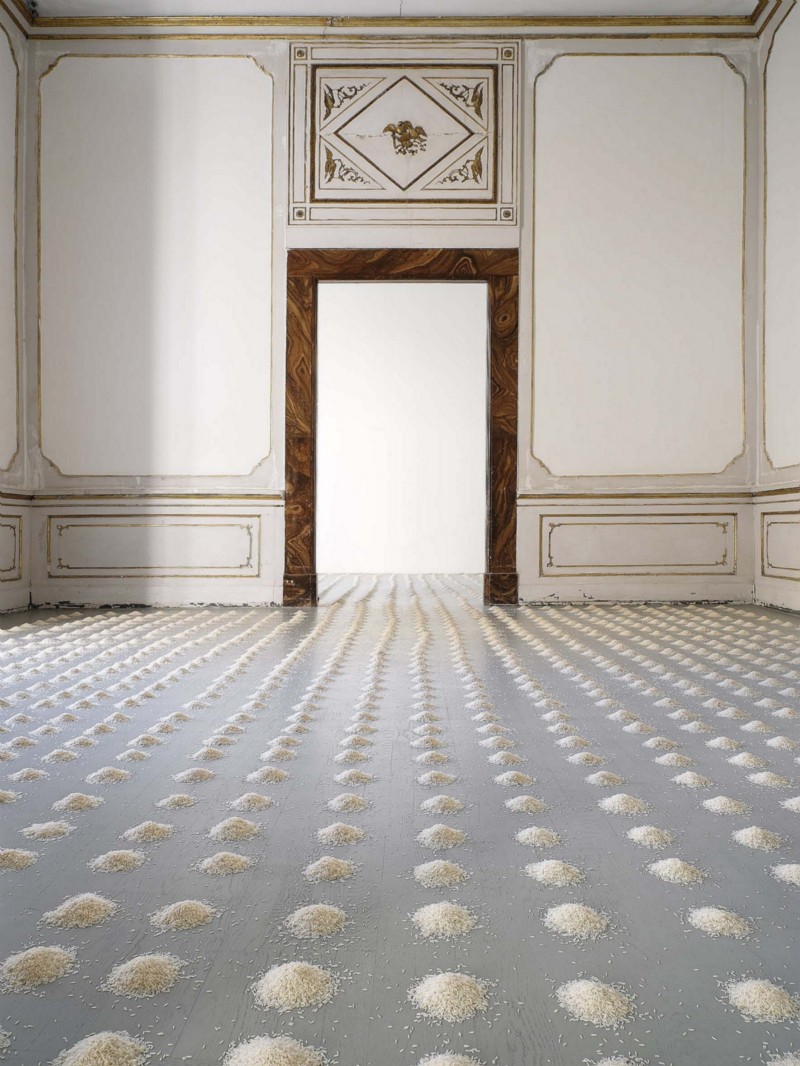 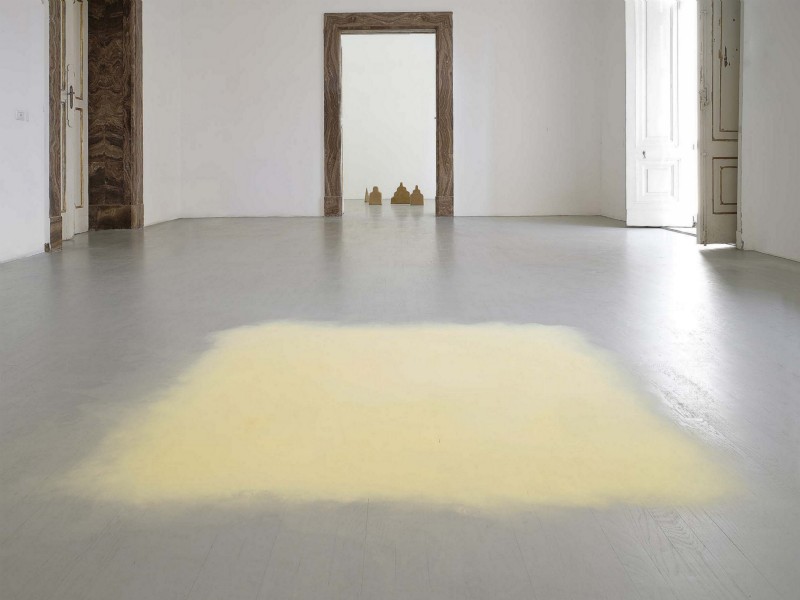 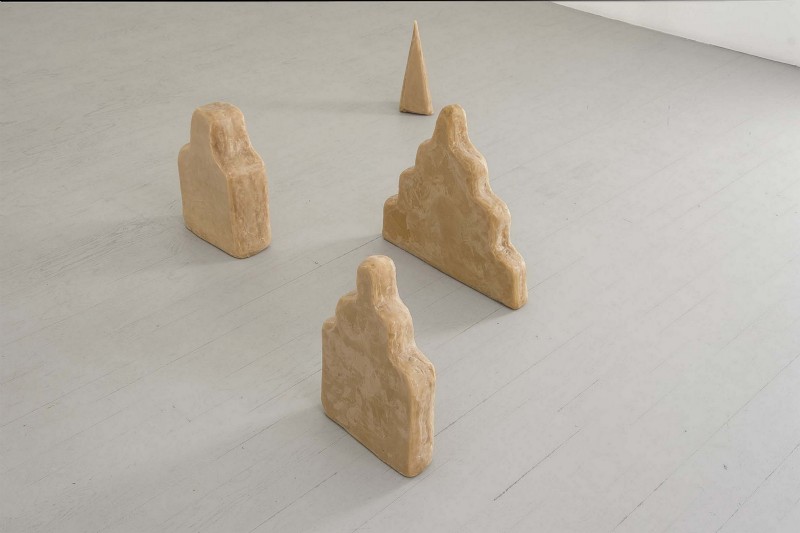 Alfonso Artiaco gallery is pleased to announce the opening of the solo exhibition by Wolfgang Laib on Saturday, October 29th, 2016 at 12 pm, with artist’s presence.

The employment of natural materials, such as beeswax, rice and pollen; organic elements selected for their purity and symbolic meaning combined with the cool white, opalescent, solid marble and brass cones, characterized the research and the practise of the artist throughout the rooms of the gallery.
The show opens with five brass ships on the floor posed in mounds of rice, symbol of spiritual nourishment. The ships evoke a journey to another world echoing the meditative attributes of the ziggurat that we will find later on the show. An invitation to cross the borders of a purely tangible world towards a higher spiritual comprehension level of the universe.
The walls of the second room of the gallery are dedicated to three extremely delicate drawings. Here, the possibility to glimpse the trace of the drawing is tightly connected to how the light reflects on the work and the result is a powerful emptiness pregnant with spiritual resonance. On the floor there are two marble rice houses, works that evoke enclosure and protection. The “seriality” that we find in Laib’s works through the years is based on the idea of the eternal “recurrence of the same”, which is key element in Buddism culture.
The main room of the gallery is occupied by the famous pollen piece. Here there is a perfect balance between object and space, where one augments the dignity of the other.
Laib has stated that “pollen is the potential beginning of the life of the plant. It is as simple, as beautiful, and as complex as this. And of course it has so many meanings. I think everybody who lives knows that pollen is important.” Pollen as a detail of infinity, a timeless work.
The artist collects the pollen from around his home in southern Germany during the spring and summer months. Working with the natural sequence of the seasons, he harvests the pollen on each tree or flower when it is in bloom, beginning with hazelnut, moving on to dandelion and other flowers, and finally ending with pine. Each type of pollen is unique in colour and size.
On view there are also four small ziggurat beeswax, here again as for how it was with the ships the evocation to other place is powerful and the archetypal shapes of the works produce in the viewer an effect of spiritual mystery. The ziggurat reflects the artist’s interest in pre-modern and non-western dwellings and spiritual spheres from ancient Middle Eastern and South Asian cultures.
Finally, the show closes with the last two rooms assigned to piles of rice. Another, iconic piece of the artists, whose aim to produce a calm composure, a “pacified disengagement”, a suspension from reality where the spiritual reality of the work is embedded in its materiality.
To make this piece a ritual discipline and repetition of creative gesture is required. The intense concentration and devotion virtually recall ceremonial acts.